Albums by Composer not showing up under Composers -> Composed By

I have classical albums that are correctly identified by Roon, but do not appear when I go to Composers → Composed by.

For example, from Composers, I click on Ludwig van Beethoven. Under Composed by I see some of the albums, but not all. Switching to the Compositions tab here shows the compositions from the missing albums.

One album that is missing from the composed by view here is Symphonien Nos. 5 & 7 by Carlos Klieber and the Wiener Philharmoniker.

Is there a metadata correction needed on the album to force it to show up here? How does this work?

Here is what I see under Composed by for Beethoven: 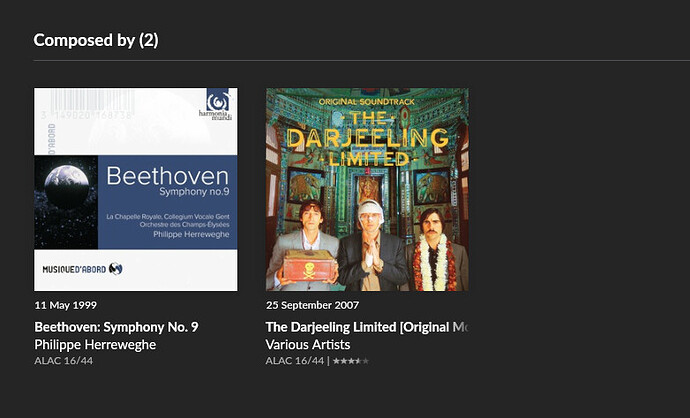 And when I switch to the compositions: 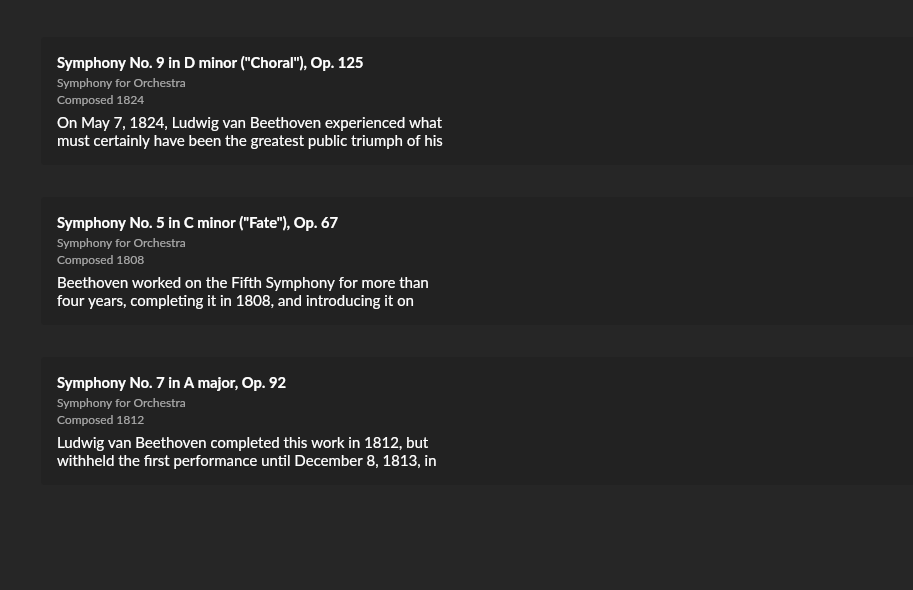 And this is the album that doesn’t show up: 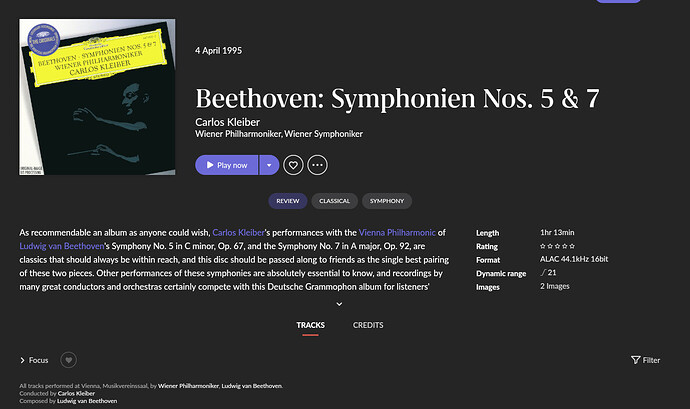 I finally figured this out. I had to remove Beethoven as the primary artist on all tracks, leaving just the composer credit.