Albums from Qobuz not in my library anymore :-/

Not the first time I’m having this sensation but… now I’m sure: some (can’t say how many nor which ones 'till I discover they’re missing) albums from Qobuz I already had “Added to Library” are not there (in my Library) anymore :-/

eg this one by Ibrahim Maalouf (plus a few more by him) still show, now, the “Add to Library” button:: 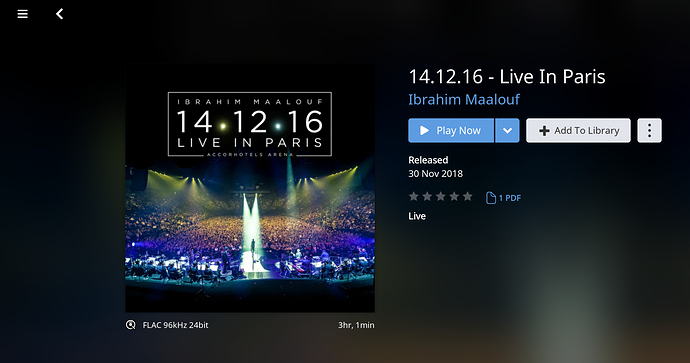 or this one by Zara McFarlane (plus others by her) that I had to re-add to library (in fact it shows, now, “Focus On Similar” instead of "Add to Library):

no idea how/why/when this happens (for sure somewhere between first Roon’s release integrating Qobuz and this last v416: both of the above were added the days immediately after Roon/Qobuz integration)

Is it possible that in fact the albums are in your library, but you have navigated back to the Qobuz versions, which will always say “Add to Library”, even when they already exist there?

Can you confirm how you’ve navigated to this album?

As Geoff suggested, this album may exist in your library but you navigated to a version outside of your library.

Paolo, where is that screenshot taken from? It seems very different to mine… 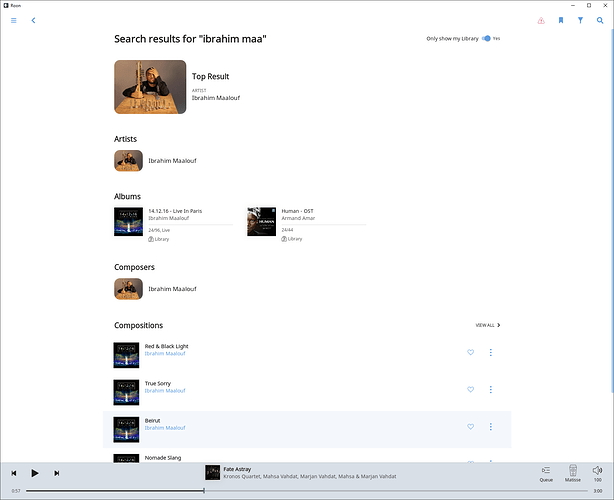 @Geoff_Coupe that’s how search result looks when nothing is found. I only cropped “some” black 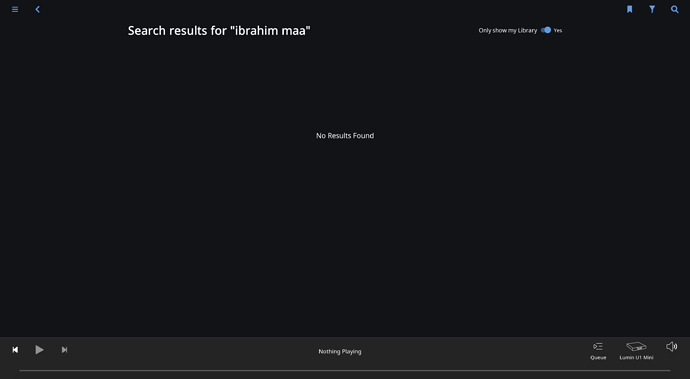 Well, I’m surprised that you don’t even see the results for the artists… It’s almost as though you are not signed into the Qobuz service…

isn’t files from Qobuz not in my library anymore what we’re talking about?

Thanks for the additional details + screenshots above.

Can you confirm if this album appears in the Qobuz app under your favorites?

Can you confirm if this album appears in the Qobuz app under your favorites?

that’s the (long standing) point, @dylan : I use favourites just to temporarily “keep track” of albums I want to listen to then… I either delete it from favourites tout-court or add it to library. once an album has been added to my library I remove it from favourites (on Qobuz website, not using Qobuz app)

so, to answer your question… no: those albums were removed from favourites after having been added to library

(it does in Qobuz favourites, though)

so, to answer your question… no: those albums were removed from favourites after having been added to library

Aarrggh! So if you remove them from your Qobuz favorites, they will automatically be removed from your Roon Library. This is how the system works, and how it has always worked, despite your earnest desire to march to the beat of a different drum.

Aarrggh! So if you remove them from your Qobuz favorites, they will automatically be removed from your Roon Library

In my library I have plenty of albums from Qobuz, added there then removed from favourites right the way I described. We already discussed this back then when Roon started integrating Qobuz

And yet you seem to be complaining that Qobuz albums added to your library are disappearing… Clearly, something is going on, but it seems to be unique to your situation.

so… you’re saying Roon/Qobuz favourites/library synch happens totally at random: some stuff gets synched and other does not?

No, you’re saying that.

Qobuz/TIDAL favourites should always be synced bi-directionally with Roon. It may not happen in realtime, but it should happen. If it’s not happening with some of your albums, then this is what needs to be investigated in your system, because if you remove a Qobuz or TIDAL favourite from the respective streaming service (whether via the web or the dedicated app), then the corresponding album should be removed from your Roon library.

Perhaps @dylan should turn on diagnostics for your system?

No, you’re saying that.

not at all: my workflow (add to library then remove from favourites using Qobuz website) has been effective and consistent since Roon integrated Qobuz

then, months later, some albums are now missing, but these are just exceptions

Just to clarify here, Geoff is correct about the way this should be working for both TIDAL and Qobuz.

If you delete a Qobuz album from Roon, it is unfavorited. If you unfavorite an album in Qobuz, it should no longer appear in Roon.

Your Qobuz favorites, and the Qobuz albums in your Roon library, are meant to be in sync.

If there are cases where this is not true, as in you have an album that is in your Roon library but not in your Qobuz favorites (or the other way around), we should look into these cases so we can understand why.

ok, so… here’s a screenshot from my Roon library and one one from my favourites on Qobuz website: as you can see many albums are still in my library (because I clicked “Add to Library”) but not anymore (as I removed them from there) in my favourites 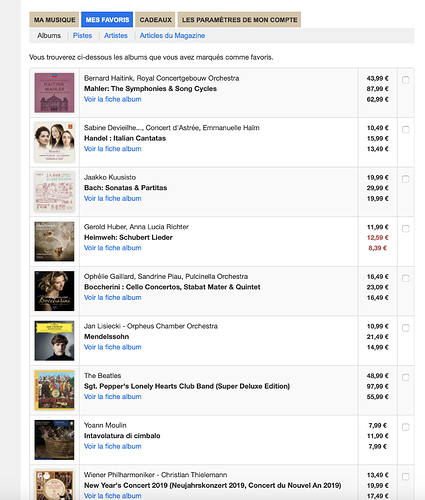 oh… almost forgot: if the above turns out to be a bug… please DO NOT fix it

(and delete forever this whole thread