The PCM5122 has build in “hardware volume control”…thats what its used by the driver.

Still we think that a proper hardware volume controller should be made (analog domain). We are working on it (relay attenuator that will work with all our DACs)

Thanks Johan!
That’s good, volume control in the analog domain would be appreciated on my end

But not sure I understood correctly, I personally would prefer an integrated solution not an add-on board to perform the volume control. But maybe you meant that anyway. I’d rather replace the current Boss, than having more interconnected components.
Looking forward to your progress!
Mike

Another question around the 384 issue w/ the kernel. Is there any distribution that has Allo Boss working at 384?
Thanks,
Mike

I do not have a Boss, but have successfully streamed 384 content using the HifiBerry and IQaudIO hats (both also use the same PCM5122 chip) using DietPi. The caveat to this is that you have to explicitly enable the 384 kernel in dietpi-config --> Audio Options --> 384 Kernel. DietPi is very simple to setup, and you can find lots of information about this (and users) on the Roon forum.

Thanks Jim, but when you enable 384 in the DietPi kernel the board is no longer recognized by the roon software (or maybe by the driver.) At least it will no longer show as a client in the audio setup. See also http://dietpi.com/phpbb/viewtopic.php?f=11&t=1480#p6163

Yeap Boss is running on 384 on experimental releases of some players. (since 384 patch was not accepted in raspbian) I will check for DietPI

Yes - as you can see in the link Mi_Zu refers to, we have to wait for Fourdee to make it work - but it is on their list.

I am just referring to the fact that our clocks (our hardware) was tested with 384 and works fine.

Good news. It appears DietPi is now patched to run 384 in the default kernel.

So the only thing remaining is, why does the roon on my dietPi with Allo Boss not update?
It is stil 1.0 (build 86) and it says “You have the latest version installed.”
Any ideas?

Build 86 is indeed the latest version of RoonBridge. It is DietPi that must be updated for the 384 kernel to work. If you read the linked post, this will be updated in DietPi v149 (not yet released), or you can update the DietPi kernel manually with the instructions given there.

Update I already did right after your post following the kernel update procedure. 384 is also green now.

I am just surprised, that roon v 1.0 build 86 is the latest. Marketing says “simultanous release for all platforms” maybe only the controller part…

This issue of 384 kHz compatibility has nothing to do with Roon or RoonBridge, which both support even higher sampling frequencies. It is a limitation of the version of linux running on your RPi. DietPi has updated their linux kernel, which now supports 384 kHz streams. It’s important to note that DietPi has no affiliation with Roon (it is, in fact, useful for many other applications on SBCs), but it’s a really simple way to get RoonBridge running on an RPi. The developer of DietPi (@Dan_Knight ) simply chooses to be active on this forum.

I understand - and maybe I should have opened an extra thread regarding the version of roon for RPi/dietPi.
Is there a page where you can see the latest version of the roon bridge SW for the different client platforms?

Look in the Release Notes topic for the build numbers of the various software components., e.g. Roon 1.3 (Build 223) Is Live!

Finally the case for the Boss was available to order so I did so as well as the Boss. To my dismay the case was poorly packaged and was broken on arrival. So disappointed! @allo.com 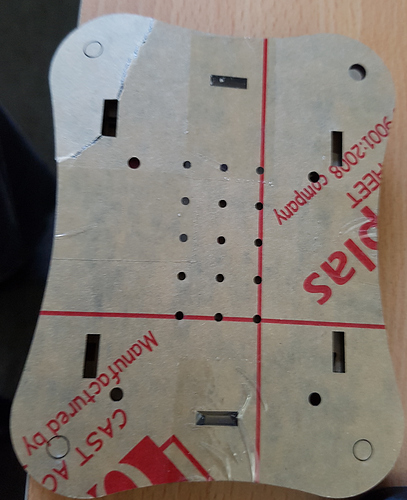 Image looks on website good, can you confirm power input is mains voltage? Or is it a DC to DC converter ?

If it provides 240v to 19v then it would work for many of the other Digital amps out there as well as Volt, could be a popular item and pull more Volt sales.

we are so sorry for the shipping problem, I am already in touch with the CS and I will send you a replacement right away

We are trying now to get exact noise measured…