Frequently I’ll see users sharing that they have 5, 10, 20TB worth of music on their servers, and i’m like, holy crap.

I totally get that some folks have giant libraries, with thousands and thousands of albums, but wondering if they have such large storage needs because of downloaded HI-RES DSD stuff, or what.

I have a FEW hi-res PCM albums. No DSD.

Not having size envy by any means, but just curious if this is normal.

(Or should I see a doctor?

Yep mines not at 500gb yet but mainly cd quality with some hires. 900 albums now. I am becoming less bothered about hires as my cd rips sound amazing on the whole and I keep buying second hand or just cheap CDs and rip don’t notice a huge uptick for a lot of them when listened to suposed hires on Qobuz. I don’t get DSD at all tried a few demo stuff and was left unimpressed.

Yep mines not at 500gb yet but mainly cd quality with some hires. 900 albums now.

ok, so that’s in line with my experience

I don’t get DSD at all tried a few demo stuff and was left unimpressed.

Some say it’s life changing. I don’t doubt that for some, with esoteric systems and highly treated listening spaces, it is. But I can’t tell the difference in my living room.

I would also borrow CDs from my friends, rip and return.

So… before the thread gets derailed, maybe we count my emoji as the complete editorial commentary on that, and focus on the storage thing.

I recently had to replace my 2TB spinning HD on my NUC as it went below 10% and I knew it would run out soon.
I own about 4,000 CDs and a lot of digital albums (damn those early 2000s when 128 and 256KB MP3 seemed reasonable). Got a lot of digital high resolution now as well as I still like to own my music.

So now I have a 4TB SSD which would have cost the price of a Nucleus a couple of years ago. Still just above 50% free on the new drive, so should last me for years ahead.

I still have a bunch of 256K AAC files I bought from Apple back in the day that I essentially ignore.

4000 is a lot. I would need three times the space as I already have to accommodate that many CD’s! I suppose an interesting side discussion would be “if you’ve ripped your CDs, do you still display (or play) them?” 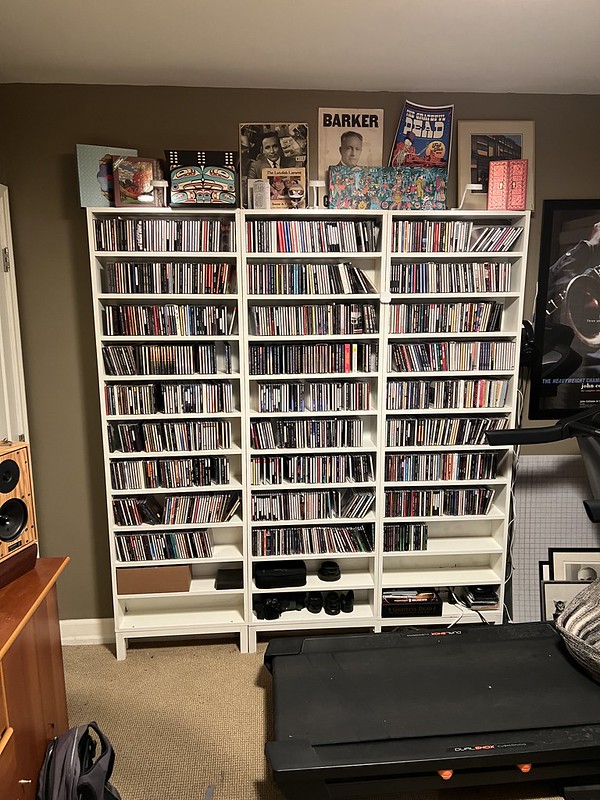 Before my therapy sessions, I use to have near 6000 CD’s before the wife struck.

Now you can laugh.

I’m in severe need of emotional support… Prior to Roon ARC I have never had the need to put my CD collection onto a computer. For the past 13 or so years I have streamed music exclusively and retired my CD collection to safe storage in my garage about 6 years ago. Boxed away with big writing ‘Do not move’ plastered all over the boxes. I last saw them 2 years ago due to working away during the pandemic. The garage became the main dumping ground for all of life’s ‘don’t need that right now, put i…

Before coming here I thought I had a lot of music.

I make no claims to normalcy.

details or it didn’t happen

Ripped all my CD’s more than 10 years ago - been streaming since then.

I’ve a musicologist acquaintance who’s also showcasing for a German high-end company in his large, converted countryside farmhouse with literally rooms full of mainly LPs and “some” CDs, stacked from the floor to the ceiling with tight paths between storage rows.
Tens of thousands of albums, mostly classical, and he’s got everything meticulously sorted, as well as he’s very much at home in telling background stories.
No computer or any sort of end-point in his listening room…

My wife spoiled my record by buying a BOOK

We’re looking for somewhere to put - no Bookcases

The only reason I have the LP’s is my brother made both of them and I’m the drummer on one. I bought the DVD when I got my Oppo 203 to try it out. I should sell it, the DVD. 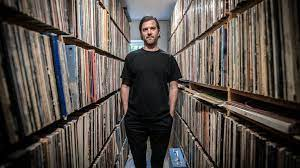 Died at age 65 of heart attack. Maybe from worrying about his record collection?

I listened his programme avidly in my youth