Another cool footnote with this method is if you’ve got a bluetooth speaker; connect it to your phone. When you step away from your computer, raise the iOS volume on your watch. You’ll never be without music again.

While I would love to have some simple Apple Watch support, I’d much rather have a better iphone app. The iphone app is painfully slow, particularly since it seems to have to go back to the server every time you switch between pages. And there is no way to select multiple albums if you are trying to play more than one album from an artist, or add to your library from qubuz or tidal. A multi-select (for albums and tracks) would help a lot.

Thanks for the workaround Scott! A bonus is that if a phone call comes in, it pauses the system.

I really like the Apple watch apps for Spotify, iPeng, Foobar2000 etc. I don’t know why Apple products dont get the attention they deserve from Roon.

I think you can only legitimately get full control functionality from iOS/WatchOS when using it as the audio output device. However, I cant offhand recall enough of the APIs to remember what is actually technically possible.

The other problem with Apple is that while something may be technical possible for a specific use case, doing so may be against their guidelines which get changed over time. This is further complicated because while you may get an edge case through app store review process, it is not uncommon for apple to decide to start rigorously enforcing guidelines in an scenario whether they havn’t before, with the result that you app gets pulled form the app store long after it was approved. If you are very lucky, you find out they are going to pull it. Usually you find out they have already pulled it.

Android by comparison used to be pretty much the wild west, though I think Google are tightening up as well.

I am hoping that what is possible and allowed may improve a bit in iOS 13 + Watch OS 6. Standalone apps for Watch OS are coming which I am looking forward to both as a user and developer.

The only explanation for not wanting Watch integration is that you don’t have an apple watch. Once you have one playback control from the watch becomes the coolest thing ever. I used Apple Music for one year with watch integration and it’s become second nature; now I am in the 14 days trial with Roon and this is the thing I miss the most in Roon
That is not to say that I don’t get a lot with Roon that Apple Music just can’t do, but lacking this integration is my number one reason to still doubt the decision to subscribe.

The hack proposed by @Scott_Morton (thank you for that!) is a major tipping point for me - it doesn’t always work perfectly and you cant control volume with it, but its better than nothing…
By the way, it’s not just playback control - I play a lot of Roon radio or shuffle playlists and it’s just amazing to just raise my wrist and see what’s playing…

bonus is that if a phone call comes in, it pauses the system.

Actually my Mac does that too even outputting to a ropieee RPi endpoint with usb or dac hat…stumped me the first time it happened, roon was running as the remote on the mac

I would love to have Apple Watch support as well.

It is here : Tidal now on Apple Watch

Why is it so difficult to use an Apple Watch for Next, Prev, Play, Stop and using the digital crown as volume setting?

I use Apple Pay on my watch and it saves way more than 2 seconds. It’s now the only way I pay for things.

I too want Apple Watch integration. While playing a track and working around the house, I don’t carry my phone or iPad with me. Having the ability to, while walking from the bedroom to the kitchen, skip tracks would be very useful.

Being able to switch or group zones from the watch would be cool too.

Why do smart watches exist at all? Why do you use Roon instead of just TIDAL directly and VLC for local stuff?

Part of paying a monthly fee for software/services is expecting updates and expanded support. Every post in this thread that’s like “what about X? haha joke” is probably a legit use case for someone, except your moronic pacemaker comment. It just shows a lack of imagination to how a product you pay for could continue to improve your life.

Thanks for the workaround shown above, Scott. That’s excellent.

I always wear my watch but rarely carry my phone in the house and just need to pause my music for an incoming phone call or unanticipated knock on the door. If you use Apple Home for automation, you can integrate Homebridge (http://homebridge.io).

Someone added this package that integrates nicely as a Roon extension: homebridge-roon-outputs - npm.

You need only add one of your grouped endpoints to the app. When you tap the endpoint, it triggers Roon to stop playback. Tap it again to play.

A Roon extension is available for Apple TV support
(“TV:Remote”).
Once it is up and running as an app in Apple TV, can’t you use an available Apple Watch app to play/pause it?

Another way to control Roon from an Apple Watch is to use a Bluesound Roon-ready endpoint such as a Node 2i or Pulse Flex, then control playback from the Bluesound app in Apple Watch. If you want to play through a different endpoint, you could group that endpoint with the Bluesound device then use the Bluesound app as a bridge to Roon control. I have not used the app enough yet to understand its strengths/limitations fully, but first impressions are good.

I think this would largely bubble up to Apple Watch support if Roon integrated with iOS more and provided controls via the lock screen and control center, etc. without a purpose-build app requirement.

Interested? @DrCWO and i might soon release our Apple Watch standalone App as part of rooExtend (https://rooextend.com): 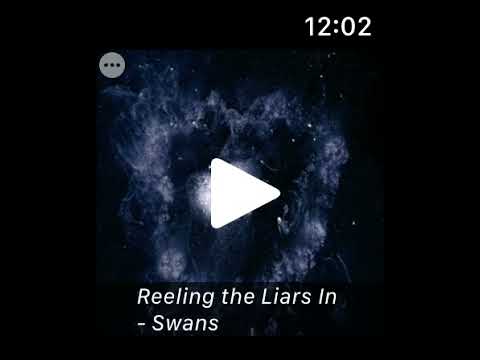 wow looks amazing!! please let us all know when this would be ready

As far as I see now the app is programmed and runs on the Apple Watch simulator within X-Code.

This means we have to test it with some real watches first, probably do some debugging and this will take some time. As Klaus starts in his holidays next week please be patient.

If you are lucky it will be ready at end of September. But this is no promise

If I can’t run Roon easily from my Apple Watch, it will definitely affect my satisfaction with Roon, and my likelihood of renewing. Thanks in advance. R.