My example.
Artist: Linda May Han Oh.
In my own collection I have following albums.

No tracks are chosen from the albums on which she appears, what I hoped for.

Is there a setting that enables this? Or do I need to initiate a feature request?

Pressing play from which screen?

From the artist screen.

Is Lucent Waters in your library?
It isn’t in mine, when I play from artists page it goes to one of the other albums immediately.

Thanks for checking things out at your side.
Yes, Lucent Waters is in my library.
Howeverr if I delete it in my library, it is still available as main album in Qobuz and it makes no difference. Only playing main album tracks.

If I edit In Common 2 to include Linda Oh as Primary Artist Link, so that it appears also as main album, tracks are chosen from the two main albums then but still no appeared on track.

Shall I move this to the support category where it will be seen better?

@support Any insights from your side?

Does this behavior only occur with the Linda May artist example or on other artists as well?

I have the same with Melissa Aldana. 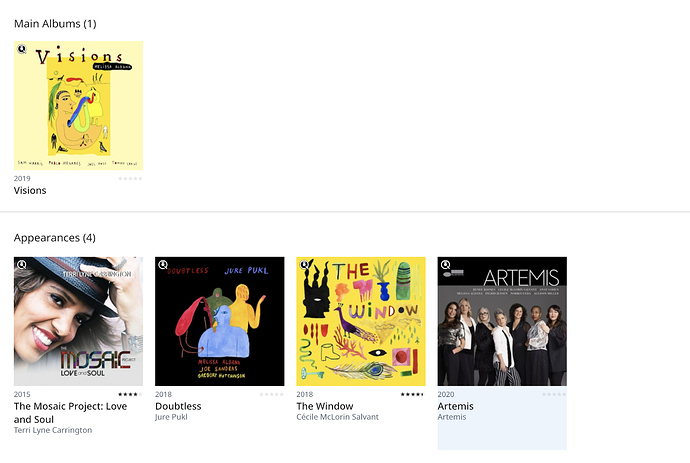 Networking details (especially what hardware you’re using, how everything is connected, and anything notable about how it’s all configured)

Library details (where your music is stored, whether you’re using a streaming service, how many tracks are in your library)
Library on QNAP Nasbook, using Qobuz, total: 2030 albums with 26486 tracks of which 5531 on NAS)

Hi @noris, any input yet on this one?

Yes, appearances besides Main Albums should work, but the picks are definitely weighted in favor of Main Albums.

For examples where they are not playing, are these albums local or from a streaming service? If local, are they identified?

These albums are from Qobuz.

What else could I check?

I just wanted to let you know that I’ve passed your report along to our team and they’re looking into this. We appreciate the feedback!

Any new insights on this issue?

Hi @Paul_Hermans
It sounds like you are shuffling, which would only include your library. It sounds like your default is set to Shuffle, not Play Now.
Go to Settings>Play Actions>Composers and Artists and set the default action to Play Now.
Alternatively, you can select the down arrow in Play and select Play Now as the action instead of the default Shuffle.

Thanks for looking into this.
I checked my settings and the default is ‘Play now’, I assume, see screenshot. 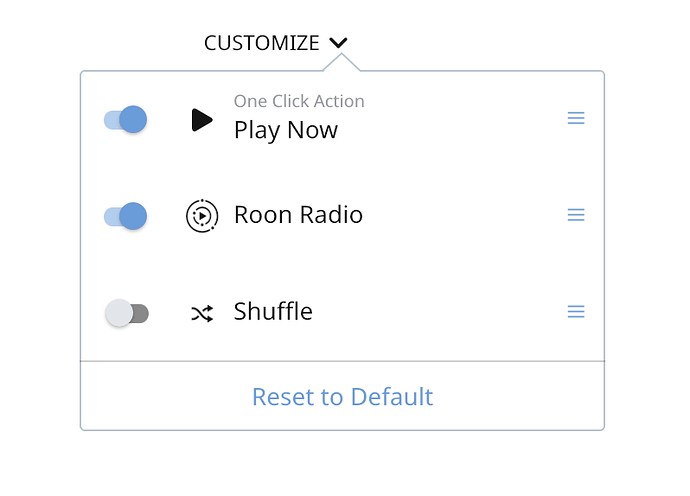 That is strange. I just added the Qobuz version of Lucent Waters to my Library and went to her Artist view and hit Play Now. I can see in the queue that it is playing tracks from many different albums. Under Roon Radio (queue screen) it shows Playing Linda May Han Oh.
So I can’t reproduce that problem.
I can see why this is driving you crazy. Not at all obvious to me…