I was on a trip this summer. Since I have been back, the Automatic Roon Radio function has stopped working. All Roon apps are up to date, so perhaps this snuck in with a recent update that I installed upon my return. The button for Automatic Roon Radio playback after the playlist is activated, but the function does not trigger.

I have also experienced slow Roon performance when loading content, and performing searches. Additionally, my Roon setup has long wait times between songs.

Is this happening on all of your Zones? The Roon Radio setting is unique to each Zone queue…

Yes. It is happening on all my zones presently.

Tim, is this the only issue you are experiencing with Roon, just the Roon Radio feature? Or is anything else behaving differently?

My setup has always struggled with delays between tracks. This is NOT a new issue but has been with me since I started using it. Likely a different issue all together, which I see others have reported. Seemingly, the longer I use Roon, the more I see (at times significant) delays between tracks (local and remote tracks). They can be up to 30 seconds long and gapless playback then also fails. Search is then also excruciatingly slow. Restarting the core and the player will fix the issue, which will then creep back in. All zones in my setup experience this but I notice it most when I am trying to do critical listening or setting up playlists on my MacBook Pro, or Bel Canto DAC.

The Belcanto DAC also seems to disappear from the Roon list of players occasionally, which is then remedied by a restart of the unit (and its network interface).

The last issue is delays on my iPhone when I use it as a remote. The app sometimes becomes unresponsive, or extremely slow, which can also also be true for the desktop app. Qobuz content is usually very slow to load, and the “My Purchases” list is missing from the Roon interface.

That is all I can think of. I’ve been using it daily for about a year and generally loving it. However, the performance and stability are not great. I run a pretty powerful machine for the Core (however, Roon is not yet AppleSilicon-native), as well as a commercial-grade network with gig-speed internet. In response, I would think that the Roon setup should be flying.

From my experience with Roon, these issues of Radio stopping or intermittently working and delays in accessing tracks lead me to believe there may some issues with your network.

Can you provide additional information on your network such as how many devices are connected via Ethernet and how many via WiFi? Also, how many and which Unifi access points do you use? Can you/do you separate the 2.4 GHz and 5 GHz bands on your APs?

I am attaching some screen captures in the hopes they answer your question. 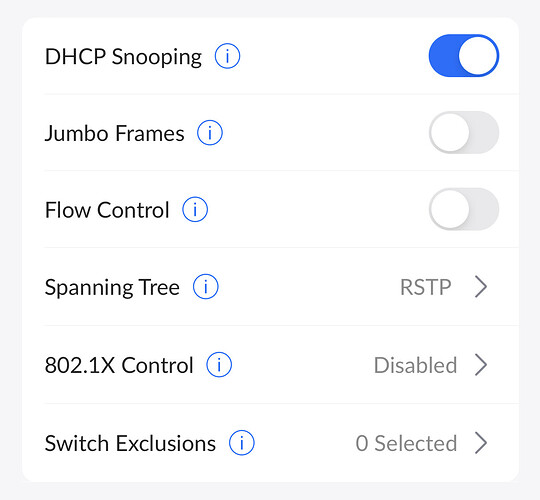 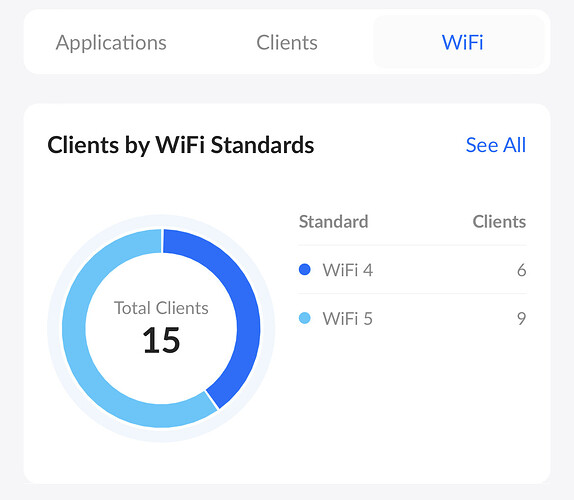 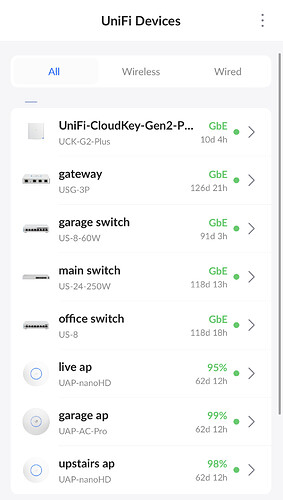 This is helpful, although I am not a Ubiquiti customer. Are the 15 devices on WiFi all audio endpoints, or are some IoT devices such as cameras, thermostats, etc.?

Can you create separate SSIDs for the 2.4 GHz and 5 GHz bands? Is it possible to force your WiFi audio devices to use the 5 GHz band? WiFi 5 does not mean 5 GHz, but rather 802.11ac which was a pretty significant advance over 802.11a/WiFi 4.

5 GHz has more bandwidth and tends (tends only) to be less crowded than the 2.4 GHz band. 2.4 GHz is older and supports WiFi, Bluetooth, microwave ovens, and because it can cover longer distances, may interfere with other homes or uses.

The WiFi devices are a mix of things. A few Sonos players and mostly IoT devices with an occasional laptop, or iOS device thrown in there.

I am not savvy enough to create the separate networks and would need assistance with such an endeavor.

I don’t think that all audio devices I own are capable of 5GHz networking.

Is the Mac mini connected via an Ethernet cable? If not, is this an option even to test?

It is on gigabit ethernet.

As I am playing around with network and WiFi settings, the Roon Radio started playing again 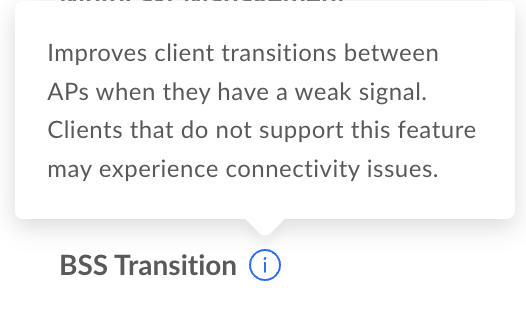 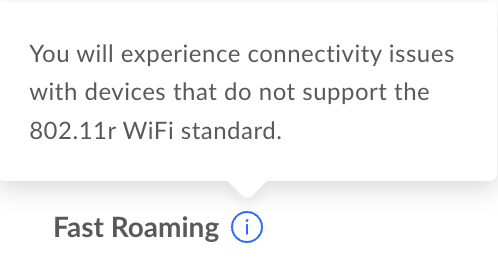 Those are great moves Tim, and good that your mini Core is on Ethernet. Definitely want to boost the 5 GHz signal when you can, the 2.4 GHz signal (today) can work with lower power levels if there are not as many devices connecting to that band. And 802.11r with Fast Roaming typically is needed for enterprise or business networks using that class of authentication, home use may not need it (as much).

If everything is working and stablizes, you may have solved your issues. Please keep us updated.

After a bit of playing around with Roon—in particular on the Bel Canto DAC and using the iPhone as a remote, I find that it is snappier now, definitely suggesting that the network connection was to blame. I will do some digging to see if I can further enhance network setup and performance.

As far as Roon Radio goes (the original issue), I am not sure which of the settings fixed it and why, but it does appear to be working now again.

I edited the title of this post to help others find its content more easily and include the other issues discussed.

Things I hope to do, yet:

All good ideas. Many fiber ISP solutions are also shared (Google tends to not be), but once fiber connections are installed, they have enough bandwidth and typically low latency that most connection issues are mitigated. I always recommend separating the 2.4 and 5 GHz bands for control of connections, hope you can do this. One thing to note on placement of access points, you don’t want them too close together as they could interfere with each other and reduce your network and device performance.

Your issue was probably Fast Roaming. As your screenshot above notes, Fast Roaming should only be enabled when all of the devices on the SSID support it. I’m surprised it didn’t cause issues with your IoT devices.

I have 4 UI APs. Each AP has two SSIDs. One is for 5ghz only and the SSID is shared across all APs for roaming of laptops and phones (Apple products seem to roam pretty well using UI’s default roaming (this is not the same as Fast Roaming)). The other is for 2.4 only and the SSID is unique to each AP. This SSID is used exclusively for smart home/IoT devices which I have found do not roam very well at all (hence the unique SSID per AP). In fact, I’ve come across some devices that will only associate with the AP that they initially associated with when first setup.

#glc650 Would you be open to a quick consult on proper UI setup?

So great to see you having a play with your network to see if you can improve things rather than dismissing it out of hand, as many do.

It made a huge difference to performance.

Now the only issue I have is that my DAC’s WiFi keeps reverting to the 2.4GHz network, as it may be more accessible to it. I want to force it onto the 5GHz network, which worked so much better in testing and for that, I will likely have to separate networks and decide how to place and configure the access points. For that, though, I am out of my element and would appreciate help from someone with Unifi network knowledge.