Hi @support it looks like 1.6 has taken a bunch of album covers with it 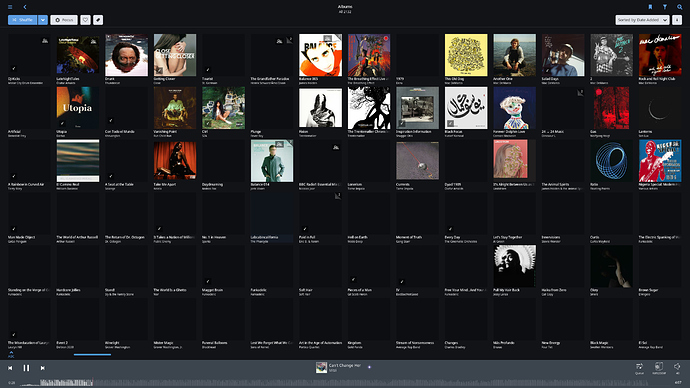 None of these were user downloaded. Is there a way I can batch force the library to download the album art again?

Edit: This might be related to my recent restore from backup issue

Was this after restoring the repaired backup? If you select the ones with the missing artwork by right-clicking and the press 3-dot dropdown -> Edit -> Re-identify Albums, does that help get your artwork back? I would try a small batch of the albums to confirm before selecting all the missing ones.

To be honest with you, I am not sure if it happened after the restore or after 1.6. I’ve noticed some artist photos missing as well, and I remember looking at the overview page and seeing a couple of blank spots and thinking ‘that’s weird’ but only after 1.6 did I really drill down into playlists/album browser and find missing artwork/etc. So it’s possible its related to the restore. 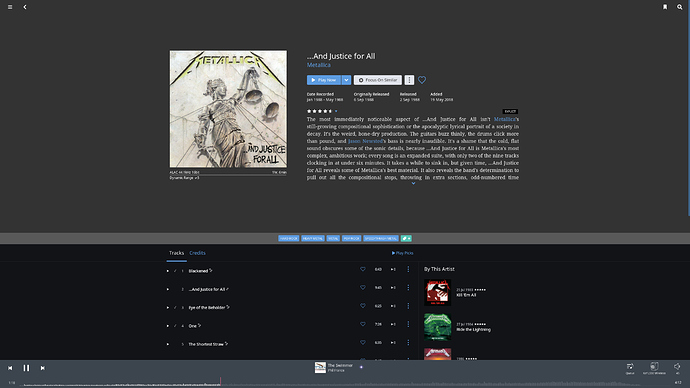 But not to the album browser 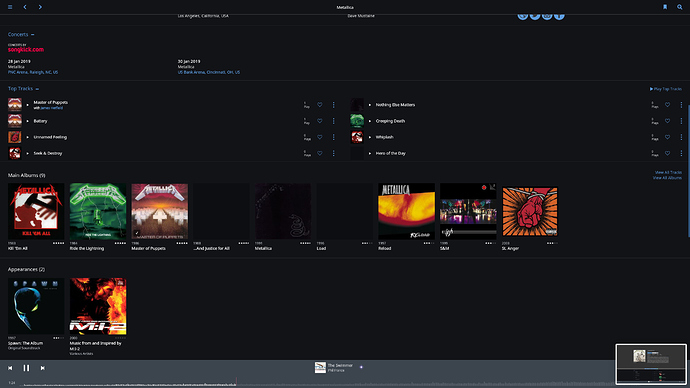 A few notes. There doesn’t seem to be any order to what is missing. I would have added all the Metallica albums at the same time, yet only a couple have missing artwork. Also when I tried to re-analyse ‘Load’ it refreshed, showed the artwork for a second and then went missing again.

Should I just start a whole new database?

Should I just start a whole new database?

I would try restoring a backup again. Have you tried that yet?

I think restoring the backup again will be a good test to try, if things are still not stable afterwards lets go down route #2 of starting fresh and re-importing everything again as we discussed in PMs.

If the backup still is not working let me know and I will provide instructions on how to start fresh and re-import the library.

I tried restoring the backup again and the same issue occurs. I’ve since started fresh and have realised the effort I’ve put into organising the library thus far, and so would prefer not to lose that. Is there anything else we can try?

I spoke to QA regarding the missing artwork and they noted that it could have been due to the splitting of the original database and the compression software used. The only way to solve this issue would be to repair the backup once more and keep it in one single .zip file so that all the image files do not get compressed further.

If you would like to proceed down this path, I’m afraid that I’m going to have to ask for the backup once more. The best way would be to send the backup to us using Google Drive in one single .zip, since you mention that your Dropbox is full and we can’t download files as large as your backup directly from Dropbox either, this is really the only way I see of making the archive without splitting it up into pieces as we have done before.

I do apologize for this inconvenience but if you are able to re-upload it to Google Drive and provide a link, I can send it over to QA once more for repairs.

2 posts were split to a new topic: Album covers missing on iPad