I’ve gone through all the procedures transitioning my Roon Core from my MacBook to my new Nucleus. I’ve successfully copied the music and Roon database to the SSD on the Nucleus. I’m unable to connect to the Nucleus Roon core from Roon on the Mac. I’ve received a LOST CONNECTION! Trying to connect, error message. I’ve moved the Nucleus next to my router using a brand new ethernet cable.
@support

Nucleus+
Tivoli Audio, Melbourne Australia
Internal SSD
300,000+
MacBook Pro
Fritzbox 7490
I’ve just set up a tp-link TL-WPA8630P passthrough powerlines Kit for the Nucleus to access the network, but currently the Nucleus is connected directly to the modem and I’ve unplugged the Powerline.
(See above)

Are all remote devices unable to connect?

Just to confirm, the Nucleus and the Mac are both connected via the Fritzbox router directly, correct?

Yes, I just see a ‘can’t log in to core’ window

Can you share a screenshot of what you’re seeing? 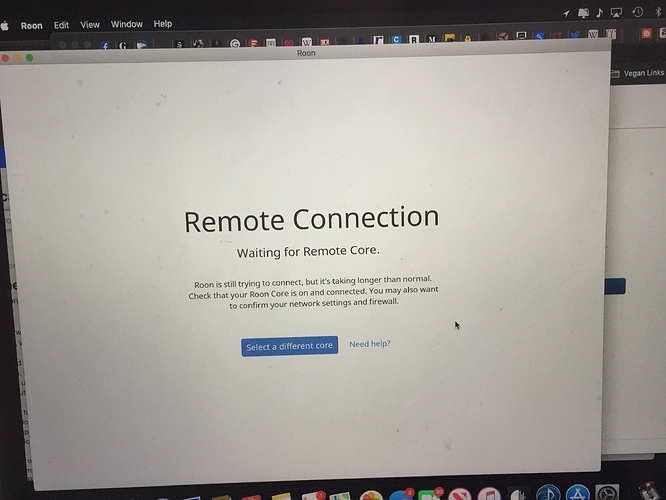 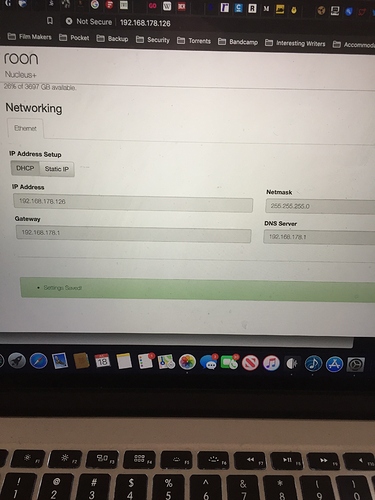 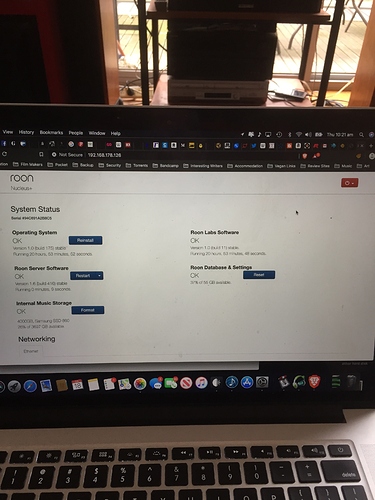 I can connect through smb but not through Roon.

Just to confirm, the Nucleus is still connected via the primary router and not the powerline adapter, correct?

When you’re unable to access the Web UI can you confirm that the lights on the back of the device are on, both the power light and the Ethernet light?

If you connect the HDMI port to a monitor do you see anything on screen?

it is, I’ve disconnected the powerlines.

Yes all lights are on

I don’t have a monitor, I’m using my Mac to run Roon

Do you have a TV with an HDMI port available?

Yes I do, though plugging it in to the Nucleus is a major operation. One of my macbook pros has an HDMI port, perhaps I could use that?

Incidentally one of my macs recognised the nucleus, but when I clicked on the Nucleus to connect, that screen goes on forever and it doesn’t connect.

One of my macbook pros has an HDMI port, perhaps I could use that?

No, won’t work; the port is an HDMI output, it can’t be used as an input.

yes just tried that, then it dawned on me just before you wrote.

ok, i’m plugging in my tv, any further instructions?

You should see a simple text screen output by the Nucleus saying basically that it’s running, and what its network address is. Just confirms that the Nucleus is up and running…

Is that OK? No mention of a network address.

help, anyone have any ideas?

Sorry, I’ve just been having my breakfast…

i’ve jot an ethernet cable connected to it, how do i connect it to my network?

Er - plug the other end of the cable into the FritzBox…