Hi to any Chord Mojo owners out there!

Is anyone able to get DSD256 on Roon for Windows working? I only get static.

DSD128 works fine mostly, I get a pause here and there unfortunately but DSD256 is a no go.

I’m using Chord’s Windows ASIO driver. I just have an Uptone REGEN between the Mojo and PC USB port.

Mojo can only do DoP

well, the first thing to try is simplify your chain. So I’d remove the REGEN and see if that changes things.

I’d remove the REGEN and see if that changes things.

Regen, which btw is to the system just an USB hub, is perfectly capable of handling natively, without any alteration, whatever travels on USB

Just tried with no hub and still no luck.

It’s not just Roon up-sampling to DSD256 that’s failing but even a DSD256 track from NativeDSD.com played via DoP to the Mojo results in static. So I don’t think it’s Surface Pro 4 i5 processing power that’s an issue.

Maybe time to raise a support query in the support section

Let’s move the thread there and drop a flag for @support.

Hi @support in addition to all of the above

And that’s going to my Chord Mojo via USB which supports DSD256 (DoP) with Chord ASIO drivers installed.

NativeDSD.com DSD256 files don’t work (static) and neither does Roon up-sampling to DSD256.

As mentioned above, DSD128 is a little better with occasional pauses in playback (maybe once in each song) and fortunately no static.

I’m going to try another Dac next weekend just to rule out that it’s not the Mojo.

If others have a Mojo and have had an issue with DSD256 please let me know.

In the meantime @support , should my Surface Pro 4 i5 be capable (spec wise) for DSD256 up-sampling? 5th CLANS, precise, minimum

I’m going to try another Dac next weekend just to rule out that it’s not the Mojo.

If others have a Mojo and have had an issue with DSD256 please let me know.

I remember trying DSD-256 with my Mojo connected to an Auralic Aries: static noise is all I was getting
was told by Auralic support that it’s an issue with Mojo

two Aries firmware versions have been released since, but as there’s nothing I care about available in DSD-256… I never tried again (only did during my first week with a Mojo, just out of curiosity, last summer)

I’ve read similar things from other Mojo owners across other forums too sadly.

@support what do Auralic mean when they say the Mojo is asking for something extra, here: https://www.computeraudiophile.com/forums/topic/27780-chord-mojo-streams-dsd-128-but-just-static-wdsd-256-files-help-please/?do=findComment&comment=537465

Could I be experiencing something similar with Roon on Windows and the Mojo? Maybe you can look at my logs to see what the Dac is doing.

FWIW: I have no problems playing DSD256/DoP to a Mojo from a Cubox (Armbian) or a Pi (DietPI).

FWIWA: In the end, I preferred to let the Mojo do its thing by itself without any external upsampling (PCM or DSD).

Understood Rene. I wonder if it’s a problem with the Windows driver USB driver with Roon. 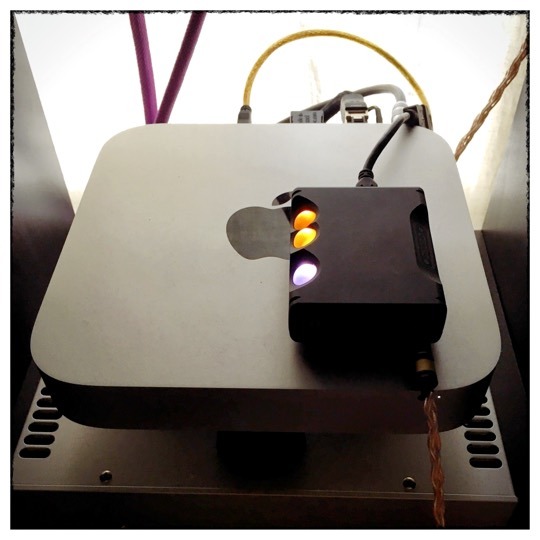 Ha lucky you ! yes from the comments I’ve seen on other forums, it’s Windows that some have had issues with DSD256 and Mojo

with the weird part of it being… Poly is listed as DSD-512 capable, whilst the Mojo can do DSD-256 max

so… will the Poly do some sound processing or a fw update for the Mojo is coming?
we’ll see (… in a few months

Lol yep I know but I’m not even THINKING about DSD512 yet. Still trying to get DSD256 and even DSD128 playing without pausing

Hi @dabassgoesboomboom ---- Thank you for the report and my apologies for the troubles here. Can you please provide me with screen shots of the audio settings you are using in the “device setup” window and of the signal path coming out of Roon when you are trying to play back DSD256.