I’ve started this topic for anyone who wants to share their observations on the sound quality of the Chromecast Audio, used as a Roon endpoint.
I bought one mostly for my daughter to use, but compared it to my regular setup out of curiosity.
I used the Chromecast’s optical output, to my integrated amp (a Marantz PM6006) which has its own DAC.
The comparator was a Sonore MicroRendu endpoint with Meridian Explorer 2 DAC, using the analog input of the same amp. The speakers are Totem Acoustic Hawks.
The truth is, playing the same music simultaneously to both endpoints, and flipping back and forth, I’m not sure if there’s a difference.
This either speaks well of the Chromecast, or poorly of my equipment, or my ears. I’m interested to know what others have observed.

1 Like
Recommended endpoints with SPDIF/AES digital out
The Best End Point?
HDMI Roon Endpoint?
Is there a Roon ready endpoint somewhere WITHOUT a DAC?
Roon endpoint - no rca, no Usb,
Chromecast a Roon endpoint
CrystalGipsy (Resisting the flow!) July 10, 2018, 4:56pm #2

I have found Chromecast to sound just fine, although there is a lot of snobbery about it as per usual in the Audiophile world. You do need to set it to be full range audio though otherwise it does sound a bit gash. This is hidden in the Googlecast device settings.

You’re right. My inner snob is having trouble believing it sounds this good. A bit of trivia I discovered: if you use the optical output, you get full dynamic range whether the switch for it is on or off.

This either speaks well of the Chromecast, or poorly of my equipment, or my ears. I’m interested to know what others have observed.

Never owned the Hawks, but, I have owned the Arros and Dreamcatchers. Currently, on Tribe Towers.

@Fernando_Pereira
Thanks, that was quite interesting. Archimago’s observations seemed consistent with my impressions.

I was actually looking for Arros at a closing-out sale, but they didn’t have any, so I aimed higher and got a deal on the Hawks. No regrets. I imagine Tribe Towers are pretty nice, though!

At my father’s house we have CCA’s in his kitchen, office, and living room. We use the optical output into a Marantz receiver in the living room and the analog outputs into integrated amps in the other locations. I have streamed Tidal to them and my girlfriend has used Spotify with them but most of the time my brother and father just use YouTube music there. I must say, even when using YouTube and controlling the volume with the Chromecast I am impressed with the sound. The systems there are complimented well by the often $25 CCA.

I just picked up a Chromecast 2 to use with my HT setup so that my girlfriend could stream her Spotify and I could check out the new Roon functionality. Once again I have been very impressed and while I plan to take advantage of the display only feature Brian says will come out I’m not sure I would hear much of a benefit. I am curious if there are ways to improve the Chromecast though because I can’t leave well enough alone. 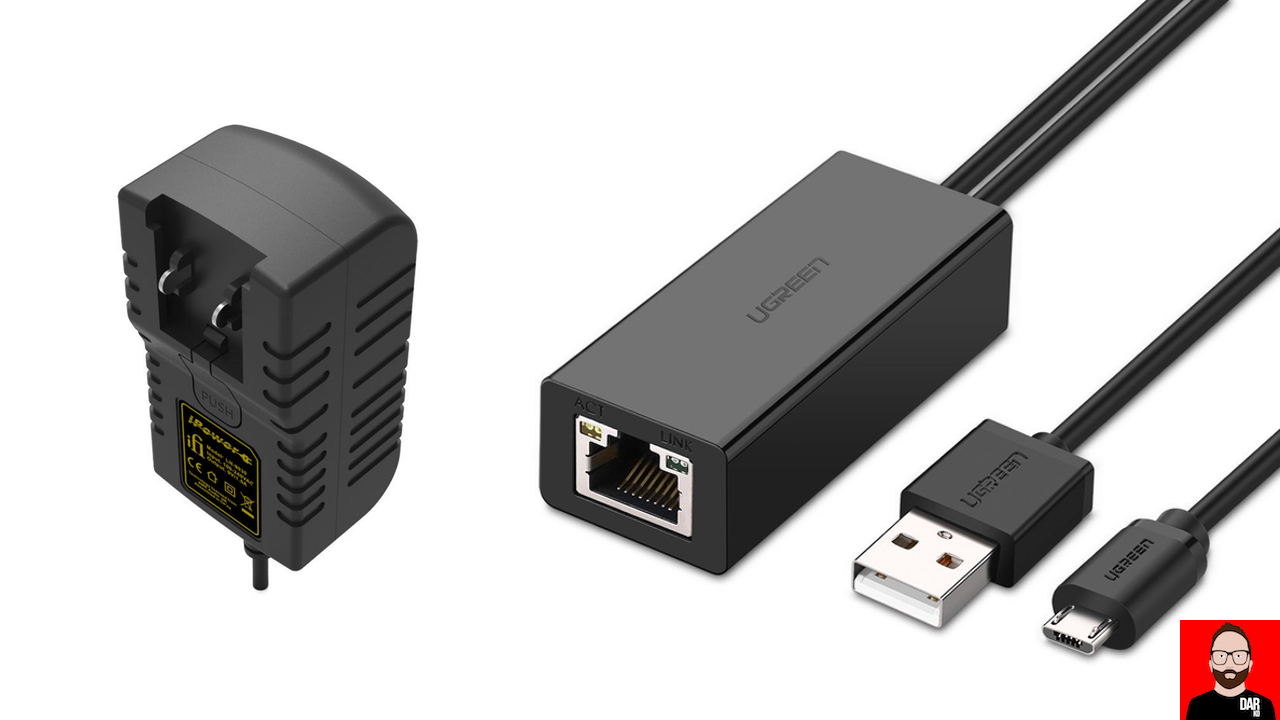 Letters to the editor: 3 ways to juice your Chromecast Audio | Darko.Audio

This UGreen ethernet adapter intrigues me as it is only $17 but I have a hard time believing it would provide any improvement. Has anyone tried using it and experienced any benefit? Darko also recommends using the iFi SPDIF iPurifier with the CCA, which seems like a waste of money.

The chromecast sounds pretty good for the money. However compared to my PC with Yellowtec converter it sounds shut in, compressed, flat and grey.

But if you feed it with a Paul Hynes PSU, connect it via the usb ethernet adapter with an Audioquest Vodka cable to a Paul Pang audiophile router and feed the optical out in to a Mutec reclocker you will have a topnotch digital playback system for just under three grand

I’m noticing opinions vary from it sounding ‘good for the money’ to sounding great. I’m wondering if it’s more likely to sound great for the people who are using the optical out, bypassing the built-in DAC so they can use their own.

I think I will inevitably buy the Ugreen adapter, as I too cannot leave well enough alone.

I’m wondering if it’s more likely to sound great for the people who are using the optical out, bypassing the built-in DAC so they can use their own.

Likely. Archimago is fairly positive about the built-in DAC, but it’s still a pretty constrained device.

I think Chromecast SQ is pretty good - and better than AirPlay with the same quality file. I use the optical out to my Devialet.

It is amazing that something so cheap can sound so good. My only niggle is that it does not always provide gapless playback. I have been told that the problem here is with the streaming service rather than Chromecast. No, it will never replace my audio set up for serious listening - but it is a good adjunct for those streaming services not yet integrated into Roon.

I compared the analog and optical outputs of the chromecast audio in a system consisting of a Micca Origain AD250 and Polk T15 speakers. I couldn’t hear much of a difference but the analog maybe sounded a bit better and the optical caused clicking noises when changing tracks.

I compared these outputs again in a system utilizing a Marantz NR1403 and Yamaha NS-6490 speakers. Here I couldn’t hear a difference but optical functioned properly so I stuck with it.

I now have a system with four JBL LSR30X’s connected via xlr to a Marantz AV7005 with a Chromecast connected via HDMI. My Oppo BDP103 playing an SACD definitely sounds better but I have yet to compare it streaming Tidal to the CC streaming Tidal directly. Maybe the Chromecast Audio would sound better due to the interface but I think with this system a streamer of higher cost might provide an improvement.

I tried streaming Tidal to the CCA a while back, and I was not impressed. Using the optical in to my Denon receiver, I was surprised that it was such a let down. (I even tried the iPurifier and heard no noticeable improvement.) So I wasn’t expecting much.

Just for giggles, hooked up the CCA to my desktop DAC (because it has an easy-to-reach optical input and a volume knob downstream in the amp) and enabled it in Roon with fixed volume out. I was pleasantly surprised, so I started to wonder if this DAC just worked better or if my earlier impressions were off base. I pulled up the same song in the Tidal app and cast it to the CCA, and all the life just sucked right out of it. I repeated the same test on my Denon receiver and got similar results, so my initial impression is that Tidal-to-Roon-to-CCA optical sounds way better than Tidal-to-CCA optical!

That’s interesting. I streamed both ways while I was getting the CCA set up, and I thought I noticed in passing there was a quite a difference. I’ll have to go back and double-check some time.

I got a Chromecast Audio just to check it out (because $35!).
I initially tried in a secondary system, a smallish library, where I currently use a BelCanto stack with Mark & Daniel speakers. I’m streaming to it with a Meridian Sooloos MS600, plugged into the BelCanto DAC 3 through RCA SPDIF. I plugged the CC in with optical, and tried it both WiFi and wired with the Ugreen adapter.

It’s an interesting comparison: the CCA is a small plastic puck, you can’t appreciate how small it is from photos, it’s like the center puck for a 45 EP for us old timers. Clearly intended to be hidden away, unseen. The MS600 is a huge box in gorgeous casework, intended for prime place. And conincidentally, while the CCA is $35, the MS600 was $3500 around 2010. The difference in size and price is partly technology, partly pricing forward, Meridian choosing premium pricing and looks because that is what they do but also because the market was small at the time. An interesting business school case study in there.

The CC sounds fine. I was fully prepared to call it equal to the MS600, my bias is for technical progress (although optical is a throwback). But no, the CC is good but not as good as the MS600, I heard more heft and solidity in the MS600.

But I’m not sure how much effort I’ll invest. It was just for giggles.

My previous main listening rig was some old school hifi: Marantz pm66 KI SiG connected to Monitor Audio BR2s. I used the line out of my chromecast audio direct into my amp. I always thought it sounded great.

My new rig in the family room is composed of two JBL 310S subs and two JBL308 monitors. Through this set up, compared to my Arcam USB DAC connected directly to a laptop, the CCA sounds rubbish. For a moment I thought I had turned off my subs. Low bass had vanished, the sound was compressed, and the high end was a fizzled mess. It was unlistenable.

I assume my previous set just didn’t have the frequency range and resolution to reveal how poorly it sounds.

It sounds like you’re using the CCA’s built-in DAC.
If so, I wonder if that’s the limiting factor.

When using the Chromecast internal DAC, make sure Full Dynamic Range is enabled.

When using optical, it is enabled by default.