Just trying to verify if I buy this device and have it hooked up to my TV, (which resides in my main listening room) will I be able to have it grouped under say all zones playing the same content and while I’m listening to my main system I’ll have visuals of album information on my TV. I would still control everything from the main system output but just want to make sure that the Chromecast zone will change visual content with that main zone? I probably won’t use this as an actual music zone to listen to music ever, just visuals. Was this confusing enough. I still might buy it just for 4K streaming and HDR content which my TV supports.

I think I read that there is a plan to allow just this in the works, so you could use a Chromcast for display connected to another zone. That will be so cool should it happen…

For this to work you would need to have a chromecast acting as the endpoint in each zone I believe.

You are not able to group a CC with any other device, not even a chromecast audio as far as I know.

Here’s the post from Brian describing the idea. It seems to imply that, because it’s only a display, it could be used with non-Chromecast zones?

Yeah, you could. We are planning to add a way to use a Chromecast in a display-only capacity. Most of the work is done, but we still have to build the configuration management that lets you link a cast device to an arbitrary zone in a display-only capacity. The cast device doesn’t care if we play audio or not…we can just as easily launch it + have it do pure display of metadata while the audio plays elsewhere. For a lot of zones with a TV that happens to be in the room, that will be a much ni… 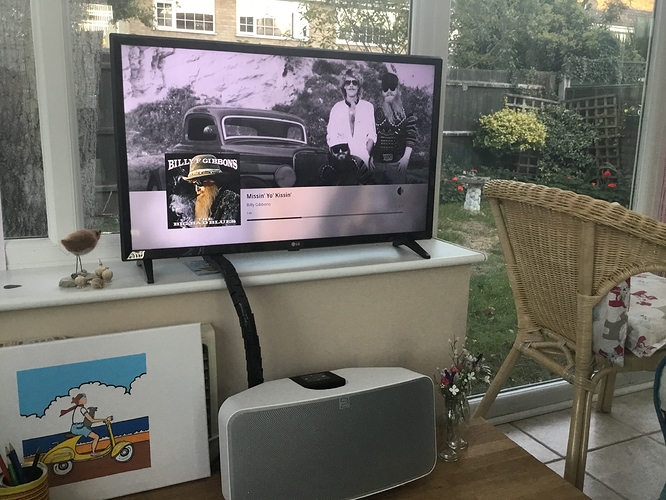 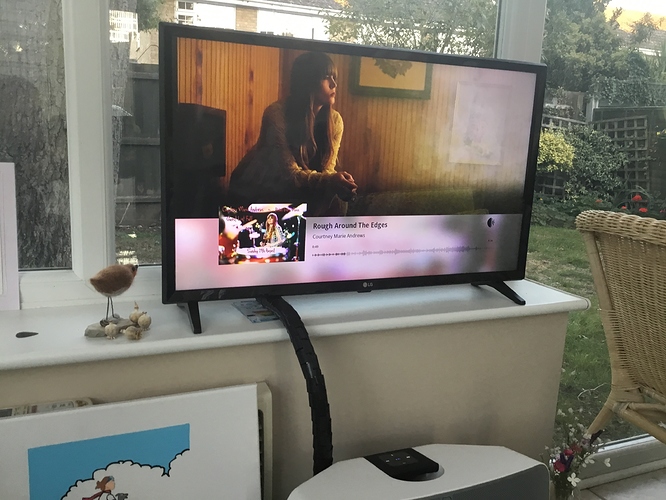 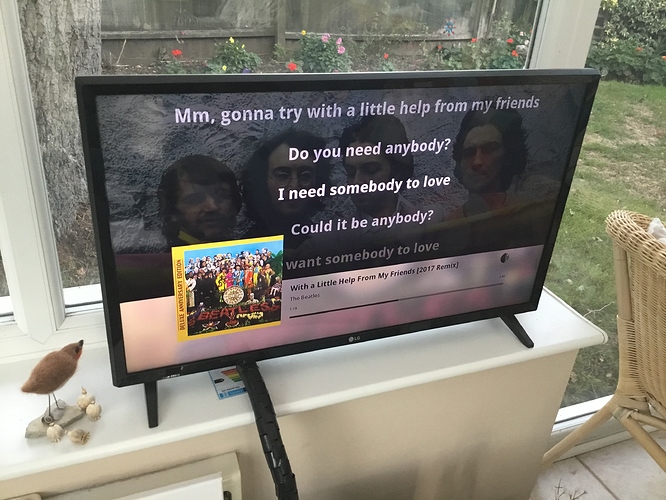 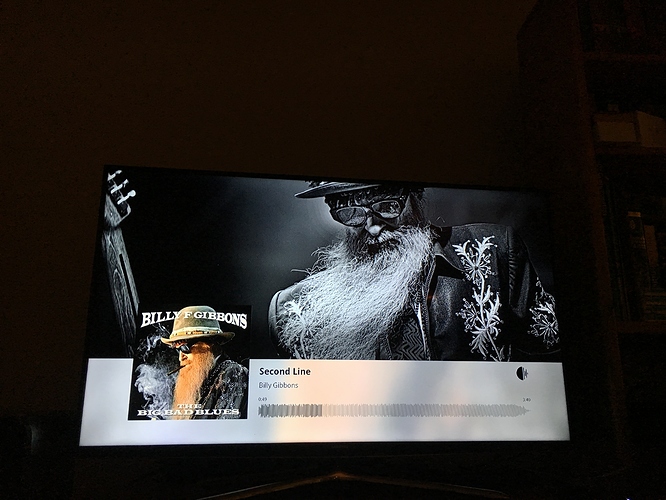 I am very happy with this update. It was worth the wait.

Btw, I was listening to Billy Gibbons as well.

Interesting, you have a different artist picture…

I changed it, because the 3 guys by the car pictures ZZ Top, not Billy as a solo artist. So I googled his name and looked for a picture I liked.

Looks like Roon has updated the image in the background. 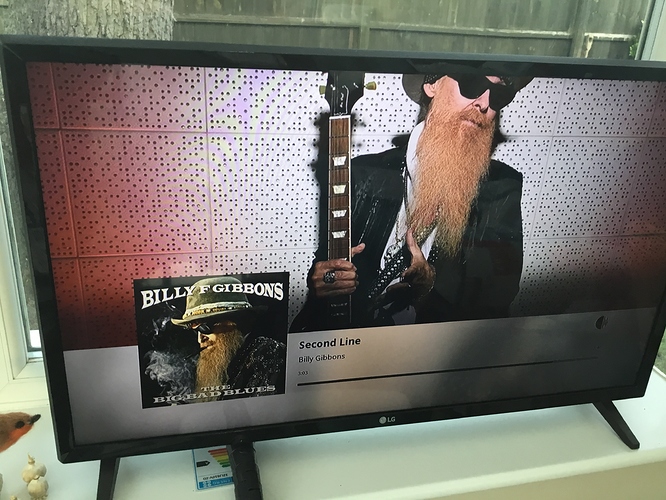