Classical Box Sets that are not identified by Roon

The 107 CD Box Set Wilhelm Furtwängler: Das Vermächtnis / The Legacy. No details on AllMusic.com, although it has a page there: http://www.allmusic.com/album/wilhelm-furtwangler-legacy-mw0002122040

A historical box set in more than one way: German Chancellor Merkel even gave Pope Francis a copy 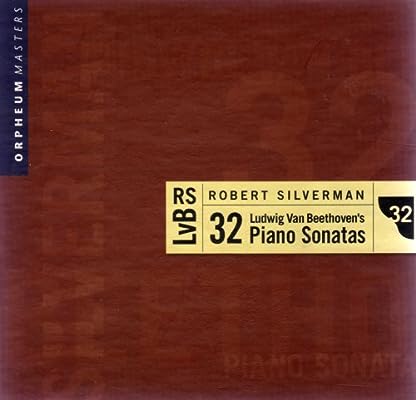 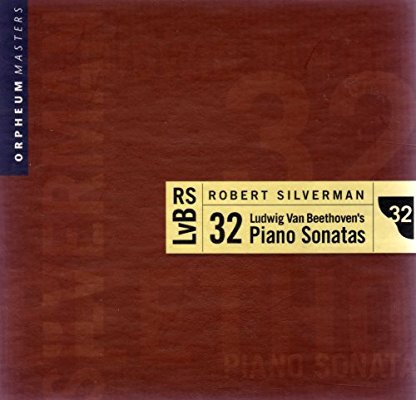 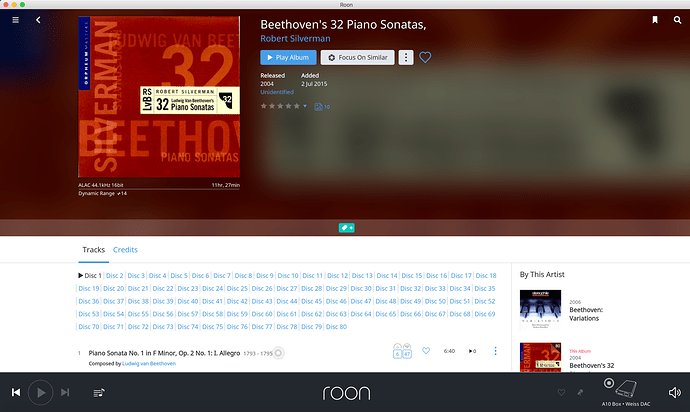 Haydn Quartets Festetics (19CDs)https://www.discogs.com/Haydn-Festetics-Quartet-The-Complete-String-Quartets-Played-On-Period-Instruments/release/7278737I sent the complete track listing to Rovi and they did nothing about it.

This is now identified, with performance dates and venues. So they finally deal with it.

But unfortunately each opus is made into a “work” (i.e. several quartets strung together with no delineation) so you can’t select each quartet separately. I’ll make a separate ticket for that problem…

A big fat zero on any of my other box sets, sadly.

no match
[/quote]Still no match, is that correct?

still nothing happend…is it worth to post here? i have hundreds of unidentified cd´s and a lot of boxset- multidisc unidentified.

A post was split to a new topic: Identifying RCA Living Stereo 2

7 posts were split to a new topic: Identification of new Rubinstein box set

I am still battling with my initial load of my library, the problem as I see it is that Roon is dependent on 3rd party metadata and that metadata is wanting

I have spent hours trying to match up albums. As soon as one or two tracks mismatch you don’t get identified and you don’t get reliable Composition generation. This makes it almost impossible to use Roon on classical music. Rock Jazz ok, I am close to isolating my claasical folder from the watched folders and just work with Rock

I spent a lot of time and effort getting a Composition tag sorted on my classical works, this is ignored and substituted. By the dodgy metadata at best

RANT over, I am very close to giving up and going back to JRiver where I have control over what’s displayed You can highlight a batch of albums and in edit, tell Roon to prefer your metadata.

What about Wilhelm Furtwängler - The Legacy 107 CD Box?
Exist in all music.com, but no detail for the 107 CD, just a kind of placeholder.

Any news on that one?

I think we have to accept that Tivo/Rovi are not interested in improving their metadata. I know the Roon team have done their best to suggest improvements, but I see only occasional changes in the cases I myself pointed out.

We would do better to encourage Roon to implement crowdsharing of user metadata.

I agree
Many of us have spent a lot of time grooming metadata , why not share it

I too own loads of large box sets (mainly classical) and did a lot of grooming on them. The biggest pain in my *** is the budget re-release of Hänssler’s complete Bach edition, the Edition Bachakademie. So NOT the original 172 disc edition, but a budget (though authorized) 160 disc re-release. I’ve tried everything, splitting it in separate cd’s, 2 cd sets, 4 cd sets, grouped in volumes by cantatas etcetera, nothing worked.

I did manage to make something out of Teldec’s “Bach 2000” complete edition, and that was actually easily divided into twelve volumes. However, with this Hänssler box set, I end up with an unidentified box set of 669 (!!!) discs. It’s a total mess. Is it my metadata, and if so, how do I best tag this box set? Some advice — ANY advice — is highly appreciated!

A plug for Jaikoz …

I bought this to help with the initial load, someone on the forum recommended it

It uses the MusicBrainz dB to identify. If you scan a set before uploading it helps split the compositions

It still works if the album is in the library, it writes back to the file and Roon rescans

Bach 333 box set is not recognized. Is there any chance as it is on market since last october?

we need a curator. Did primephonic deliver? I think not.

To curate the whole of recorded music? Good luck with that.