I know I keep banging on about this topic, but when I first discovered Roon the feature that interested me most (after Sound Quality) was the ability to have all my Albums Booklets as well as all the Art and notes associated with my albums.

This is one of the features mentioned on the Web Site at the time.

We have now had various new versions of Roon but this feature is still lacking.

I wish to make it clear I think the Roon Guys are doing a fantastic job and since having Roon I’ve not enjoyed my music as much for years but as this was mentioned in the initial notes I think it’s now time that this feature was given a little more attention. For me it would be the “icing on the cake”

+1 More available info, whatever there is.

It’s the main reason I opted for Roon.

There’s a few other threads about this and loads of requests for it. I’m not sure why the team haven’t added the simple ability to view .pdf and .jpg files in Roon. Well maybe it’s not that simple to make it slick and functional…hopefully soon though!

Bumping this since came up in another thread.

Asking for two things. One is to fully integrate Qobuz booklets into roon as optional tab when available instead of web link.

The other is for roon itself to offer booklets for local library and all streaming services. If Qobuz has access to this info then roon should be able to get it too. It goes along with the way roon is marketing itself as more of a record experience.

I can’t imagine that Roon will be able to get booklets - only Qobuz does that now, and it is clearly a package deal with the streaming content. Roon - as a delivery service versus a content provider - probably wouldn’t be able to work through the licensing issues. What I think Roon might be able to do, however, is link up with Discogs to mine the rich content and user images that are available there. I imagine something like a Discogs link on the Artist and/or Album pages.

If a Qobuz subscriber only gets the booklets for Qobuz music that is played/integrated through roon, they shouldn’t need any further license… If they want to use booklets from Qobuz with any music in roon regardless of where it came from, I agree…

Some record labels do , eg Hyperion

I was first calling for better integration with Qobuz and their booklets. I wasn’t asking for roon to use their booklets for non-Qobuz users.

However, as part of what roon offers, thought it might be possible for roon to get their own access to booklets. Does any other service have access to these? Qobuz is not doing the scans themselves?

Additional artwork and photos would be nice, but getting the official cd booklet scans feels official.

Keen for improvements to the album art functionality, but I think the last few posts have been barking up the wrong tree. I don’t think Roon will be able to automatically scrape the booklets (unless there is some online service that allows this). What Roon does need to do is allow the user to add their own (scanned, etc) booklets.

What Roon does need to do is allow the user to add their own (scanned, etc) booklets.

Doesn’t Roon already do this with the images located in the same folder as the music files? 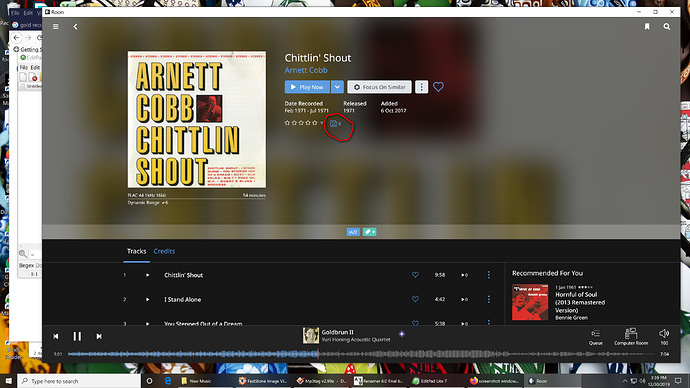 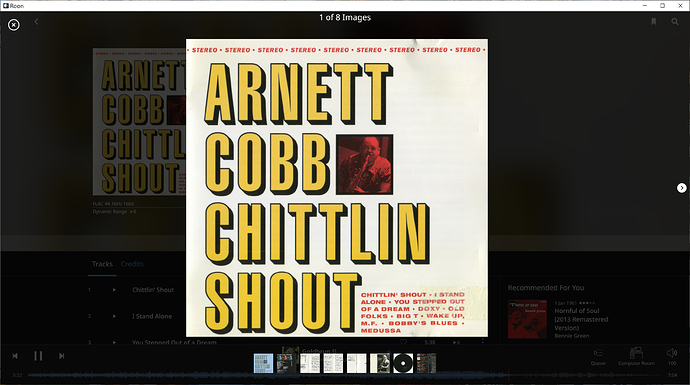 Thanks @Jazzfan_NJ, you are correct of course. I was a little unclear in what I was saying. What I was meaning was that I would like Roon to improve their album art functionality and allow users to organise their artwork, for example by rearranging images, deleting them from the app and using labels, so that front/rear/media/booklet items can be easily identified.

Oh now I understand but don’t hold your breath. I’ve been asking for Roon to add viewing a simple text file, like an info.txt file, that is in the folder, similar to way one is now able to view image and PDF files, but so far that’s a no go.

By the way, those are all excellent suggestions. Of course one could convert the images into a well organized PDF and then view the PDF, which is what I was told to do with all of my 50,000+ info files.