Cycling through songs without playing them [Resolved]

Then I tried playing a single song on an album stored locally, or on Tidal, and the same thing. Quick graphical indication that it’s playing, but no sound comes out, then stops… nothing.

I’ve tried reboot, both hard and soft, tried “saving settings” under Roon in my microRendu and Sonictransporter web interface… nothing helps. Please help!!

Hi @Ben_Toby ---- Thank you for the feedback and my apologies for the troubles here. You mentioned that you are having problems again, is this the same behavior you were experiencing previously?

Based on your report it sounds like you are experiencing audio dropouts while trying to play content back. Our knowledge base has very good documentation on what can lead to dropouts and the best approach to troubleshooting them. Can you please give the article a read and let me know what you have tried thus far?

Lastly, I would like to gather some information from you in regard to your setup. May I ask you to please provide me with the following:

Hi Eric - thanks much for your prompt reply. I had experienced this problem before about two months ago, and some combination of re-booting and saving settings in Roon and on Sonicorbiter.com managed to get me past it. I didn’t report it at the time because I thought I was done with the issue, but now it has started up again.

I went to the troubleshooting link to make sure I addressed the suggestions there, I confirmed my internet speed is good and that all the hardware components (described below) seem to be in good shape. Following are details on my setup:

Roon version (from “Settings – About”) in the PC Roon app:

System 3:
~ 30 feet of ethernet cable … TrendNet TEG-S50g 5-port unmanaged gigabit switch. Two Cat 6 ethernet cables out of the gigabit switch, one goes to the SonicTransporter i5 AP (Roon Core), and the other to an Apple TV 3rd gen (Roon endpoint for my basement system)

Here are some screen shots: 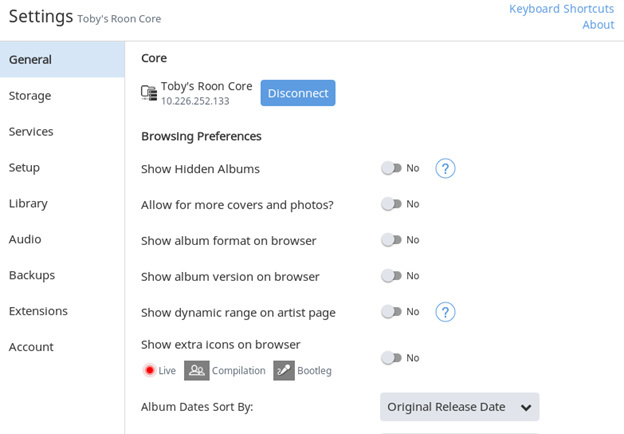 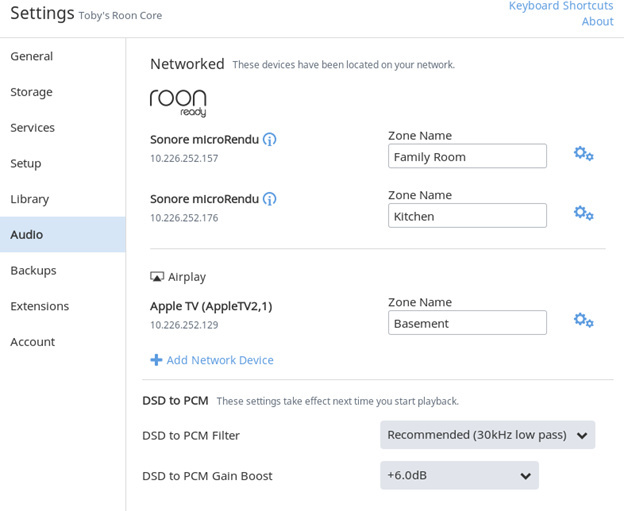 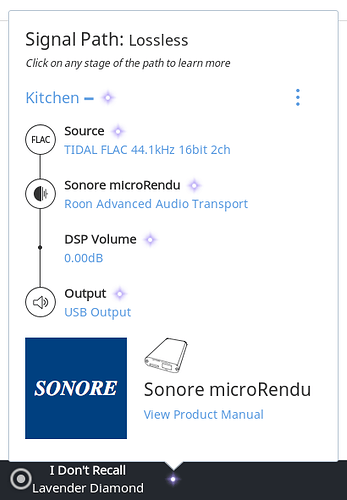 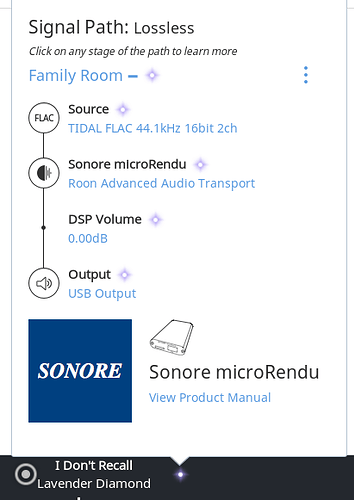 Hi @Ben_Toby ----- Thank you for the follow up and taking the time to answer my questions. Both are very appreciated!

Moving forward, can you please verify for me if you playback audio via the internal speakers on the Nexus 10 are you seeing the same song cycling behavior as you would through your other end points?

Hi Eric - the song cycling behavior resolved itself after a round of reboot and restart on my DACs, SonicTronsporter, microRendus, and Roon remotes (iPhone 7P and Nexus 10). If it happens again I will get back to you! Thanks