OK Music Fans! We’re three weeks in and on the home stretch. I have a couple albums that are decidedly mainstream, but worth listening or re-listening anyway.

The Beatles are so heavily referenced in music we develop opinions, often based on a few songs, rather than their catalogue. This was their last recorded album, released in 1969. It’s a testament to their position in music history that it sounds relevant 50 years later. 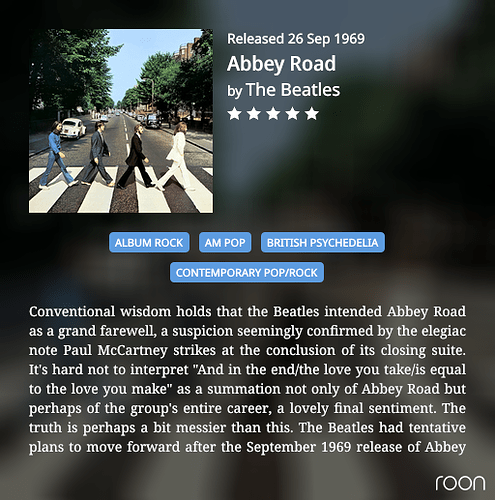 What do you think? Vote here:

Don’t forget to get your vote in for yesterday’s Double Header: Day 20

I think we need more than just 5/5 for this one.

This is an outstanding album. Still fresh, still remarkable. Side A, with songs penned by each of the Fab Four, opens with with McCartney’s legendary bass line and one of my all-time favourites Come Together. My other picks are Something and Oh! Darling.

Side B is essentially a collection of incomplete pieces that could so easily fail to deliver. But it doesn’t; the medley simply shines. Brilliant harmonies, melodies and hooks. Beautifully recorded and mastered too. My picks She Came Through the Bathroom Window/ Golden Slumbers/ Carry That Weights,

I like The Beatles but I’m not an uber fan or anything. But having not heard this album through before it was nice to hear some tracks I’d not come across before.

Plus the genius of George Martin shines through. Would they have had the same success without him? Possibly not…