Do power cables make a difference to sound quality?

OK. If you speak about a moving coil cartridge, that is precision mechanics. And there it es extremley important to protect the signal, because we get sometines only a few nanovolt as a signal.

If you speak about the turntable bearings, ok. I agree too.

But we are here in a forum about digial audio. Mainly streaming audio. And this is nothing exiting. This is simply transfering digital data.

Yes they do. Best is to try 3 different types of power cables, experiment, listen, end of the day if you can’t hear a difference then stick with the shipped cable.

You keep going back to some self appointed audiophool enabler as if it should lend credibility to the argument. It does the opposite.

You’re a day late and a dollar short.

A reasoned and reasonable approach (for everyone) - Audio Products

The things to ignore in this video are for all audiophiles, not just beginners.

So, Darko tried but missed the point.

I have to say (at the risk of falling foul of the rules here) that - personally - I have come to believe that much of what Darko and Hans Beekhuyzen proffer is subject to Sturgeon’s law. There are some pearls, but I feel that there’s also a lot of grit.

Stamp collecting too would be a lot less compelling if there were not so many stamps.

While I’m not that interested in taking any side in this debate (these days), I’m not sure generalising and speaking for an entire industry makes sense…

The interesting thing about this, is there are similar arguments in the pro audio world. Now 1 or 2 or 3 people here that have pro audio experience will jump in and say that is rubbish. But they don’t speak for all their peers. They only speak for themselves and maybe their circle of friends. Here is one thread over on Gearslutz, that features a mixture of recording, mix and mastering engineers, some Grammy award winning. https://www.gearslutz.com/board/mastering-forum/1280775-streaky-he-ca…

The things Darko mentions in the video under discussion are definitely things that are generally ignored by people working in the recording industry. That’s a fact.

I bought a used PS Audio Perfectwave AC3 last week because I wanted to try it out for myself. I have always just used stock cables, and this AC3 was cheap enough to experiment. I put it on my Parasound Halo Integrated amp and tried it out. There wasn’t a night/day difference, but I did notice that it sounded clearer at lower volumes and I could turn it down lower before a channel cut out. But the biggest difference so far is that my two-year frustration with the amp’s scratchy volume knob seems to have resolved itself. While I can’t truly turn it up until this weekend, all experiments with trying to make the volume knob be scratchy has been positive!

The ONLY thing I did was put in the new power cord. If after two years that scratchiness is gone, it was worth every penny. But again…it won’t be until this weekend that I can really put the amp through its paces.

I am having Nucleus+ pulsating coil whine problems. An aftermarket power supply may take care of this issue… I just don’t know how much more money I want to throw at the Roon solution. If my PS Audio experiment works out… why not?!

Well I just picked up 3 x Sine Royal 2S cables with SINE -196 Cryo IEC and UK MK Hospital grade platinum plated … it makes me feel better, does sound better well maybe I cant honestly say it does but I will be having at least the bulk of my mains cables all shielded at least.

As most of these new lengths are too long I think I will be making up some shorter ones with some IeGO IEC and MK plugs to make the milage go a bit further. The cables are all 2nd hand but in pristine condition so run in already if that matters to anyone (not me) and im not to precious about cutting them up to make better use of the lengths 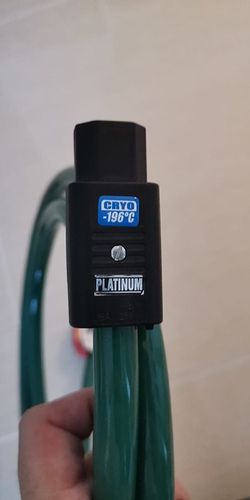 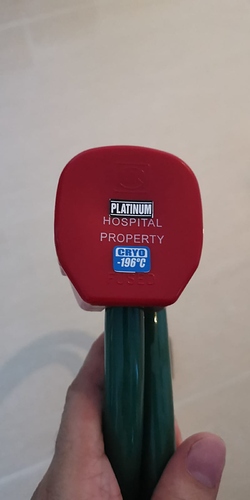 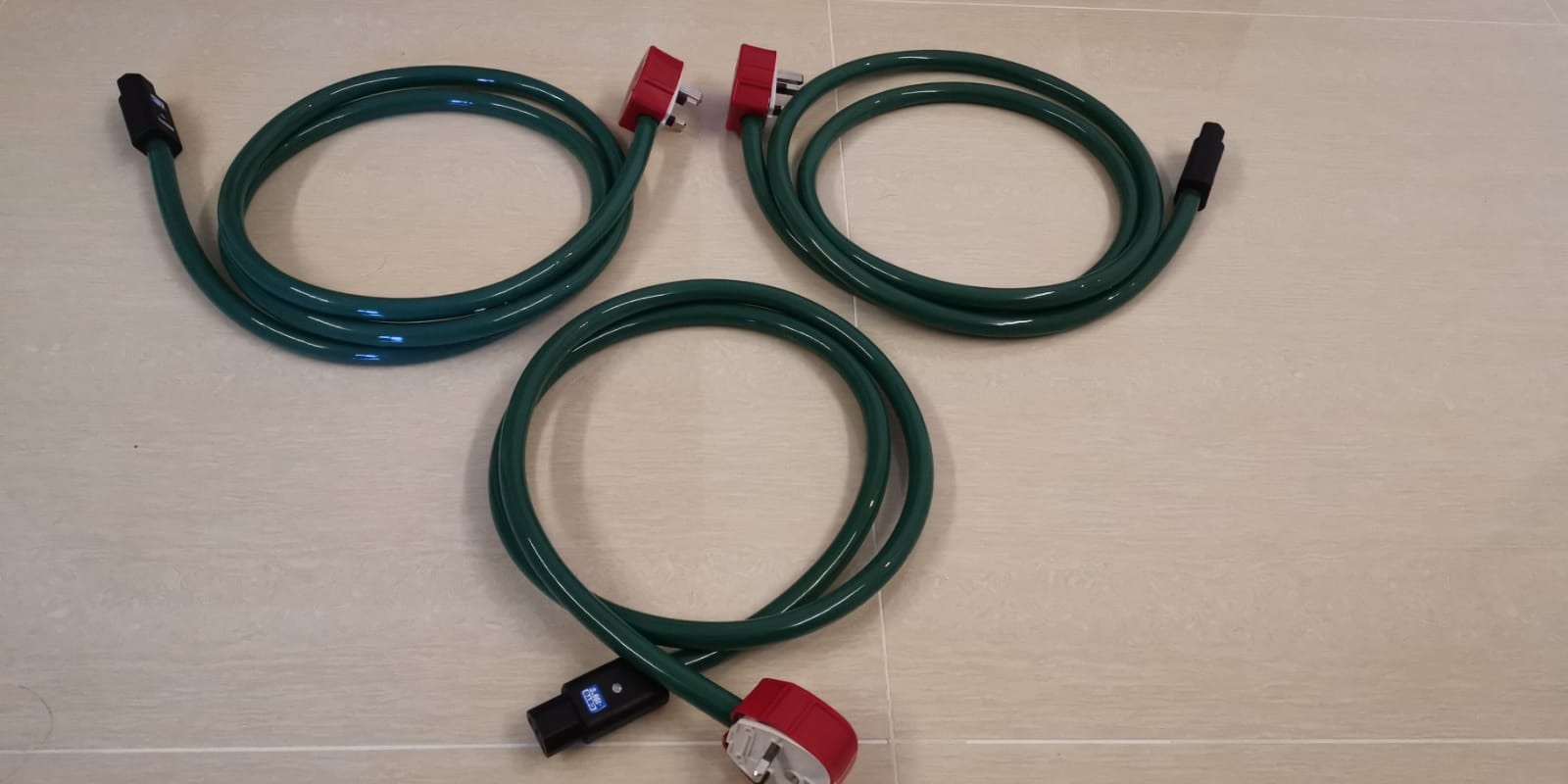 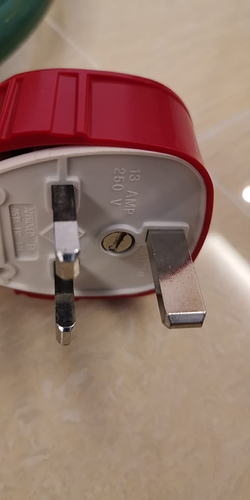 When people report they hear a difference, then even if it isn’t a placebo effect, how do we know for sure that the difference isn’t from some trivial collateral change? Recently I noticed a faint buzz from my loudspeakers, which I eliminated simply by moving the RCA cables around a bit and repositioning a couple of cheap ferrite chokes. If I’d gone out and replaced them with very expensive interconnects, I may well have experienced a similar benefit and wrongly attributed it to the cables themselves. I do change out most of the OEM power cables with new audio gear, but my purpose is simply to get the shortest usable cables (to minimize clutter), usually for no more than about $10.

how do we know for sure that the difference isn’t from some trivial collateral change?

When I play with cables, I always switch back to the old one. Many times. Some cases the difference is subtle, and I can not decide clearly which one is better. Sometimes the difference is night and day. The last time I changed a component in my system was almost two years ago. Since than, I changed only cables (mostly power cables) and the sound is soooo much different, clearly better. Much more better. It is very easy to hear. Most of the time there was no “pressure” to hear the power cable different/better, because I get different types for testing, without any push to purchase it. There was no reason to convince myself they are better, because some cable was cheaper than my existing ones. But there was a difference. Different components likes different cables. A cable which was perfect for my streamer, was not good at all for my amp. Life would be easier and cheaper if there were no difference between power cables. Unfortunately some materials which can be beneficial to use in power cables are quite expensive.

I have the Next Great Idea. How about we all pitch in a few hundred $$ and create an Audiophile Power Company?

I hope this audiophile electric company at least gives me fresh electrons. My current company just keeps pushing the same ones back and forth through my equipment. I think I can hear last night’s music at first when I turn the system on in the morning…

Or sometimes worse, you hear what the next door folks had on earlier…Chinese karaoke in my case

Perhaps Edison was right - should have stuck with dc…

… then we wouldn’t need the fresh electrons that new power cables introduce.

Power cables do make a difference. My system sounds better with power cables.