Dropouts via Bluesound Node 2i

Dropouts around a second in duration happening every 25 seconds, very regular, via internet radio and music files off NAS.

Signal path for Node 2i: short dropouts every 25 seconds 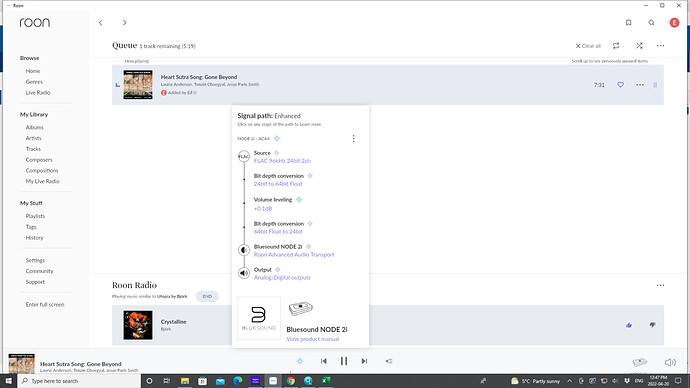 And with the Maestro: this plays flawlessly 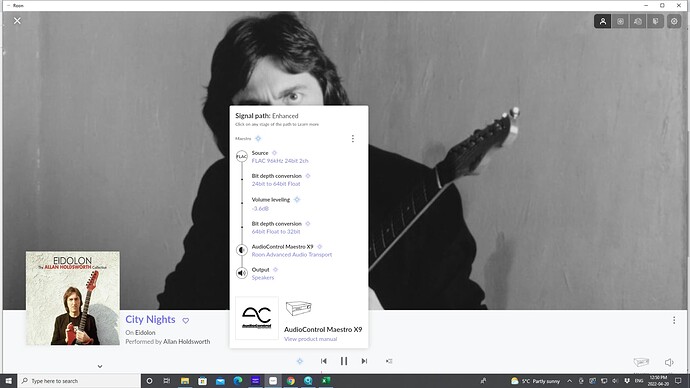 It’s strange that Roon won’t play properly with Node 2i given they’ve been tested to be compatible.

Ed I have been using a PowerNode 2i every day for the past 8 months or so and I almost never suffer drop outs.
It can be network performance related.
Does this happen with 16/44 source material as well?
Also what happens if you turn off all DSP Inc volume leveling and crossfade?

Michael, I’ve tried turning off DSP, rebooting, etc. still no change. It’s every 25 seconds, without fail, so I think it’s a polling-related problem. My guess is it’s being caused by my modem/router.

I can see this happens from NAS and Internet so I have to ask about your network setup.
Is your Node plugged in via Ethernet or Wi-Fi and is it possible to place it connected to the same switch as the NAS to test it?

Michael, it’s wired and all on one connection to the modem.

Ed what’s the possibility of a bad Ethernet cable somewhere?

Is there no switch there and is the Nas plugged into the same router.

Checked all the cables. Probably not the cables, but still a connectivity issue with the network. Note that the Bluesound is fine on its own (just checked it again to be sure), and Roon handles hi rez 24/192 files the same way as 128 MP3, flawless playing except for a short glitch every 25 seconds.

It’s very strange, but hopefully someone from Roon support will be able to offer you some assistance come Monday.
Not seen anything like this with my PowerNode, and especially when listening to mp3 files.
If it was 24/192 that I could understand

Thanks for your input, Michael.

Continuing the discussion from Dropouts via Bluesound Node 2i:

Thank you for reaching out to us with your question. My apologies for the delayed response and for your wait. We’ve made some recent changes to the support team structure and some reports have experienced a longer response time than usual.

I’m sorry to hear that you were having issues with audio dropouts on your Node 2i. Since some time has passed I wanted to touch base to get your current status. If you’re still experiencing this problem on the newest build and need assistance please let us know.

I’ll post a further status, but so far there are still occasional dropouts on internet radio, and the occasional “waiting for Roon core” that affects the iPad controller. The playback is good, no dropouts on Tidal or the NAS.

iPad controller is quicker, more responsive with build 970. There are still dropouts on internet radio, but possibly fewer.

Thank you for letting me know. Do you see this happening on a specific radio station? Are you no longer seeing dropouts via local files off your NAS?

When was the last time you gave both your Router, Core, and the Bluesound Node a hard reboot?

After re-connecting, let me know if your issue persists.

Benjamin,
I did as you suggested, and problem persists.

Thanks for giving that a try. Per my last response, do you see this happening on a specific radio station? Are you no longer seeing dropouts via local files off your NAS?

Can you please confirm you are on the latest BluOS firmware for your Bluesound Node?
You can check via the BluOS iOS or Android app.

Local NAS has been stable for weeks. BluOS is current, although I did add an update for the desktop control app. I’ll try a few different stations and see if there is an obvious culprit, but it’s unlikely.
Thanks,
Ed