I am trying to play a DSD 256 file in roon. However, my Mojo still states that it only plays 44kHz (red ball is glowing instead of the white). Am I doing something wrong?

Thanks and all the best,
Robin

Hi @Robin_Beek ---- Thank you for the report and sharing your feedback with us. Both are appreciated!

Moving forward, to help aide in my evaluation of this behavior you’re reporting, may I very kindly ask you for the following screenshots:

Thanks for your speedy answer. Now the Mojo shows a blue ball, indicating 192 kHz, instead of the white (which I assumed it should show when playing DSD files, although I might be wrong about this). Attached you will find the screenshots that I took: 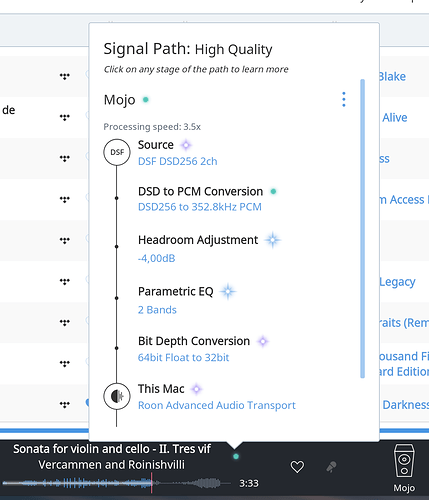 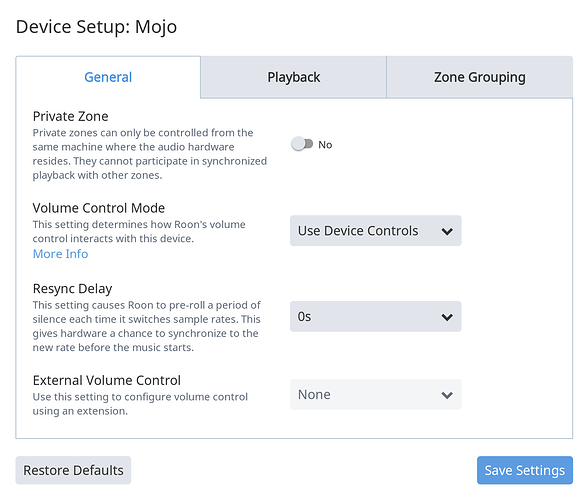 Let me know if I did not provide the right information.

I think you need to capture the playback tab.

My apologies. Attached are hopefully the right ones: 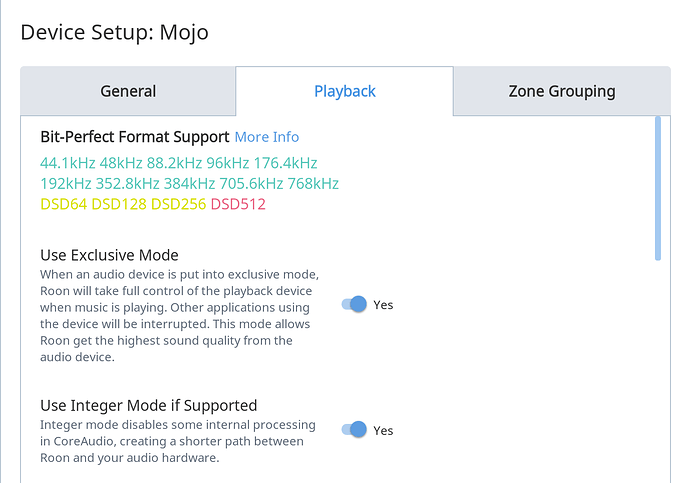 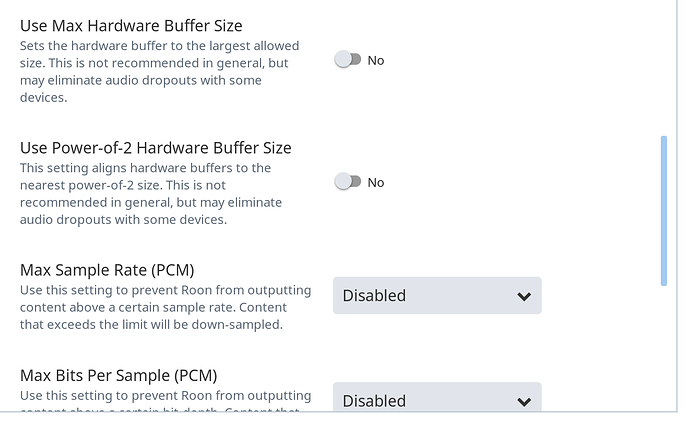 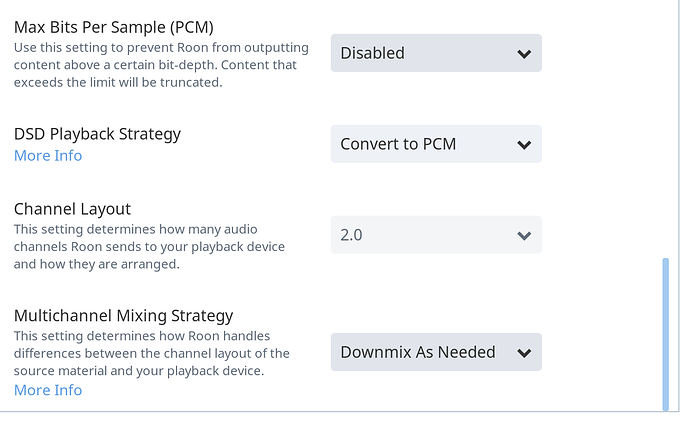 In your Playback tab, for “DSD Playback Strategy,” you have “Convert to PCM.” I think you need to select one of the DSD options.

What is the Mojo connected to? If it is a Mac or Linux system, set DSD Playback Strategy (it’s set to ‘Convert to PCM’ in your last screenshot) to DoP and you are covered up to DSD256. On a Windows system you’ll need to install Chord’s driver to play DSD.

It is connected to a Mac. I have set it to the following settings:

Hmmm… Can you post a screenshot of your signal path while playing DSD? Also – is your Mac running Roon Core (Roon Server or ‘full’ Roon) and what are its system specs?

Now it stopped after a while, stating that “Roon: An audio file is loading slowly. This may indicate a performance or hardware problem.”

Before that is was showing this: 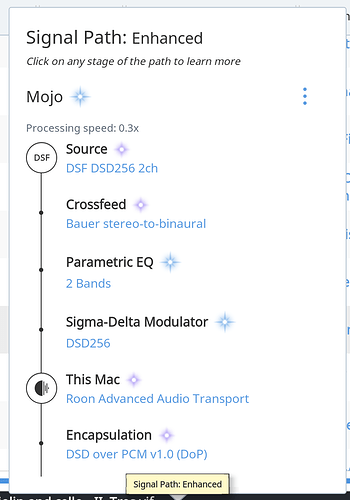 I have installed Roon on here as my core (not sure where the difference between Roon Server and full Roon is. Can I look it up?).

What happens if you turn off crossfeed?

Processing speed increases to about 1,4 bit it still stops on a regular basis…

And if you turn off both crossfeed and parametric EQ?

(Honestly, it seems to me as though your MBP should be able to handle the EQ, but it’s probably good if we can zero in on the source of the problem.)

It still stops but much less frequently. However, no processing speed is indicated.

Well actually it only stopped once while playing and only very briefly.

That’s weird. Maybe @RBM has some idea about that?

When Rene asked if you were running Roon Server or “full” Roon, I think what he was getting at is that Roon Server uses a lot less resources on your server hardware than does the “full” version (called just “Roon”), which is what you appear to be running. The only downside to running Roon Server is that there’s no control interface, so you’d need to use another computer or mobile device for control.

I now played another DSD track from the same album and it is stopping much more frequently again… I did not change any other settings in the meantime.

Are there any other resource-intensive tasks running on the MBP? It could be something as simple as indexing of a drive, or a Time Machine backup.

dware than does the “full” version (called just “Roon”), which is what you appear to be running. The only downside to running Roon Server is that there’s no control interface, so you’d need to use another computer o

Not really anything apart from Mail, Firefox and Roon… But my Harddrive seems to be quite full. That might make a difference.

Saw your reply while I was typing — you should try quitting out of everything but Roon, rebooting the MBP, and seeing how it goes after that. If you’re auto-checking accounts frequently in Mail, that could cause a problem, and I’ve seen Web pages that use Javascript or Flash (for example) eat up a shocking amount of resources, especially if they’re in a browser window or tab that’s open for an extended period.

Also, lack of free space on the HD is potentially a problem. If you do a cmd-I on the MBP’s boot drive, what does it show for “Capacity” and “Available”?