Kind of a fun / silly question, but how do everyone else’s better halves cope with running network cables all over the house? We hear about other WAF no-nos like room treatment and big floor standing speakers, but how am I going to get my partner to accept my running a network cable from the router in the study out the door, up the stairs, along the corridor, and through the door to the music room to connect to the network bridge? I’m a renter not an owner so drilling holes through walls is not really an option : )

Kudos for running cable - nothing can beat hard wiring for reliability but some people have been able to match its reliability with WiFi.

Then you could try a WiFi endpoint in the music room? And see/hear if it plays without dropouts?

It might look nicer and work just as well. If it doesn’t work reliably, then you can fall back to your original plan to run cable?

Or have you already tried and WiFi failed?

I haven’t actually tried yet - I’m at that point where I want to make the upgrade from my MacBook as a streamer to the Core / Endpoint system. The streamer I’m looking at getting is the Wattson Audio Emerson Digital, which only has a wired connection, no WiFi. . .

Why not try some powerline?
No cables, just 2 plugs into the closest electrical outlet, job done

A wireless bridge could work. The bridge has ethernet ports.

If you go down the path of trying wireless options, make sure you can try risk free (get your money back if it doesn’t work).

If you can’t trial and return, then just run the long cable

Check out Netgear Orbi WiFi 6. It can run in ‘bridge mode’. One plugs into router, other goes to listening room. Or you can use one as router. Flexible. 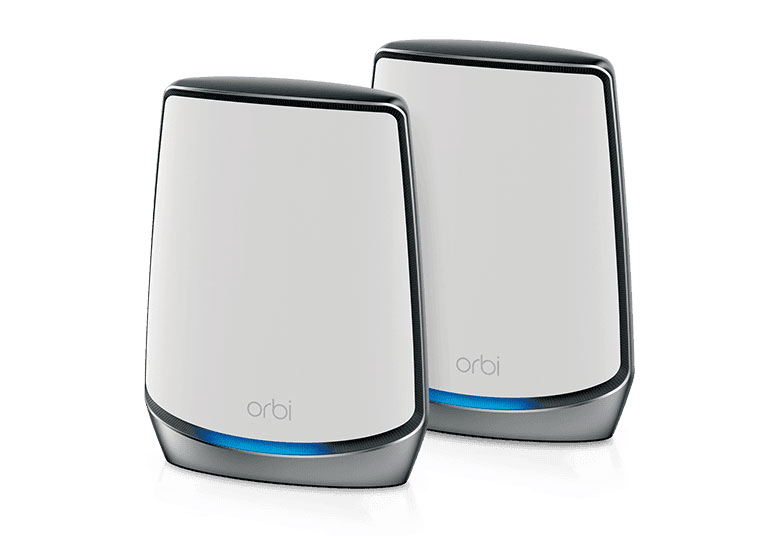 Uninterrupted streaming, gaming, and more from any part of the house for up to 100 devices using the latest WiFi 6 technology. Buy now! 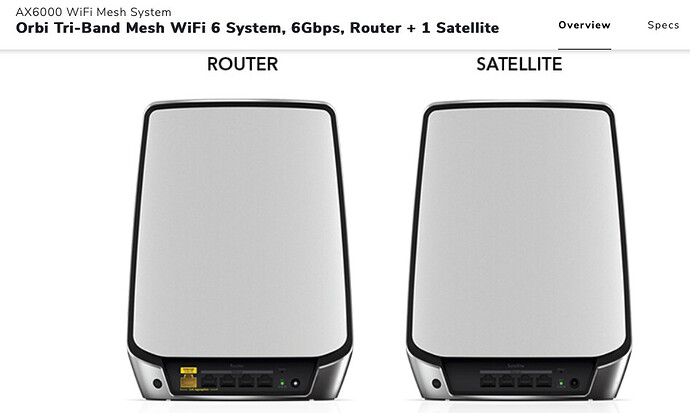 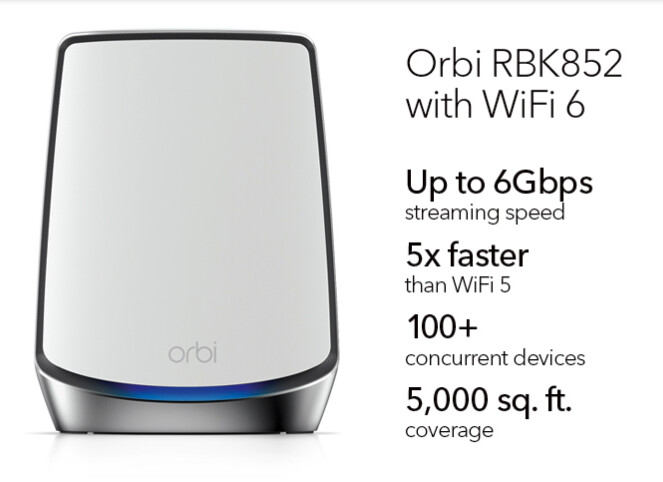 In one of my houses I had a single blue run of ethernet from the basement to my office on the 2nd floor. I ran it on top of the floor trim up the stairs 3 flights, over a door frame, and finally into my office. I think it was held down with blue painters tape or something equally utilitarian. It was not in the way but obvious.

You’ll have longer runs, which isn’t an issue, but running above your head is usually more WAF than on the floor. You could also look into using flat ethernet cables. They come in colors that would make them less noticeable. You could run them up in the corners of the ceiling.

The other option, and I’ve done this shhhh don’t tell anyone, you can drill through shared interior walls pretty easily to shove a cable through which can get you to rooms without having cables in a hallway. You might even think of putting a face plate on the wall itself, no box just the face plate, to make it look like there was always something there. Patching small holes like this when you leave the place is pretty easy.

and… if you have carpet there is usually enough of a gap between the carpet and the trim to shove a few cables under which hides them completely. Or, you can remove the trim, put the cable behind it, and reattach the trim if you’re comfortable with that. The drywall doesn’t usually go all the way to the floor so you’ve (probably) got room behind the trim for this sort of thing.

Good luck! Wired is so much less of a hassle. It’s worth the time to run.

I have the original version of these Orbi mesh router’s and satellites because my better half would not have cable’s run. But she thought that the Orbi devices looked good

It basically give’s me 800Mb in the rooms I have them in.
The newer models are even better, but I cannot justify upgrading at this point as the old ones still work so well

I have close to a mile of Cat6 installed in my house. All of it is under floors, above ceilings, or within walls, apart from the 3 X 40m runs out to the office in the garden which is run in conduit on cable ‘tray’ made from decking boards. It all terminates into RJ45 faceplates in each room. With a bit of effort, it’s easy to conceal cables. If you’re competent at DIY, it’s not too difficult. My SO would kill me if I strung cable across the house, despite her being forgiving about speakers and their placement, battleship sized/built amplifiers and acoustic treatments on walls/ceilings.

I too have a very very forgiving SO so running cables is really no issue…but we own a two story all concrete apartment and holes where needed are a PITA if not already there. One does what one can to hide things tho. If you are renting it is harder. Also consider a couple of FMC’s and using a Fibre run that is much easier to hide than a bigger lan cable, but can’t be bent to much or the internal Fibre can break.

I use devolo magic 2 power plugs. Wifi and Ethernet. Although not classed as ideal in the Hi-Fi fraternity they have been, well, ideal.

I’m just wondering if it’s a good idea to have a WiFi satellite sitting in my HiFi rack to feed the bridge, since the whole idea of having a bridge is to get internet noise away from the music equipment? Or is it more computer processing noise you’re trying to remove?

The Satellite would generally sir on or near the rack as the metal in the rack tends to block WiFi signals but it can be anywhere you can run an Ethernet cable to the equipment (ideally that gets good signal).

The power noise suppression would come from the Tacimo Power conditioner bar’s that someone else mentioned previously in the thread. For under £40 they are excellent.

There are very expensive devices that do total power isolation, but these can cost many thousands of pound’s.

Edit: I was confused between 2 thread’s and the power conditioner was mentioned in the other thread not this one.

I have the equivalent. Two islands where everything is cabled, connected by a mesh wireless network.
Works really well and roon has been rock solid.

I bought a much cheaper version than the orbi. Occasionally (every six months perhaps) it needs rebooting but roon is a good bellwether for that as it goes wrong before anything else notices.

I use a flat black Ethernet cable at my partner’s home and run it along the siding board. For some reason it only ever shows an amber light on the router, which means 100 Mbs instead of 1,000 (green). Not sure if that is because of the topology of the cable or some other reason. It only carries an audio signal from the router to a network endpoint so works fine for that.

And add whole load of RF to your mains system. Best avoided in all cases, it’s not very reliable, can often interfere with sensitive analogue components. Go WiFi over using EoP.

You just have to verify the endpoints capability, many don’t have gigabit.

Same issue here, for that I buy pink cables 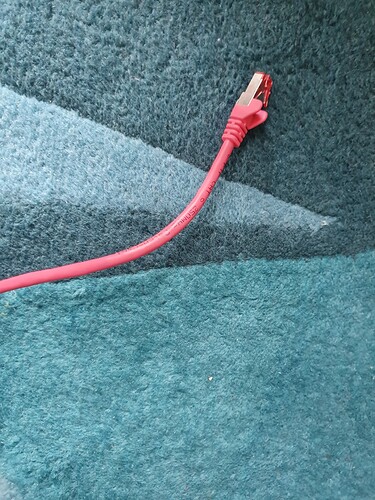 I used these cable concealers. They’re self adhesive and easy to put up and take down when you move out. They are pretty inconspicuous when run along the top of a baseboard or along the edge of a wall. Spousal unit thought it looked great 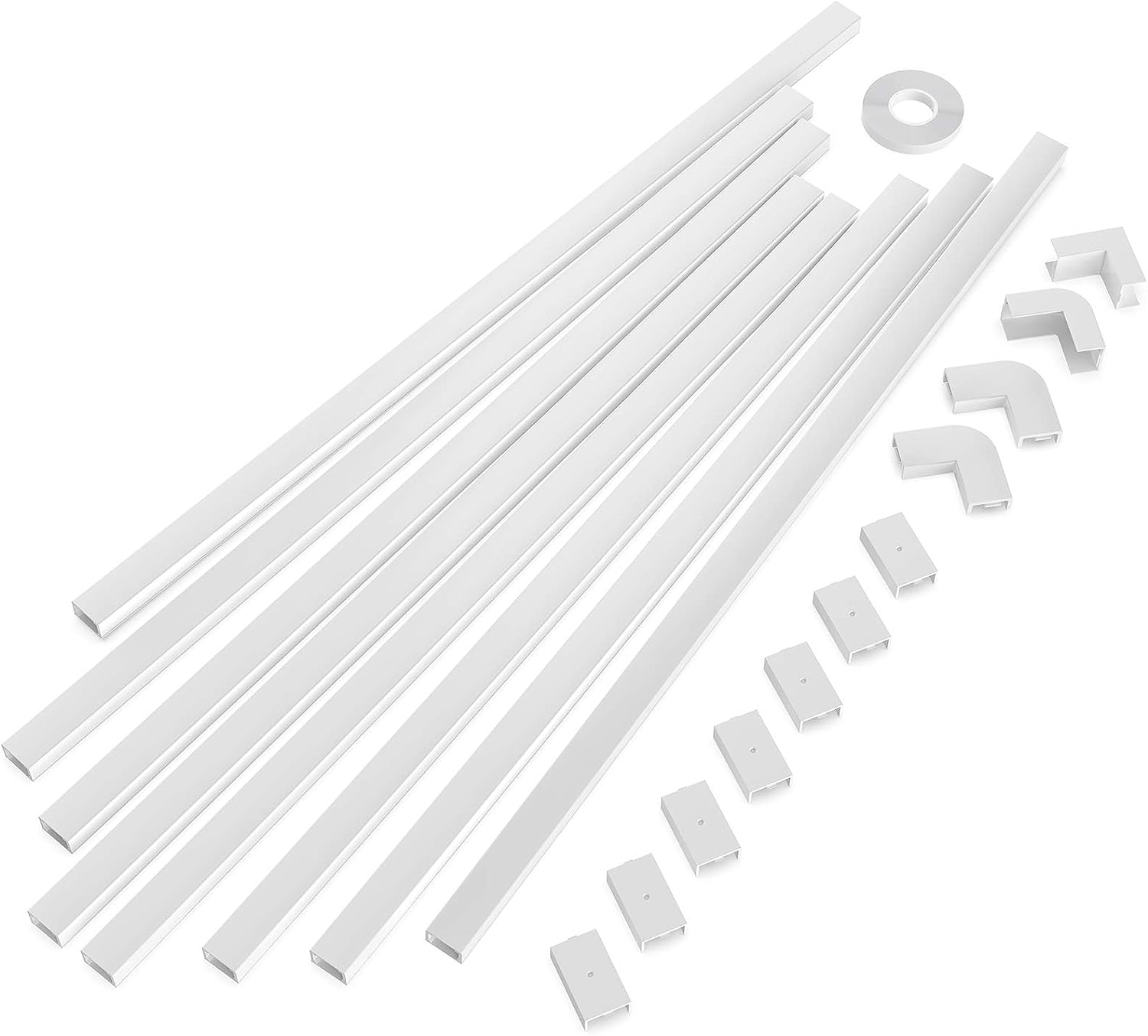 I’ll add another thumbs up for flat ethernet cables. I have a couple of these (one 10m, one 15m) and they both work flawlessly. More importantly, they’re hardly noticeable when run along a white skirting board or along the edge of a white ceiling.