Ethernet, optical and wifi, depending on Roon endpoint

For MCH, USB to Okto dac8pro; HDMI to Marantz pre-pros

My library reports 35,594 total albums on the home page. However, when selecting My Albums, Roon reports only 12,653 albums. We can start by wondering why there is such a big difference.

This plays out when doing a Focus for multichannel albums. Under Channel Layout in Focus, Roon reports seeing 5 – Quad albums, 158 – 5.0 albums, 452 – 5.1 albums, 2 – 6.1 albums and 1 – 7.1 album, for a total of 618 albums. When saving that Focus set to a bookmark, and then clearing all Focus and selecting the same bookmark, I get 617 albums. We can further wonder what happened to the 1 missing album.

But, 1 album is not the issue. When I do a search of my music library on my NAS, searching just for DSF Multi albums, I get 706 albums – and that’s not counting quad or FLAC 5.1 albums. Adding those in, my NAS reports 1,161 total multichannel albums.

Thinking the bookmark might be corrupt, I removed it and re-saved it. Same outcome.

This has been an issue the entire time I’ve been a Roon subscriber (several years and a good number of Roon versions and builds). I think it’s time to resolve this!

Thanks for the assistance, Team Roon. Cheers. JCR

@support, bumping this back up for your consideration. Thanks. JCR

Can you share some screenshots of some examples of what you’re seeing? Thanks!

Attached is a look at the bookmark for DSF MCH files, specifically in the row where Billy Joel should appear alphabetically after Billy Cobham and before Blood, Sweat & Tears. There is no entry for him, as you can see. (He doesn’t appear under “J” for “Joel,” either.) Then, I separately did a search for artist Billy Joel and you can see the screenshots of the MCH versions of three of his albums that should appear in the bookmark, but do not do so.

I can repeat for you with other artists, but I think this shows the issue clearly for you.

To close all loops, 10 Billy Joel albums, including those that have DSF MCH versions, do show up when using the DSF bookmark, to wit:

However, no Billy Joel albums show up if the bookmark is all MCH, DSF or FLAC, to wit: 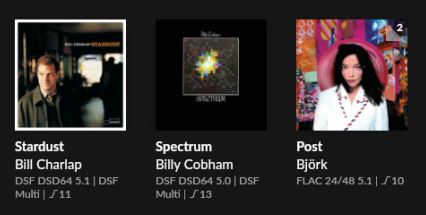 Thanks for taking a look at this. JCR

@dylan and @support, just bumping this one up for your consideration. Thanks. JCR

Unexpected behaviour with filters and albums with multiple versions Support

AFAIK, that is expected behavior unless you enable the display of hidden tracks and albums - because other versions than the primary one are hidden. See also:

OK, @BlackJack, thanks for your input. I went through the tedious process of changing the primary version of each album that has a MCH version to the MCH version thereof. Yes, this works. I can now identify 819 MCH albums, including the missing Billy Joel and Elton John albums noted above.

The only ones that are not found are the 4 channel Chicago albums, dubbed “quadro” 24-48. Although I have 4 channel albums selecting in my MCH bookmark, those albums do not appear even though the 4 channel version is selected as the primary. I can only find them by an artist search and then select the album from there. Any idea why this is so? Thanks. JCR

The only ones that are not found are the 4 channel Chicago albums, dubbed “quadro” 24-48. Although I have 4 channel albums selecting in my MCH bookmark, those albums do not appear even though the 4 channel version is selected as the primary. I can only find them by an artist search and then select the album from there. Any idea why this is so?

What do you mean by “dubbed”? I’m pretty sure that for Roon to recognize 4-channel recordings as such, the file must contain 4 distinct channels. So what file format are those? What encoding is used?

That’s all the ideas I have about this. I hope this helps.

They are 24/48 discrete 4-channel files and Roon recognizes them as such. See screenshot below. JCR 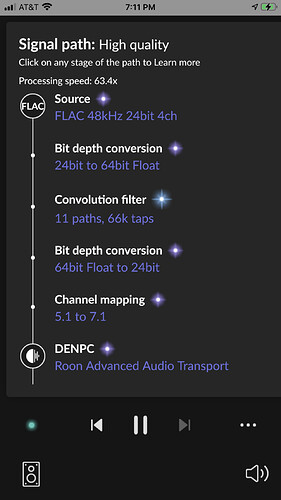 Is that one different from the one you wrote before?

the bookmark for DSF MCH files

Because the 4-channel example is FLAC not DSF. If the Focus is all about multi-channel files regardless of format, then not showing the 4-channel ones is what I would consider a bug, looking at the wording of the filter in your screenshots which contains “Quad”, and it’s upon support to comment on this.

My bad nomenclature, @BlackJack. Same MCH bookmark with both DSF and FLAC files, to wit: 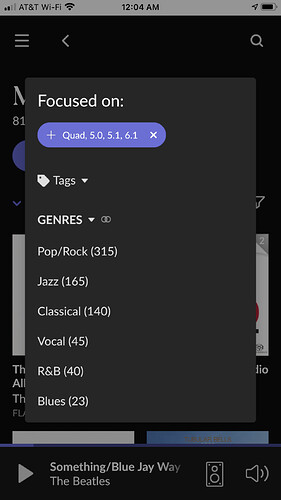 Alphabetically in the MCH bookmark, the only Chicago album that appears is DSF5.1. 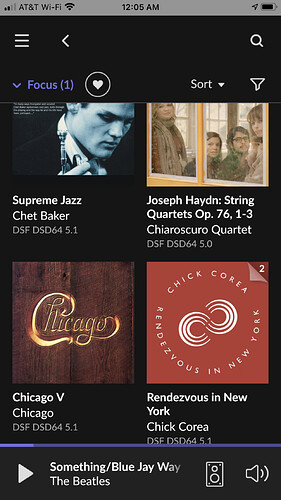 Yet, I have multiple 4 channel Chicago albums. 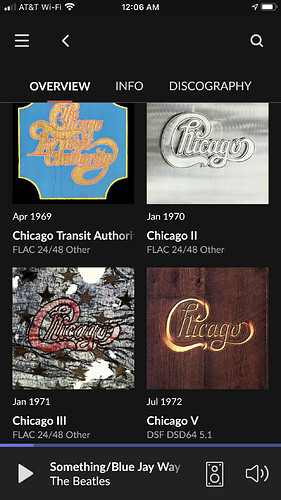 Note that Roon tags each of the 4 channel albums as “other” and not as quad.

And indeed, these albums do play out as discrete 4 channel versions: 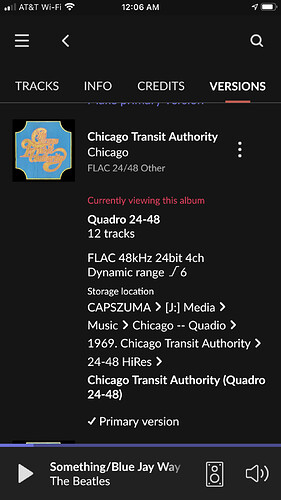 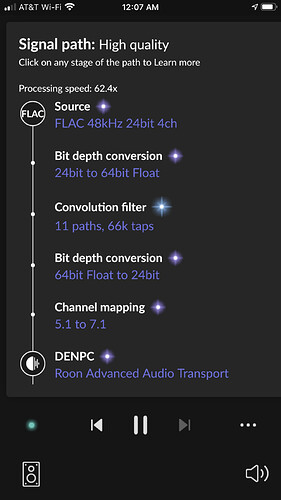 @noris and @support, we may indeed have a bug here. Thoughts? JCR

@noris and @support, further proving up that this is a Roon bug, I have found a workaround. Using the very robust Music Media Helper tools, I can select Remix Channel Layout. 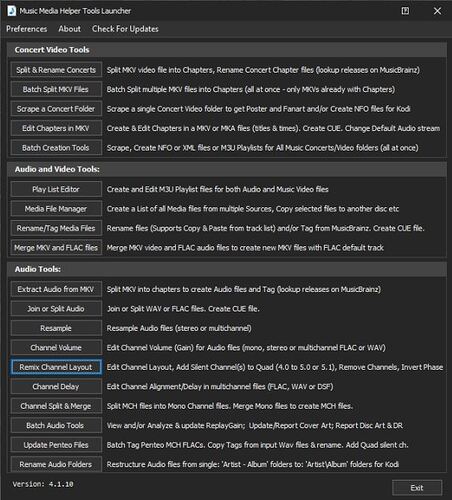 This enables adding a silent center channel to a 4-channel file, converting it to a 5.0 file recognized by Roon as a MCH file.

As a result, all of the Chicago Quadro albums now appear in the Bookmark.

And as you can see, they are recognized as 5.0 files.

Of course, I should not need to do this, but at least, there is a way to make it all work. JCR