"go to composition" button not always there?

I have a question: why the “go to composition” button (after the three dots at the right of the track) is not always there?
for example 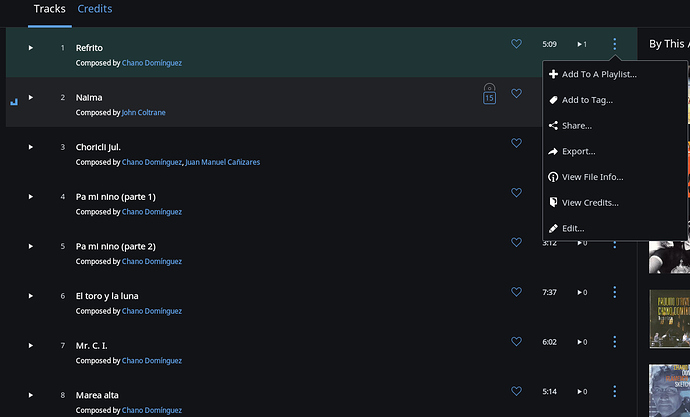 and, in the same album, the following track: 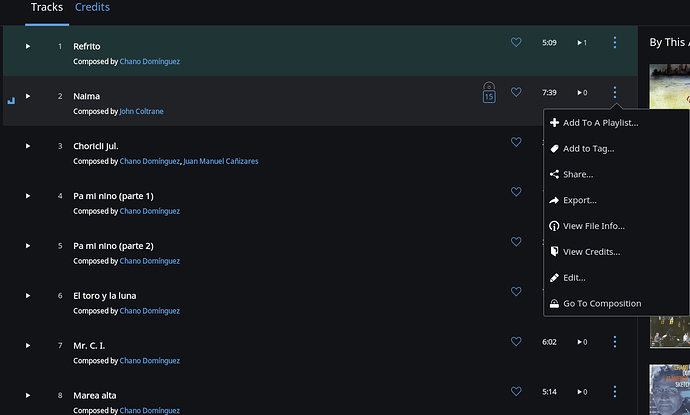 in this album i thought that tracks with only one performance do not have the “go to comp.” button, but it’s not so. in fact, the last one:

so i suspect that not all the tracks have a corresponding composition. is that so? it doesn’t make much sense.

another, more complex example: i have 2 versions of the same album (both identified): 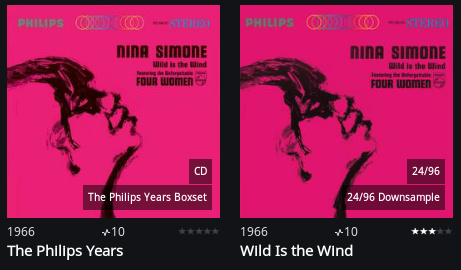 if i look at track in the first one i get 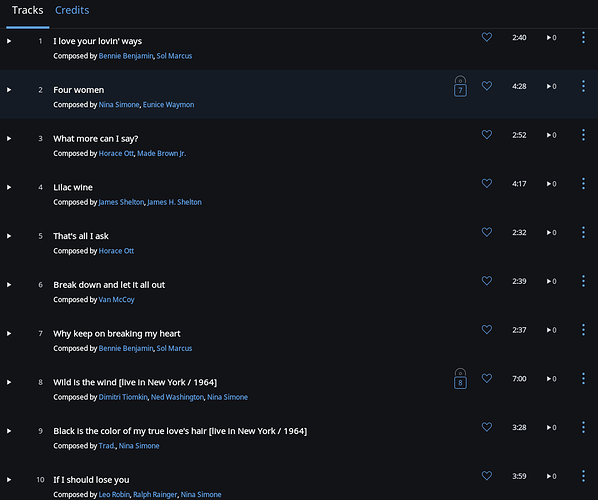 here clearly there’s something wrong, since all the tracks/compositions should have at least 2 performances. the point is that (i suppose) they are not recognized as the same composition. but it’s difficult to check, as in the first album there’s no “go to composition”

while in the second album there is:

sounds strange… the title, the composer, the performer, the album are the same…
finally, if i go to the compositions page (and filter as composer sol marcus, which for BOTH albums is reported as composer of the first track) i get

image.png1404×617 97.1 KB
this confirms that the 1st track of second album correspondo to composition “i love your loving ways”. but there’s not another composition (with same name?) from the first album: that one HAS NO COMPOSITION.
i think there’s something wrong here…

and looking at the other compositions in the same screenshot, you can notice from composition “i’m blessed” that i have two versions of another album 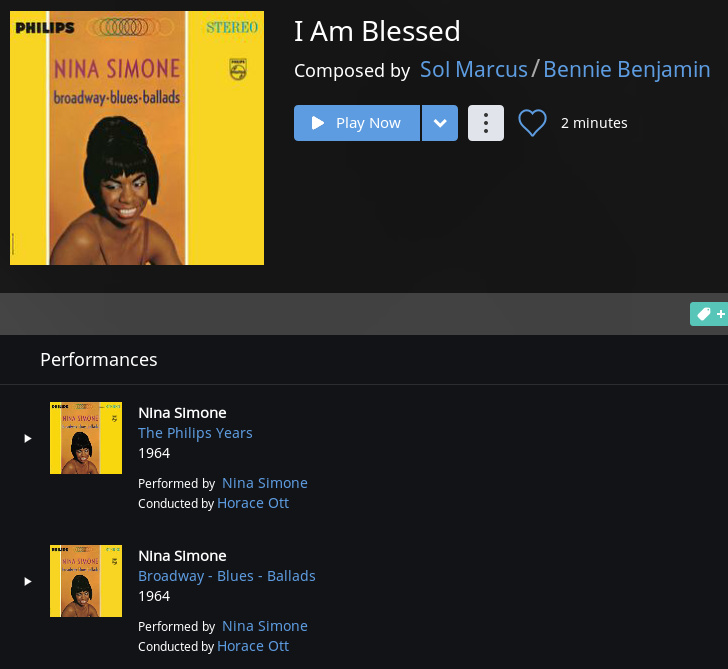 image.jpg728×669 95.4 KB
but all the other tracks of that album present a similar problem, as the composition is recognized in only one or the other of the albums. with the exception of “don’t let be me misunderstood”, that is recognized twice, as two different compositions.

i understand from the posts in the community that in general there is a problem in composition identifications (that in general requires a merging operation). but here it’s seems to me a different problem: the composition is completely missing, so it’s even impossible to merge anything.

i add that i write this now, but it’s not at all an isolated case: i’ve notices many many similar tracks/albums/compositions. but as i’m new to roon, it took me a while to figure out the problem and the question for the support.

This has been noticed before…

In case others come across this, it has been identified as a problem. Roon have stated… Our theory is that it was caused by one of metadata services giving an information which Roon didn’t interpreted 100% correctly. So, now we have an opened ticket for the issue, and I hope our developer team will fix it In this instance, I associated the album with an alternative and the problem went away. Brian

You could try re-identifying the album with an alternative issue if one exists.

However, we’ll only give you a link from the Album Details page if either of the following apply:

the solution of trying to identify with some other release… is not a solution, and i think is not very serious: what’s the point in having all production, mixing, recording and release dates, labels, catalogs and so on metadata… if the association with my files is wrong? i want (at least for major releases…) the metadata to be as more correct as possible with respect to my actual files. otherwise, i can go on my my tags…

anyway, i’m glad to see that this is signed as a problem by roon staff, and i hope to see a solution.

anyway, i’m glad to see that this is signed as a problem by roon staff, and i hope to see a solution.

I’ve no doubt that they’ll get there in the end, but it is certainly annoying that in the interim it seems that many of the tidal albums that I have been editing have this problem - one giveaway is if the metadata has some composers identified and some not.
EDIT. Ahh, not always.