This just appears to be a chrome cast on steroids. Can I use it as a Roon Display?

I have the same question, but having seen one on the flesh it is only a 7" tablet size. A bit smaller than I was expecting, but similar devices are available in 8" and 10" versions from Lenovo ‘Smart Display With Google Assistant’ and JBL Link View (8" I think). Both Lenovo and JBL have much better sound than the tiny Google Home Hub, so could be used as a full Chromecast endpoint for Roon? Anybody tried any of these with Roon?

To be clear I’m only asking if you can send display information similar to chromecast display, I’m just looking to put one in the bathroom to accompany a Bluesound Pulse to provide playing information, not as a sound source. Thanks.

Understood, I was simply broadening your query as both have the same answer (it works or it doesn’t).

However, why would you want two devices in the bathroom when you can get away with having only one?

I dont think the screens are a Chromecast souce, mainly for video calls and watching YouTube.

The same reason you would use a chromecast to display information in any zone.

Google Home Hub does not have a camera, which is just as well in a bathroom I suppose!

The way I understand it, the Home Hub is based off Chromecast, whera as the other Google “like” apparatuses are based on android, have cameras, and do a bunch of other stuff. I’m just looking for a compact screen that can show Roon info and wanted to know if this would act like any other chromecast based display in Roon.

I thought this was like the other home assistant screens, obviously I was wrong. The blurb on it is very unclear and Google haven’t said it’s Chromecast compatible even though it’s running Google Cast under the hood. I guess it must do though as apparently no apps are on it so YouTube must get on their somehow?

this article explains the differences. As it is closer to a Chromecast than an Android tablet, it should have no issue with being cast to by Roon. Reviews I have read all said it could be cast to with one major exception. For reasons unknown you cannot cast Netflix to it. Youtube is baked into the build, there are no apps as such. It is pretty much an appliance (which in this case is a good thing). I quite like it, but they are tiny though. 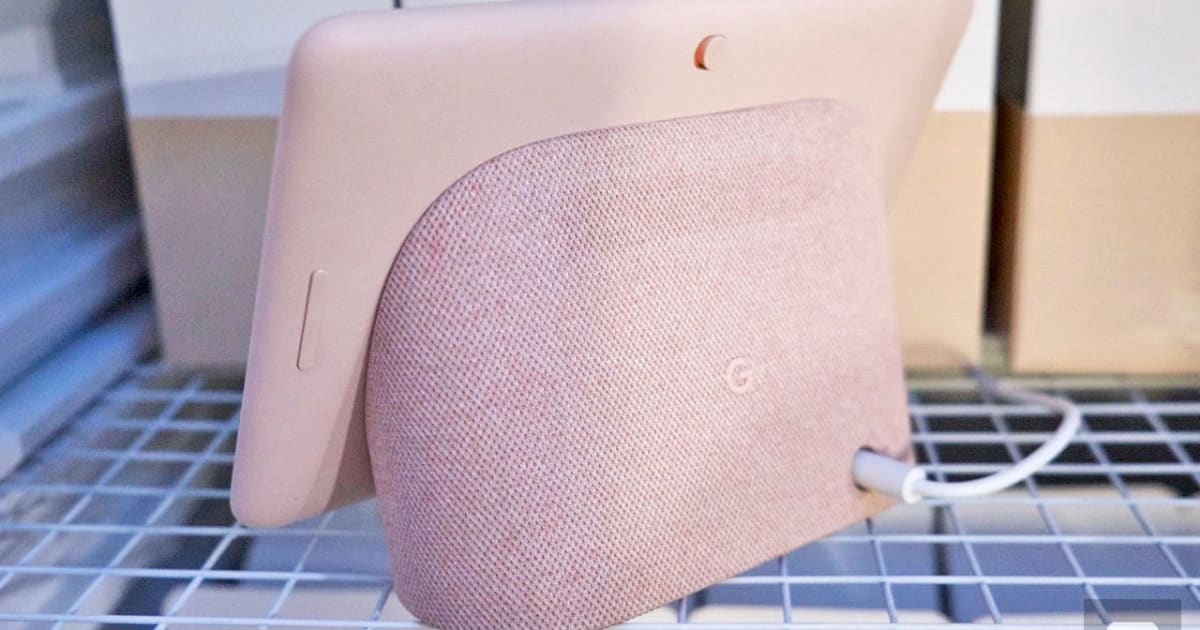 No Android Things in this smart display.

25 posts were merged into an existing topic: Google Nest Hub as a Roon Display

Works just fine as a display for roon.

Works just fine as a display for roon.

Excellent… I will tell Santa

I saw a message earlier this that they would be discounted later this week, so thanks for the reminder

Does it ever go full screen with Roon? If so, could you post a pic (if you get a chance). 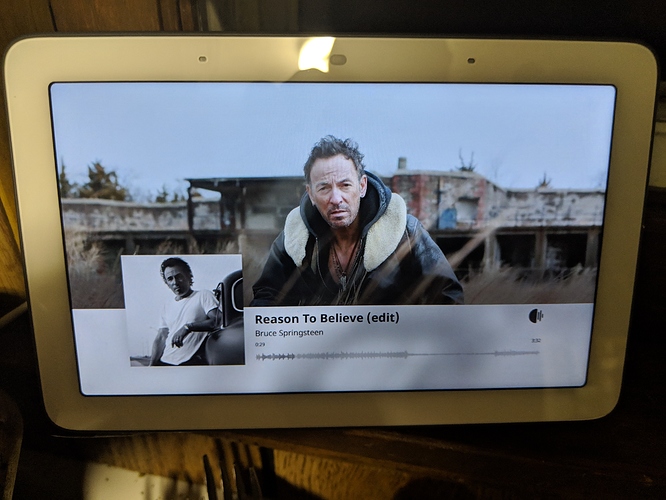 Just tried again this morning after letting the hub sit since last night.

Roon display came up when I clicked to start it and it showed for 15 minutes before it switched to the hub home screen with the time and random pictures.

Swiping from the left to right brings up the full screen clock.

Swiping from the right to left brings up a new picture.

I played around with it last night. Mine doesn’t go back into screensaver mode on it’s own. It will stay on roon for as long as i have it set as a display BUT if i do swipe it away there is no guaranteed way to get it back. Sometimes it shows on the home screen like in the pic, sometimes it doesn’t and there is no way i can see to access anything directly thru the device. As I said it’s cool as a display for roon but obviously not designed to be a cast device in that sense. Maybe as it grows there will be more touch relayed functionality (reopen apps/recent etc)