Have you ever reported a problem with a Qobuz album?

I recently discovered on Qobuz a really excellent, historical live recording, remastered in HiRes. It sounds amazing, giving that it is nearly 70 years old, but…

…the sound is only coming from the left channel.

I reported this to Qobuz, who said they would escalate this to the Catalogue Team for analysis…but does anyone know how long it might take to fix the problem? Perhaps that is an impossible question.

I checked on Tidal, and although not HiRes, the channel imbalance is still present.

Hoping the person who remastered the recording didn’t mess up what could be the best recording of a very great musical event.

I reported a corrupt track on a Qobuz streamed album a long time ago. Qobuz did eventually respond and the track was fixed. But it all took a very long time (so long I cannot remember now). I eventually lost patience and bought the CD and ripped it myself. So be prepared for a long wait as there are dependencies with the Qobuz suppliers.

You might want to reach out to Qobuz in the new roon Qobuz feedback thread in addition to Qobuz own channels.

Hiya everyone, Figured since we have reps on here for products such as Lumin, KEF, etc., why not someone from Qobuz - a service we all love and support. I have asked @David_Craff (Qobuz Product Manager) if he would like to join our community and he was very kind to accept my invitation. **David will only be able to assist with Qobuz related questions/feedback and will be keeping and eye on this thread - time permitting ** This is purely a Qobuz feedback thread and he will most likely not be …

I was worried about that being the risk. I wouldn’t mind buying it, but guess the download from Qobuz comes from the same stock?

Perhaps this is why CD sales are increasing…

It’s worth reaching out directly to @David_Craff on the Qobuz feedback thread as he seems pretty reponsive. At least you have a name. You never know.

Give me the share link of the release I will check the download file and check with the supply team.

As mentioned, this was something I would buy too, if in good order.

The plot thickens. I got curious. Through roon I get both right and left channels. But the Keilberth 1953 Ring cycle is mono. Maybe you have to set something on your system? It was probably originally a mono radio AM recording so there will be limits to the remastering. But as you say, through roon the performance shines through.

It turns out that Keilberth was doing ring cycles at the Bayreuth Festival virtually every year in the early 1950’s. So much so that he was chosen by Decca in 1955 to do the first ever stereo recording live at Bayreuth. Some say that is the best ever recorded ring cycle. It now costs an arm and a leg and I have never heard it but it is available on Testament: 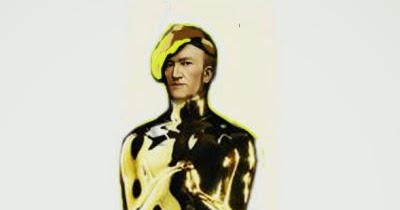 The Best Ring Cycle Of All Time: The Winners

The story is that Decca shelved the 1955 Keilberth as they wanted the first ever stereo Ring to be be a studio version and that job went to Solti.

With This Ring | The New Yorker

I did think that, but tried other mono albums where I get a central image. Now, on speakers it almost sounded like the channels were out of phase, but every time I go back to headphones I only get the left channel. If I listen, to say, the Krauss cycle from the same year, it is in the middle of my head, and no worse for it.
I have the 1955 cycle from Testament, which is good, but when I heard the 1953 Mödl Brunnhilde…like, wow! I don’t think there is a more thrilling Prelude to ‘Götterdämmerung’, as Mödl is in such fresh voice.
If there is something wrong with my system, I really am up for correcting it, but this mastering is quite amazing, and I would love to hear it in full, mono glory.

Ok, I think I can hear where you are coming from.

You can invert the phase in roon from the DSP settings. Just add a speaker filter. For me personally that really tightens everything up. Normally I am very tolerant of these historical recordings so I just ignore the mastering and put any issues down to the limits of the recording but you might be on to something. I can very clearly pick out the the Reine maidens in the opening Weia Waga with the phase inverted whereas un-inverted they sort of blend together and wander around the stage (that’s what I assumed they were doing compared with a studio recording).

When I try headphones I do get a sensation of everything coming out of the left channel but there is still a signal coming out of the right channel (it’s not silent, but psycho-acoustically you don’t really hear it, is that what you meant?). When I invert the phase in roon the image does snap centrally for me.

I don’t know if it is possible in roon to invert phase on a recording by recording basis. I’ve done this for all recordings which is not what is really wanted. I also don’t know if this is really the issue or where phase got inverted (if it was inverted). Maybe it was just recorded that way or there really are differences between the CD, download and stream.

I’m pretty sure that if you have the download you can invert the phase with something like dbPoweramp (Edit; after checking no you cannot, dbPoweramp cannot invert phase). The first few scenes are absolutely electrifying with phase inverted. I haven’t had time to listen to the rest of it.

No. I have never used phase inversion in roon before. It’s just a work around really.

I use Pristine Audio a lot for historical recordings and in the mastering notes you often see that phase had to be corrected. But Andromeda makes such a big thing about it being a new remastering it is difficult to believe they accidently inverted the phase. So if this really is the problem it must have happened later in the supply chain to the streaming platforms. As I say I only listened to the first few scenes and phase inversion subjectively helped for me. But there is no guarantee it works for all 12 discs!

I checked the stream of the first track, my result is stereo 24/96.

I use Pristine Audio a lot

Me too; Andrew Rose achieves miracles with older recordings. The recent Karajan/Bayreuth ‘Tristan’, again with Mödl is exceptional. But even Rose uses ‘Ambient Stereo’ for the HiRes versions, and so I can see there is scope for something occasionally going awry.

But I’ll try inverting the phase via Roon, and see what happens.

It also seems that you can buy single tracks from Qobuz, which may be a helpful comparison.

The stereo mastering may be part of the problem?

If you get a chance, would you mind comparing the first track again with this version from Clemens Krauss from the same year/festival, 1953: Das Rheingold, Krauss, 1953 Myto ?

The Krauss recording gives me a rock solid central image, whereas I am still getting a skew to the left channel on the Andromeda recording, especially on vocals e.g. track 2.

This version of the Krauss Das Rheingold gives the same effect as the Andromeda Keilberth version. Are companies using an Atmos-esque ‘spatializer’?

I use Pristine Audio a lot for historical recordings and in the mastering notes you often see that phase had to be corrected.

So, in the OperaPrima version of the Krauss Ring, only Rheingold has the weird phase anomalies (without listening to the whole cycle; sampling each opera in the cycle). For example the Act II Prelude, Die Walküre is good, solid mono.

I’m amazed that I haven’t come across this type of problem before.

I imagine the smaller labels must automate much of the remastering.

I find these effects are much more noticeable with headphones. With speakers I am just in the habit of ignoring it. Did you try enabling crossfeed in roon? Roon themselves comment:

Crossfeed makes headphone listening feel more like listening to speakers. It makes the largest impact on early stereo recordings where instruments are panned hard each side.

I know these are mono recordings. But it seems to help. I don’t do a lot of serious headphone listening so it is not something I was particularly aware of before.

On balance I have switched phase inversion off as listening further into the recording it does more harm than good with speakers. I did leave crossfeed on though. I think a lot of this is the limitations of early recordings although Andromeda probably emphasised a few things to make their master stand out. My guess is that in this case CD, download and stream are the same master but I’m sure Qobuz will comment.

l read somewhere that you can enable “mono” in roon but I can’t see how to do that.

Did you try enabling crossfeed in roon?

I tried Phase Inversion, but not this…never needed it before, and usually try to avoid any DSP if I can. Will give it a go.
Phase Inversion didn’t have much/any impact, but I suspect if phase is an issue, it is that the Left and Right channels are out of phase with each other.

l read somewhere that you can enable “mono” in roon but I can’t see how to do that.

I did search for that - it would be an easy solution, but it seemed to involve tweaks in Headroom Management (I think) and I haven’t had the fortitude to try that yet.

What is starting to worry me, as the Orfeo versions are starting to disappear from Qobuz, is that any drive to increase Atmos/spatial audio versions of classic material, could be really problematic if not done very well. Pristine seemed to have found the right balance, but even there, I would love to have the choice of a HiRes mono version, as Warner have done with Callas, or Furtwangler, without the Ambient Stereo DSP.