How to report Incorrect lyrics?

Occasionally, I come across a track with incorrect lyrics. What’s the appropriate way to report these so they can get fixed?

Do I just post them here as I come across them?

You are in the right place I think, is it just some words or the whole song?

Completely wrong lryics for entire song. Usually the lyrics should be linked to a different song on the album.

As I come across them I’ll post them here.

Lyrics are from another song on the album. I downloaded the single track from iTunes. I did edit the Genre and Composer tag. 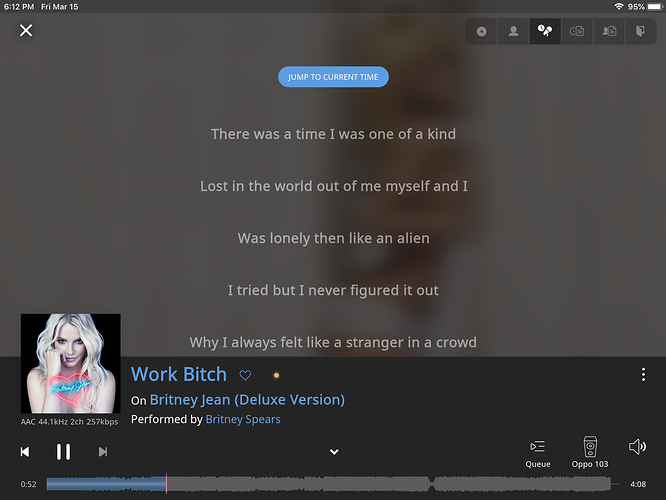 Is this what you mean by the album details page? 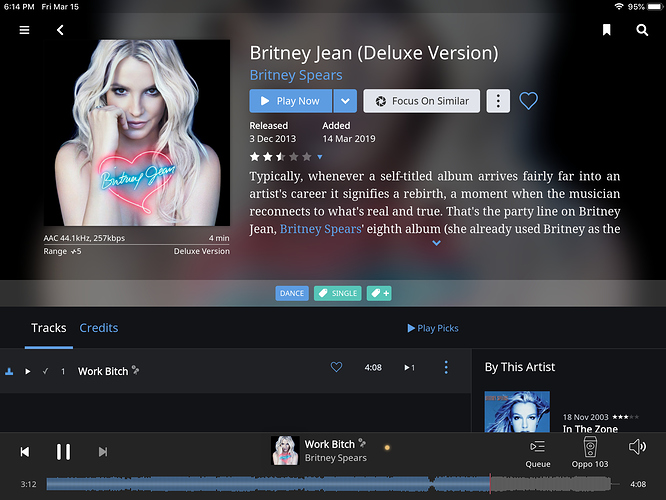 Again, lyrics are from another song, “Touch”, on the album. When playing the track Touch, the same lyrics appear (correctly). 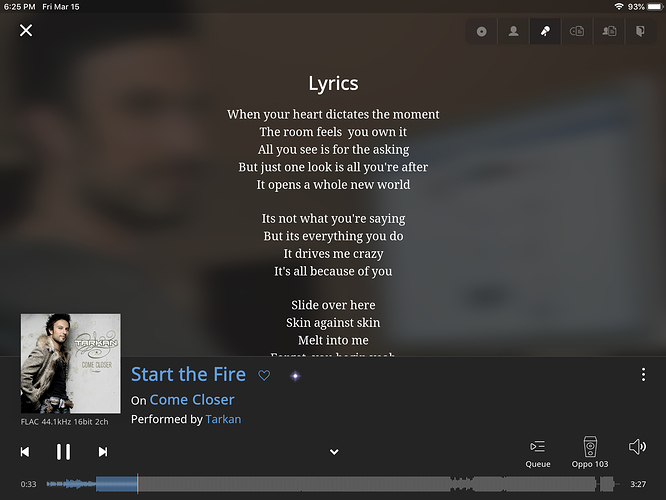 Here’s the album. Only edits are to Genre and Composer file tags. 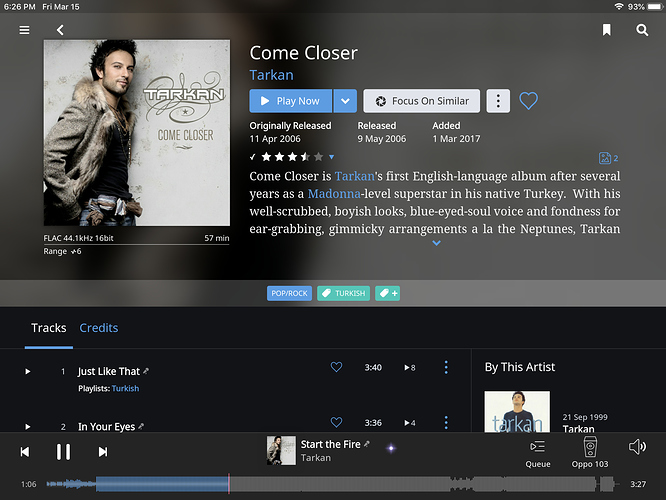 Using the Britney Spears album as an example, can you navigate to the album and for that track select the 3 dots and choose View Lyrics? Do the lyrics appear correctly for you there or do you see the same thing?

I did as you suggested and got the same results (incorrect lyrics) for both of the above examples.

Thanks for the confirmation, @Saturn94.

Would you be able to share these two tracks with me?

I don’t use Dropbox, so another method would be helpful.

Checking in again for any update on this…

The Britney Spears track has been resolved. For some reason it was misidentified. A quick correction and now the lyrics are correct.

The Tarkan track is incorrect at the source of the data. Roon is looking into getting it corrected.

Here’s another example of incorrect lyrics. In this case there should be no lyrics at all, since it concerns an instrumental classical piece: 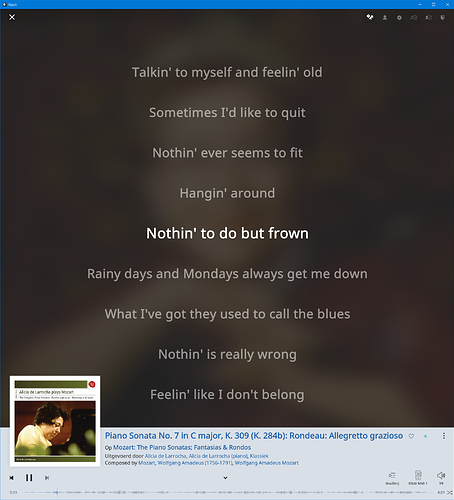 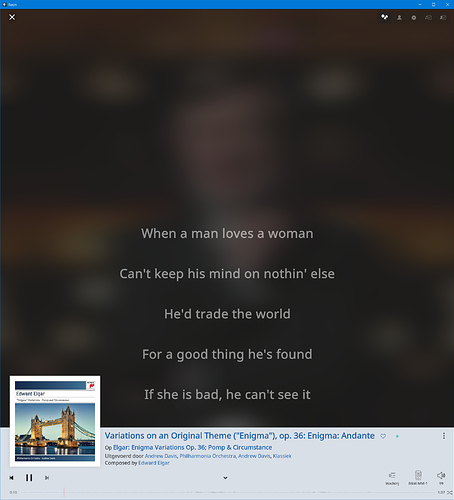 Here the lyrics were taken from the Jesus Christ Superstar album, also written by Andrew Lloyd Webber, but thet are obviously quite different from the Hosanna in a Requiem. 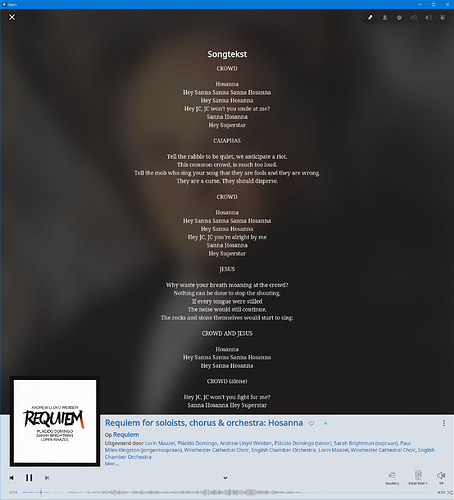 Another example:
Here the lyrics shown are a different ‘stepping stone’ than the one originally sung by Duffy. 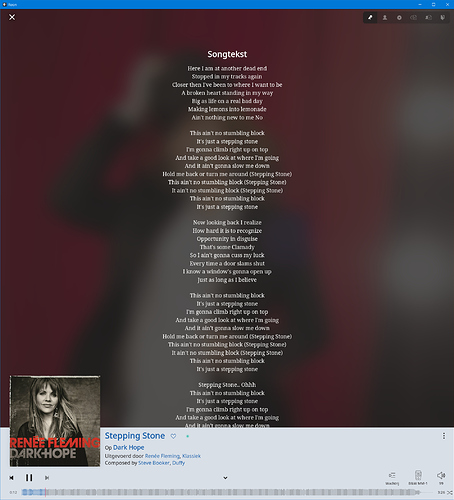 Strangely, when I play the Duffy original, the correct lyrics are shown: 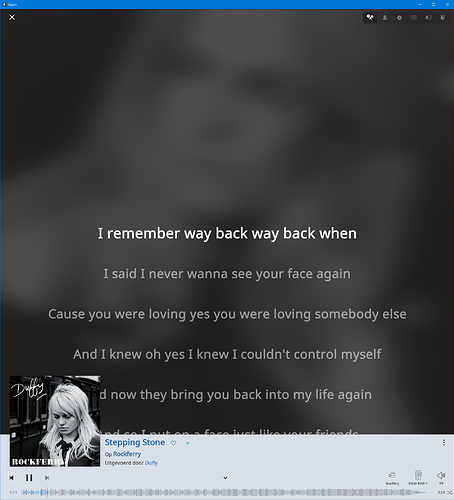 Seven months later and the lyrics on the Tarkan album are still incorrect as described in March.

The lyrics provider just doesn’t care and corrects nothing. My case is now more than a year old and nothing has changed.

Gloria Estefan’s Unwrapped contains a English (track 2) and a Spanish (track 15) version of the song Te amaré. Roon has swapped the associated lyrics. You get the Spanish lyrics for track 2 and the English for track 15. [grafik] https://musicbrainz.org/release/9604ac19-3f62-4c2d-9c0e-6239fcc98556 [grafik] I’m sure you can fix this.

Here are a few more:
This one is an instrumental song played by Yo Yo Ma on cello and Joshua Redman on sax. No-one sings! 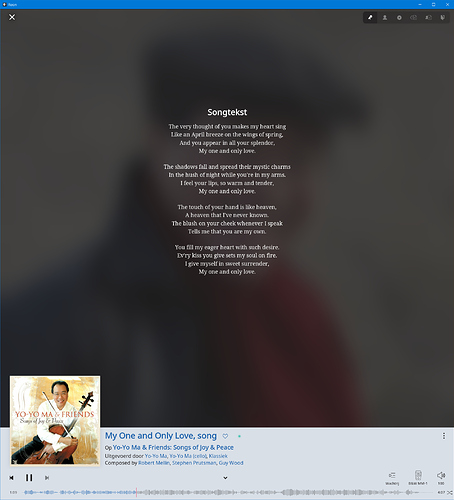 image.jpg1920×2110 531 KB
In the next one, Bengt Forsberg plays the well-known choral-variation on “Jesu bleibet meine Freude” from cantata 147, on his own, on a piano. Again: no-one is singing! And IF someone had been singing it would have been in German, most certainly not in English! 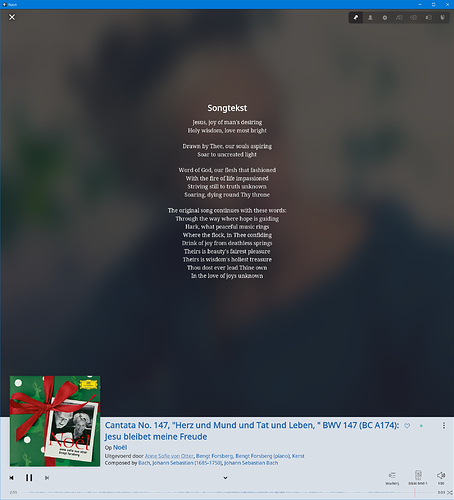 Next up is another weird one where I’ve absolutely no clue as to how this came about:
Why would anyone think of adding lyrics to an album that is competely instrumental?
The cd is a very beautiful one on which the late lamented Anner Bylsma plays Vivaldi cello sonatas. 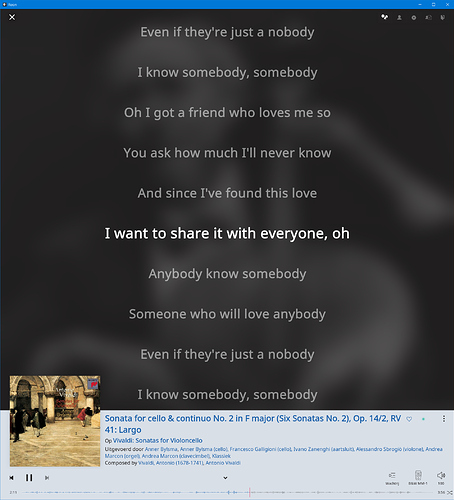 Here are two tracks from an opera excerpts cd by Cecila Bartoli:
The lyrics shown are unknown to me but I’m very sure they are not in Italian and aren’t part of the libretto of Le Nozze di Figaro! 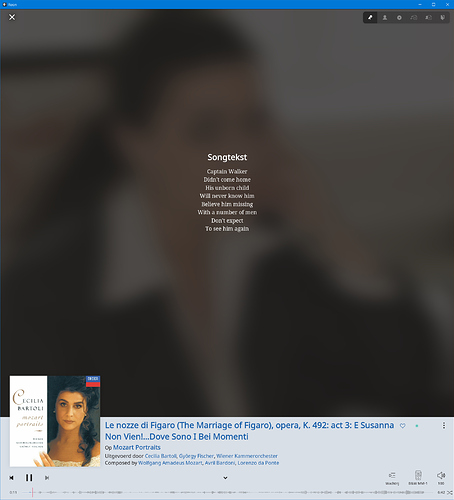 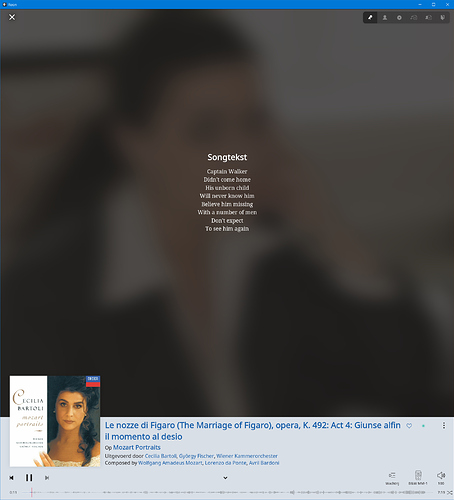 On the ‘Cecila and Bryn’ cd the following tracks also show lyrics about captain Walker: 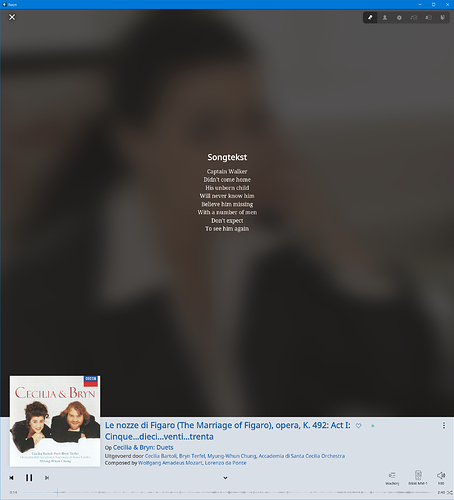 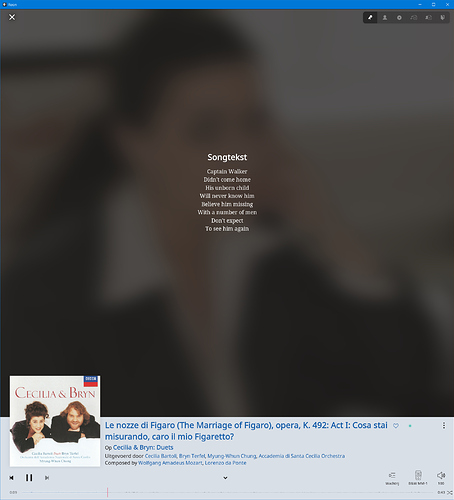 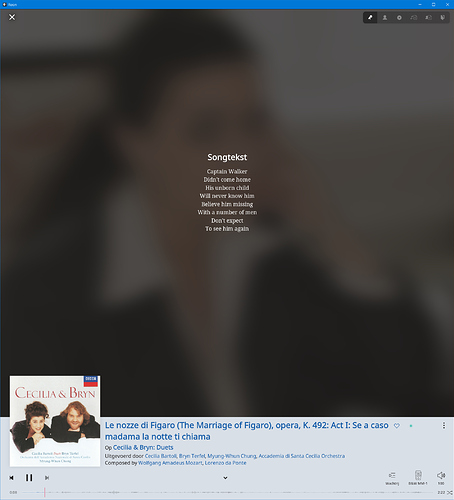 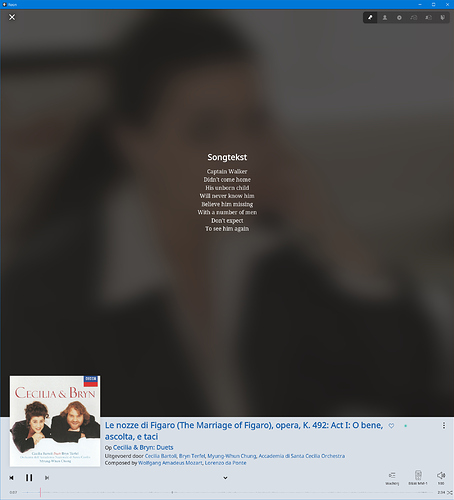 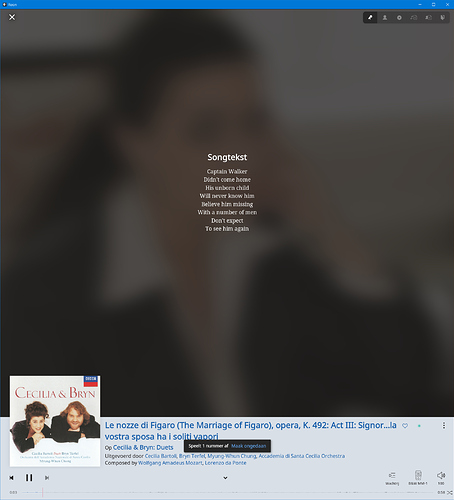 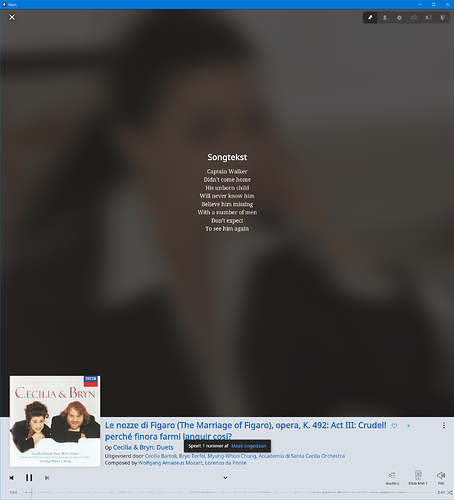