HP Spectre, forced to use the app in fullscreen mode

Running Roon un a HP Spectre and the application tells me that there insufficient screen resolution, this topic has been posted before and the proposed workaround was to change the scale factor in windows, however this is a global setting and not a satisfying solution as all apps become smaller. is there any other solution?

Hey @Philippe_Galowich1 – whats the resolution of the Spectre? Right now, we require 1440 x 900, so if Windows is giving us less than that to work with, you’re going to see the error, unfortunately.

You may have already seen this, but there’s some additional troubleshooting in this thread:

I am currently in a trial period and Roon is looking very good on OS X and Windows10, however there is problem with screen resolution on Windows, quote “Your screen resolution is too small to run roon. Please try to run MAXIMIZED or FULL SCREEN”. The screen is 3200x1800 on a Samsung 13.3" Ativ 9+, so it is anticipated that “too small” really means “out of range”, true? Working with Java development, I have seen similar problems with high dpi resolution beyond 1920dp. There are serious scaling …

I think this might be a problem with aspect ratio. My Lenovo Carbon X1 has the same issue, forcing full screen mode. The resolution of this laptop is: 1920x1080.

Hi, the res is 1920*1080 and the only proposed solution in the thread is changing global scaling settings which is not really acceptable as a solution, as all other apps become unpleasingly small.

Hi, the res is 1920*1080 and the only proposed solution in the thread is changing global scaling settings which is not really acceptable as a solution, as all other apps become unpleasingly small.

“As all other apps become unpleasingly small”. - I’m curious as to what these apps are. In my experience, these are typically very old Windows applications. I’m typing this on a Lenovo laptop which has a hi-res display, and applying scaling works well with all the applications and apps that I use. 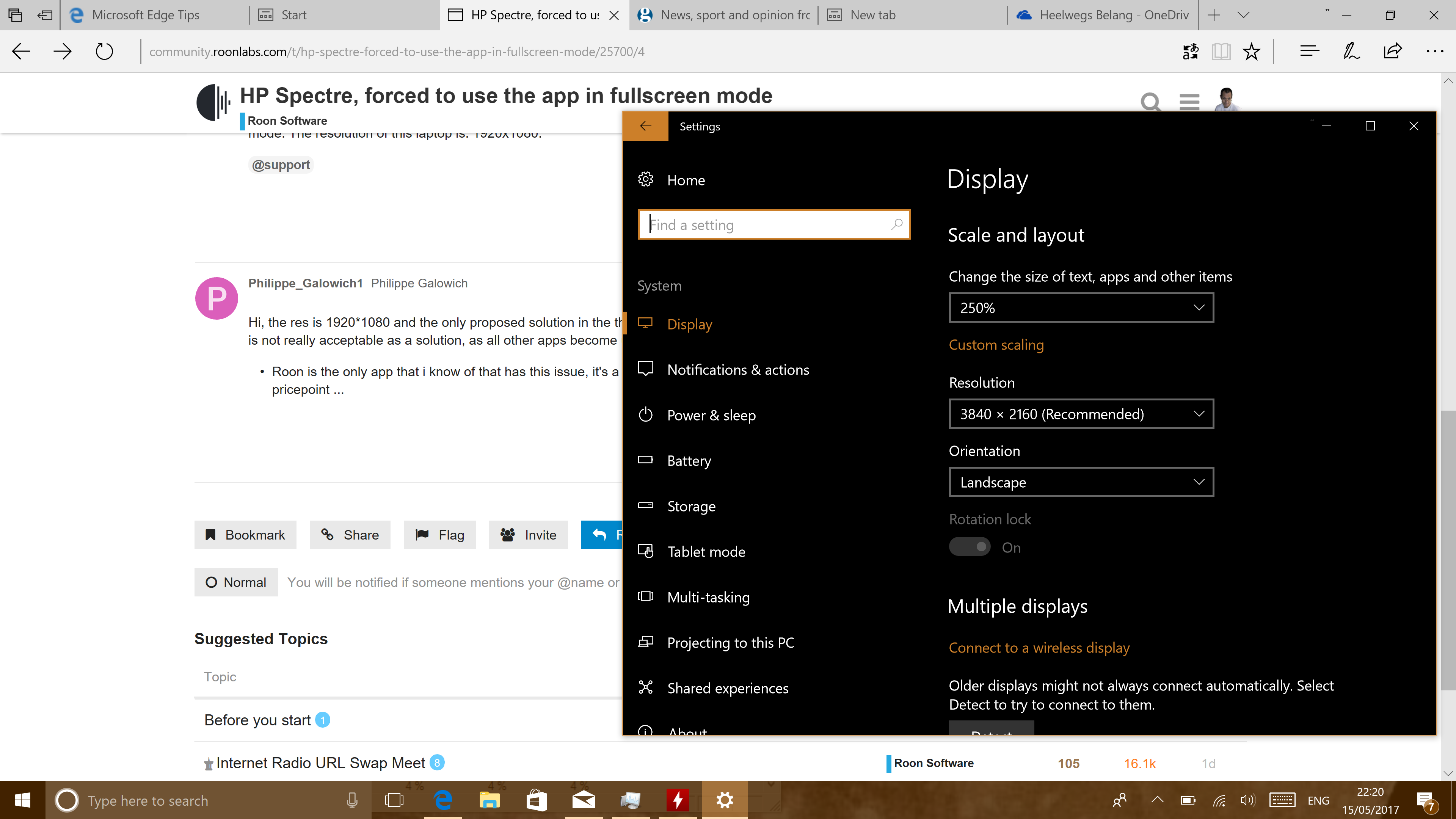 Thank you Geoff the thing is tough that on the spectre at least the buttons and links on most apps become too small to be convenient. Also type and graphics become slightly blurry, so all in all its not really a workable solution. Please also note that 1920px 1080px is the devices max resolution, and no old apps either

Ah, sorry, Philippe - I thought the Spectre was a hi-res device, not just 1920 x 1080. However, I also use a Lenovo ThinkPad 10 tablet, which has a 1920 x 1200 resolution set to 150% scaling, and this works perfectly with Roon and all the applications and apps that I use. Perhaps experimenting with the scaling factor might help?

I tried scaling and I need to go down to 125% (150 being default and recommended value) and it’s not really workable. I just think it’s weird for an app that has this kind of price positionning to come with such basic limitations, especially given the fact that many people will want to run such an app in tablet mode (obvio) … maybe the guys at Roon can figure something out??

150 being default and recommended value

This value is different for every device. For me, my default/recommended value is 100. I did not find where you actually mentioned the model number of the Spectre.

150 being default and recommended value

Also, if your screen is 1920 x 1080 then at 150% scaling your effective screen resolution is really only 1280 x 720. The 720 is too little a vertical screen space for Roon if you include the windows task bar at the bottom or top. I think you might get it to work at 150% if you move the Windows bar to the left or right side of the screen, thus freeing up the full 720 resolution for Roon to use.

Thanks Daniel, yes if I put taskbar into hidden mode it does work but the point is that it seems a bit peculiar that the app wasn’t designed to work around a multitude of screensizes (I mean why does Roon need that height, it’s only lists, easy to scroll). Hiding the taskbar remains a workaround which impacts on the global touchpad experience and across all apps, personally I’d prefer to keep the taskbar on instead of having to flick it up every time … I mean it comes down to a matter to have the possibility to choose.

Spotify and other apps don’t have the type of GUI technology that Roon is designed around. It’s closer to the GUI technology used in a video game. See the comments here:

Well, I actually suggested moving it to one side, not hiding it completely. 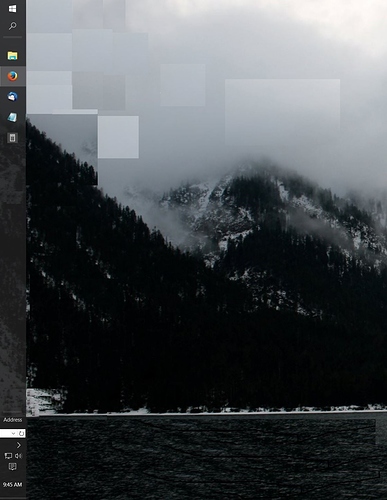 As Geoff said, those programs are not built like Roon graphically so they really cannot be compared