The iFi nano supports native DSD and roon does not seem to detect that, Ideas?

Yeah, I noticed the same thing. Endpoint is an RPi to an iFi iDSD.

Haven’t bothered to report it as I have other fish to fry. Thanks for saying something.

Hm maybe I’m confused but please look at my setup? 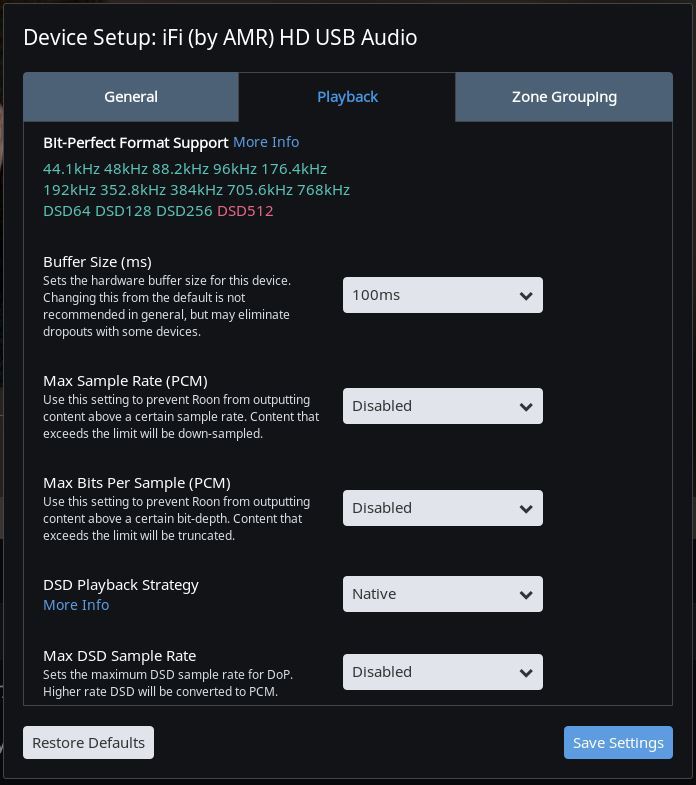 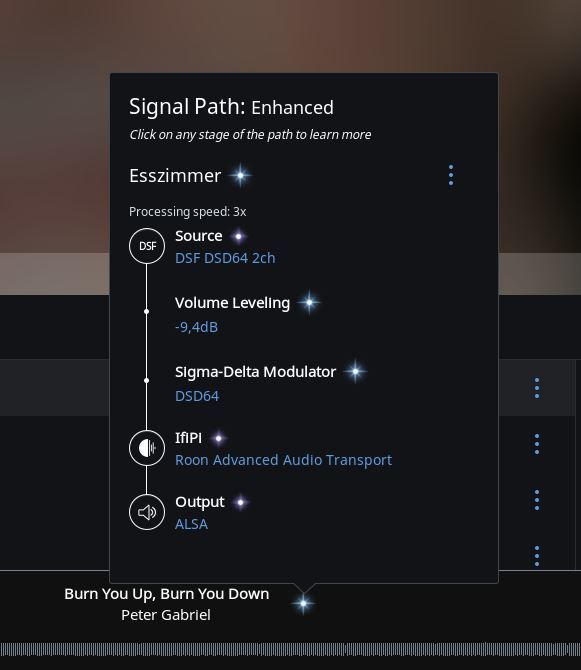 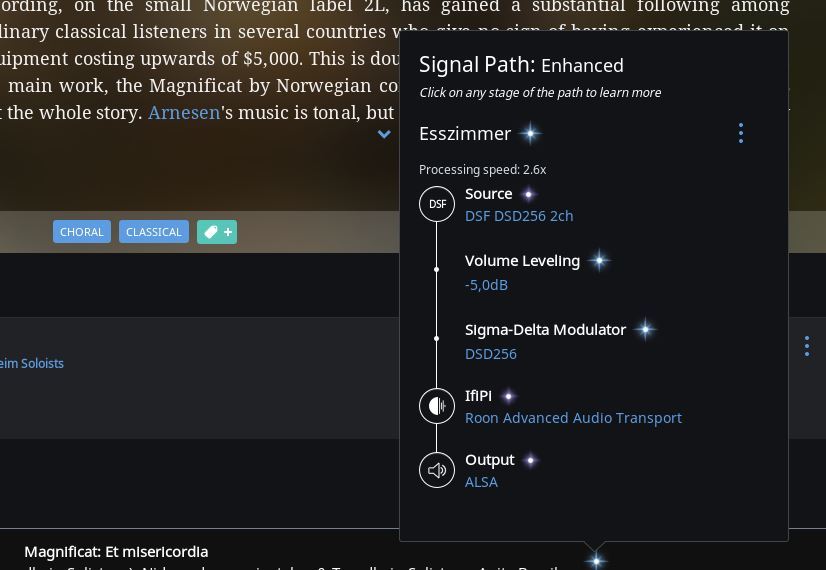 So for me it’s working without a flaw!

@Rene_Petri That seems like a Micro iDSD? I am reporting the nano iDSD.
My Micro works just fine and looks just like your setup.

Sorry you are right!

Reading is a bliss

@support here is a screen shot: 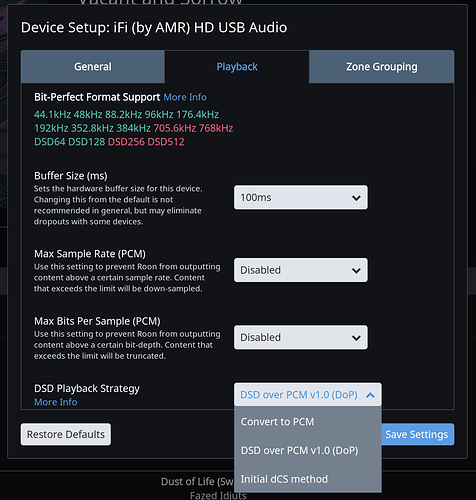 As you can see there is no option for native DSD.

OK, now I’m confused. The presence of a sigma delta modulator means native DSD? if so, then I’m all right. I thought I had seen the legend 'Native" in someone’s screen shot. Is the some doc where all this stage info is more fully explained?

I guess if I have to ask then it doesn’t matter.

Two Micros - an iDAC2 and an iDSD.

Probable doesn’t matter, but they are fed from a Micro iUSB2 and a Nano iUSB3.

Ok than you are fine. The problems seems to be only with the nano iDSD.

Hi Fernando are you using ASIO, ALSA or WASAPI?

If WASAPI, try either of the other two.

And if it’s a Mac endpoint that also may be a reason?

Not an expert - just sharing after going through similar troubles and learnings.

@dabassgoesboomboom ALSA, This is Linux so it wont run on anything else.

Ok. I THINK I’ve only seen the micro iDSD drivers patched in by the Github guys (for native DSD support) 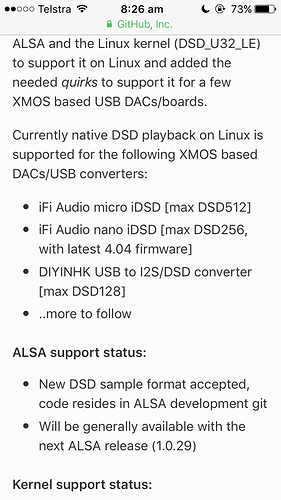 Ok. I THINK I’ve only seen the micro iDSD drivers patched in by the Github guys.

I just saw something very interesting…

XMOS based USB DACs and converters can support native DSD playback using a 32-bit sample format. DACs that support this feature expose it using a Alternate Setting on the USB interface.

On Windows systems this feature can be used with a ASIO 2.1/2.2 driver from the DAC manufacturer.

I have added a new DSD sample format to ALSA and the Linux kernel (DSD_U32_LE) to support it on Linux and added the needed quirks to support it for a few XMOS based USB DACs/boards.

Currently native DSD playback on Linux is supported for the following XMOS based DACs/USB converters:

The support is there but I need the latest firmware.
Ugh…

Yes we searched at the same time.

But hopefully that solves it

Buckle your seatbelt Dorothy, 'cause Kansas is going bye-bye!"

Nope, I actually was over firmware 4.x but updated to 5.02 anyways.
Waiting on support now.

Sorry to hear that