Importing causes one track to appear in another album of the same name. The album with the rest of the tracks contains duplicated track names (indented). Merging the albums fixes the issue for me. Songs tagged by SongKong using the Roon option.

I have been experiencing the exact same issue and merging the two album seems to fix the problem. Doesn’t happen with every album but it does happen fairly often with the latest Roon version 1.8 (build 913)

I can confirm and replicate this behavior. Started happening after the recent update. Here’s an example:
The album is recognized, except one track. Merging fixes it. See below: 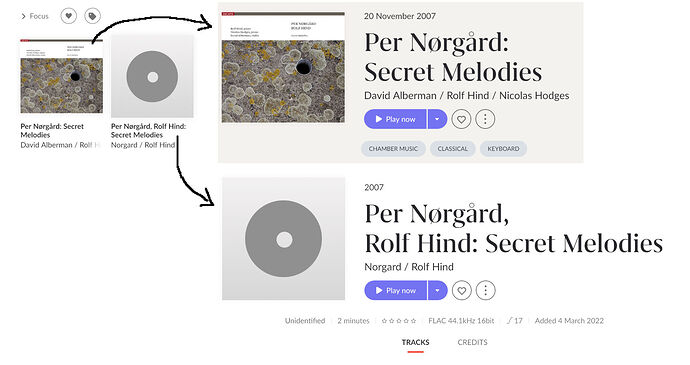 Same here. On 95% of the albums I import. Some tracks appear in another album of the same name and some tracks appear twice or even three times within an album. When initially imported it seems fine, but after a few seconds, probably while analysing, this occurs. Merging fixes the issue, but for me it has to be perfomed at least 3-4 times, while it tells me to optimize disks, etc.

Same issue today.
I bought six albums on BandCamp and 4 of them had to be merged to show as single albums.
They were split over two or three albums.

On a large ripping session today (no judging please) and you can see the results below.
Not as bad as yesterday, but still requiring a additional work that was not there until the latest builds. 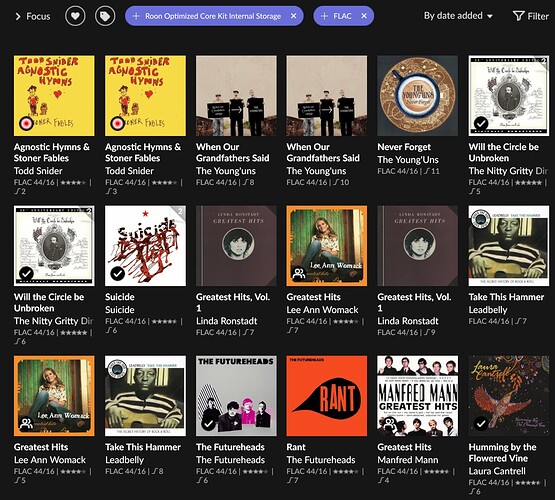 If we pick one album I see the following 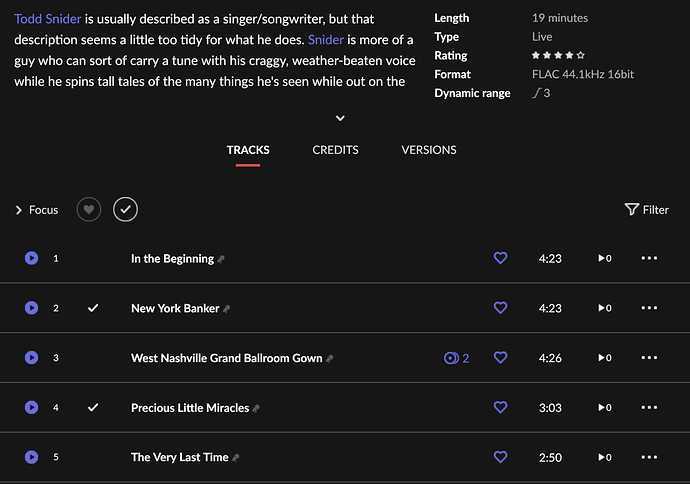 and the second album 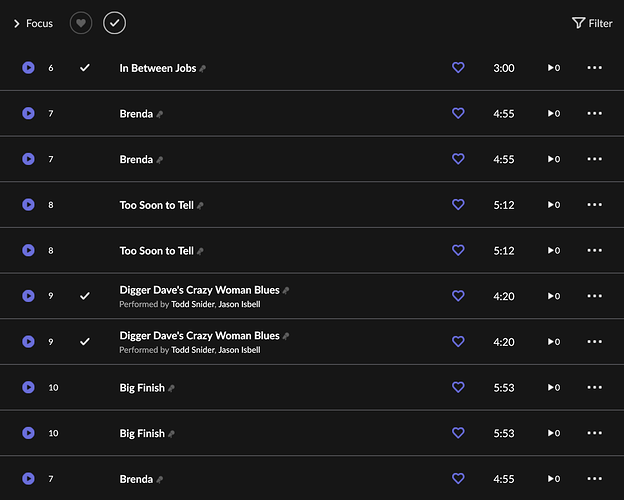 After Merging and warning of duplicate track names (which there are not) all is fine.
Hoping this information helps

I’m trying to add CDs to my library. I tried with 3 different CDs and I always get the same behavour :
1 - Roon adds 2 albums instead of one
2 - First album only contains track 2 and is “not identified”
3 - Second album contains all the other tracks and is identified.
4 - If I ask Roon to rescan the album, I get one unique album but not identified + last track is doubled.
5 - If I ask Roon to rescan once more, I’m back with the 2 albums of step 1.

While the merging albums works 99% of the time and fixes it , this is not what should be happening and did not happen prior to b911 AFAIK.
At least for myself it did not, I have raised this as a bug with Roon support so hopefully it will be resolved in the near future.

Absolutely agree and saying I can live with it short term, but it needs to be fixed.
It’s going to be painful today as I will be ripping CD’s for a good chunk of the day

But if you shut down the Roon client, then import all your CD, then start the Roon client back up they should all import with zero duplicates.
At least it worked that way for myself.

And I have to say in my case it was on win10 machines only, a Linux based Antipodes was no problems.

This last batch of 8 imported perfectly, so it is a strange one

Great idea, but I can’t do that as I am listening to Music on Roon

I am importing 1 or 2 CDs at a time now and that seems to help some, beside when I am being impatient

Yep, that’s how I first got bitten by it, was doing same as yourself.
Using JRiver to rip, using Roon to listen and explorer to drag and drop the rips.
Then when the album I was playing had finished I went to albums to pick something new and saw a right mess😠.

I think your way makes sense, I was deluded as even though they look right in Home View, when you go to album view they look like this.
Oh well back to Merging 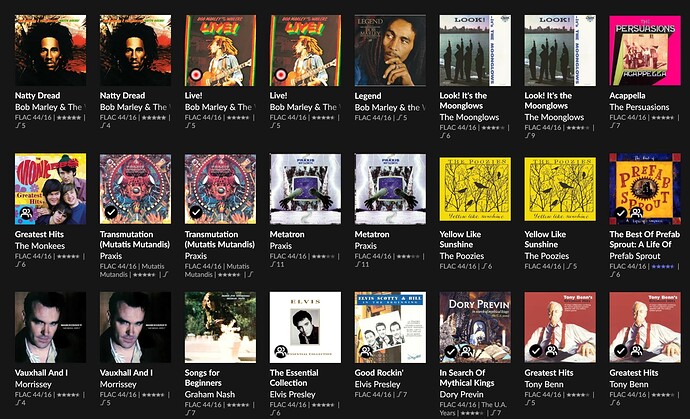 Hi, I think I’m having the same issue…is it that Roon does not respect all files in the same album folder belong to a single album? Is there a way to force Roon to enforce that?

I don’t think Roon used to do this…

This looks to be a bug introduced in the latest build.

No it didn’t, at least my experience prior to b911 it didn’t.

I think it’s a bug to be resolved.