I just wanted to give a shoutout to SongKong. It’s a valuable and powerful software program that can bring order and much added value to your music library

I’ve got a fair number of compilation discs made by a friend, which I ripped to my music server. Of the hundreds of music tracks, none have metadata. No title, album, performer info. In many cases a single album shows in Roon as being composed of 20+ discs, all with a single track, and all tracks with the same track #. Fortunately Roon is able to resolve most of these issues and reorganizes the discs into a single album and re-numbers the tracks. What it can’t do is find and write the metadata, so the tracks remain unknown.

Recently I’ve been using a program called SongKong. It’s a slick and easy to use program that listens to your songs using Acoustid, and finds matches, even when they have no information. It also utilizes MusicBrainz & Discogs databases, ensuring more accurate results. While I’ve only used it’s most basic features, SongKong is incredibly flexible & powerful. It’s like employing a bank of copy editors to research, enter and cross-check the metadata of your music files. I’ve had tracks that I thought had the right title, only to run them thru SongKong and discover they were misidentified. SongKong replaced the faulty data with the corrected data. If for any reason you’re unhappy with the results, they can be undone with the push of a button. Couldn’t be easier.

I think if somehow SongKong could be incorporated into Roon, this could provide an enormous benefit to Roon users. While Roon does a great job of organizing our music libraries, it’s unable to identify and write missing metadata. How valuable would that be? In the meantime, I’d urge you to check out the free trial version of SongKong and give it a go. If you’re like me, you’ll wind up buying the full version. It’s a screaming bargain.

I have recently taken out a license for SongKong. It is early days yet but it has managed to get Roon to identify many stubborn unidentifiable CDs. It has also managed to unidentify many CDs that Roon had identified! I am still ahead, but I would urge caution in using it on your entire collection. In particular, it has broken up a few previously identified box sets into their component unidentified releases. YMMV.

Tony, not familiar with how SongKong works. Does one “set it loose” on a library and it fixes whatever it deems proper?

[This is not as nasty a question as it reads the first time. I just want to fully understand.]

Well, you can try it, there is a free lite version. I just tried 5 minutes and it seems to do the job. However, I would have expected better quality artwork but I tried on 1,200 Micrograms and I don’t think this is very popular.

So overall it will depend on your library and whether you have OCD…or not.

The majority of my music library are SACD multichannel rips, DVDA rips, hi-res downloads, deluxe editions, box sets, and remasters. In some cases, I have multiple releases of the same album. How effective will SongKong be at identifying exactly which version of an album I have? Is there anything I can do to make sure SongKong is identifying the right release?

yes you do ‘set it loose’ but on a folder (and all sub-folders within) or selected group of folders. So it is easy to target specific folders with no need to set it off at the top level. If you download it, without a license it just runs in trial mode and will not make any changes to your library.
You can also undo any changes it makes supposedly, but I haven’t tested that feature.

Been using for 2 years now, it does work well, certainly a tool for the armoury

If it has issues it can scramble tracks , especially if you’re Album is not in MusicBrainz or Discogs so SK fails to I’d it

On the good side it will Id many obscure albums

If you extract pseudo albums from box sets which were never released as actual albums you may get issues. I normally copy the folder somewhere safe and correct and check the put back

It does classical according to MusicBrainz config which doesn’t match Rovi, AllMusic but Roon. Normally manages

There was talk of a Roon version at one point

@paultaylor the developer, is a regular contributor to this forum

In particular, it has broken up a few previously identified box sets into their component unidentified releases

Hi, you make a fair point about box sets. Because large box sets are difficult to actually add to the MusicBrainz & Discogs websites there is a bias towards getting the original album if a folder matches an album as well as a box set. And sometimes depending on how the files are organized it is difficult to work out of the customer has a box set representing a set of albums or just the set of albums. So this is one area of SongKong that I would like to improve, but remember you can always undo a match on a particular folder if you are not happy with it.

It does classical according to MusicBrainz config which doesn’t match Rovi, AllMusic but Roon. Normally manages

Thats not quite right, although it uses MusicBrainz it can distinguish classical from non-classical builds some data on top of that so that it has more sensible values for items such as Track Artist. 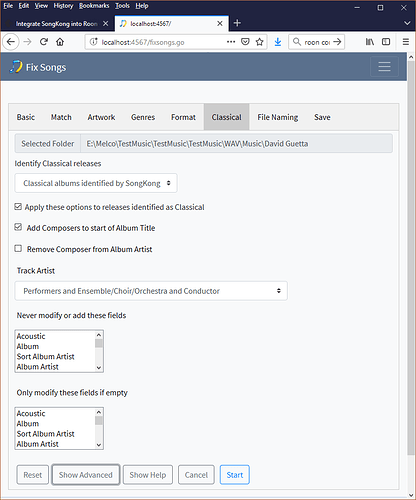 There was talk of a Roon version at one point

So i did some initial testing of results achieved using SongKong before running Roon compared to just running Roon and got some major improvements in identification rates. But I wanted to do some more substantial testing and add some specific SongKong support for a few of Roons non-standard metadata fields. Unfortunately integration work I have been doing with Melco has delayed me getting this done, but it is high priority.

Thanks for the correction

That said my 5000 albums have 30 or so unidentifiable, thanks in part to SongKong it certainly takes a lot of slog out of it

I always sing your praises

Thanks for the tip. Trying the Lite version for mac. If it works to my liking, will get the full version.

I neglected to mention in my original post that the developer, Paul Taylor, is a terrific guy and is always quick to respond and eager to help those needing guidance or help with the program. This combination of being able to undo changes to files and Paul’s back-up makes using SongKong a joy and stress-free.

I will play devil’s advocate briefly. The user base has become accustomed to using one of several taggers, and may not like the idea of having a particular tagger, no matter how good, imposed on them. Plus, integrating a tagger would create demands on Roon resources, which appear to be already stretched.

SongKong is a mere click away, as is Yate, Mp3tag, etc. You can have the tagger and Roon operate simultaneously. Doesn’t get much handier than that.

Of course, I could be wrong.

SongKong will only match to an album if all your songs match corresponding track, so variations in track length, audio ecetera would affect what version was matched e.g remasters and special versions, also we can detect 24bit files. I would suggest the best thing to do is just try it out in preview mode.

But in the context of Roon Songkong has these main uses

SongKong is a mere click away, as is Yate, Mp3tag, etc. You can have the tagger and Roon operate simultaneously. Doesn’t get much handier than that.

As the developer of SongKong I tend to agree with your John. From my biased pov I think SongKong works well as step before Roon import but never occurred it to be part of Roon, however would be nice if there was any type of link up…

Just purchased the program, and like it thus far. Maybe a quick guide for users…then again, maybe I missed it…

SongKong will only match to an album if all your songs match corresponding track,

So what happens, say, when I try to match SACD or DVDA with both stereo and multichannel versions of each track, but I only have the multichannel tracks ripped to my library? Will it not be able to match the album?

Similarly, what if I have a deluxe edition box set, but only some of the disks from that set ripped to my library?

there is a well hidden brief tutorial here. Each part contains a link to the next part. 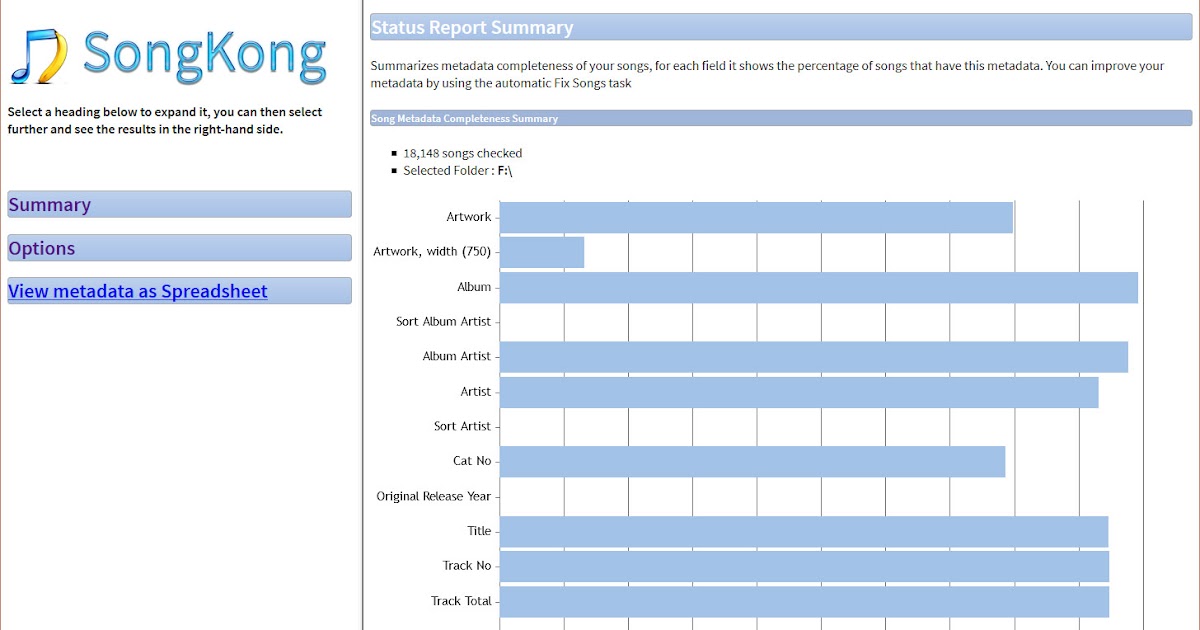 Blog of Jthink an Indie Software Company, has two music tag editors, Jaikoz and SongKong Music Tagger, both use MusicBrainz and Discogs database.