hi,
why you havent try https://kb.roonlabs.com/Roon_Optimized_Core_Kit instead of Windows?

I didn’t try ROCK because I already had a Roon Core/Server running on a separate machine in a different room, so I was just looking for a simple endpoint that could run Roon Bridge and play multi-channel. The recommended NUC HW for ROCK starts at about $500, which seems like overkill for Roon Bridge so I wanted to explore cheaper options. I initially planned to use a Raspberry Pi (since there are instructions on this forum) until I discovered it didn’t support multichannel

I assume some of these cheap PCs could be converted to use Linux, but I’m not that tech savvy (plus I didn’t know which versions of Linux support multichannel) so a PC with Windows pre-installed seemed like the right choice for me.

Now that Roon has started making their own HW with the Nucleus, I’m kind of hoping that will eventually expand to endpoints as well so people like us don’t have to try to figure this out on their own

So it would be nice if you Roon guys can advice your customers about hw + os for multichannel endpoint…selling software with mch support and making zero knowledge about endpoint to playback it… Makes zero sense.

Have you seen the KB article on Multichannel?

yes,
but there is nothing mentioned about specific HW and OS setup or suggestions of HW/SW to playback MCH ideally on some low-power/cost pc.

Just wondering if the hdmi out from your atom pc gives visual of what’s playing over roon. Also, how did you get roon bridge to auto boot. Thanks in advance.
Rick

Unfortunately, Roon Bridge does not have a “Now Playing” visual to my knowledge. I haven’t really investigated this topic before because I normally have the TV off when I listen to Roon and just use a tablet/phone/etc. to see what’s playing. However, I think I found a work-around for you if you need it: 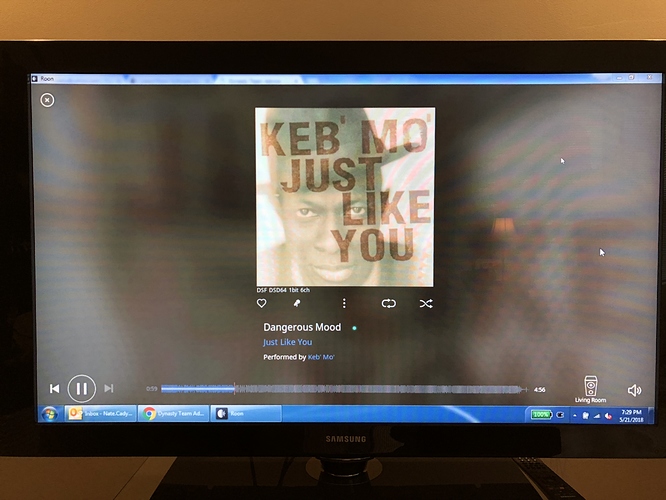 Roon Bridge Audio Path
Note: I tested using 5.1 DSD since I couldn’t monitor the mini PC performance directly while screen mirroring and this is the most resource demanding scenario I found (for my music collection) during previous testing. I didn’t experience any hiccups while playing DSD64 5.1 and mirroring at the same time so it seems an Atom-based PC can handle both tasks simultaneously. (FYI, the reason my signal path is not bit perfect is because my processor does not handle DSD natively and requires a conversion to PCM.) 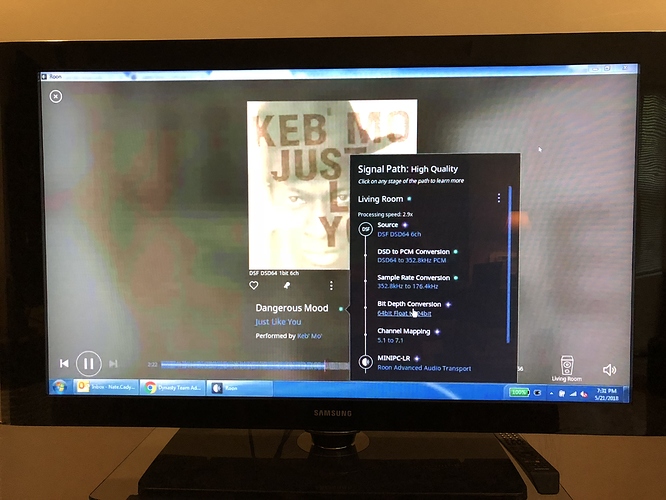 I’ll answer your 2nd question in my next post.

I’m not sure if you want to know how to auto boot a PC or Roon Bridge so I’ll cover both.

Thank you very much. You have been a great help.

@nate_c Can you comment on whether this box would work for a multichannel Roon endpoint into an Anthem AV receiver? Like you originally, I am trying to find the least expensive, small fanless device that can take ethernet input streamed from Roon Core and act as a Roon endpoint for sending multichannel audio to my surround system. 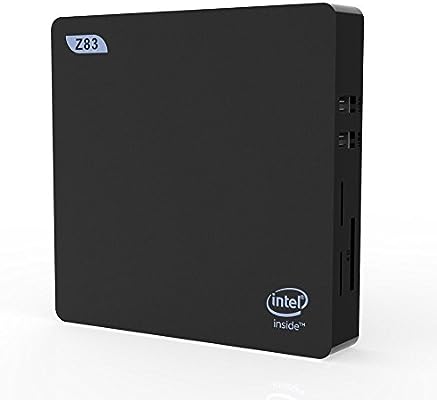 Give it a try. Since it has Windows 10, it might work. Depends on what the HDMI output supports. Most will do 1.3 or better standard and that should cover HDMI. It’s inexpensive, anyway! JCR

I agree with Jeffrey. The 32 GB of storage might make Windows updates more difficult, but I don’t see why it couldn’t work as a Roon endpoint. You would just need to install RoonBridge since it has Windows 10 and then connect a HDMI cable to your Anthem receiver.

Thanks to you both @nate_c. After doing more research there seems to be some thinking that Roon Rock running as a bridge would work perfectly well on these lower spec’d mini pcs. I REALLY would prefer to not run Windows for this one use case. The other option appears to just install Ubuntu Server and then run the Roon Bridge install script. Again, this config can run on lower spec hardware than Roon Rock. Either of these options is more appealing than a Windows 10 install with all that baggage and update hell. I was just hoping that someone who had actually done what I am trying to do would have posted. But this is the closest I’ve found. Any comments?

At the time I was researching endpoints, it seemed there were some concerns about multi-channel audio via Linux. I could never find out anything definitive other than multi-channel didn’t work with the Raspberry Pi’s version of Linux. Hopefully somebody more knowledgeable on this topic than me can chime in and help answer this question.

Well Roon Rock is linux and my understanding is that you if you can run Rock on your hardware, you get multi-channel as part of the deal since Rock can act as a Roon Bridge using the HDMI for MC. However, the claim of some is that Rock is nothing special on the OS front, and that just installing Ubuntu with a separate install of Bridge gives you same benefits of MC but on an OS that is supported on lower spec’d hardware. I’m close to just picking up a NUC with a Celeron processor and giving it a go. I can get the NUC + 4gb of RAM + a small SSD for about $180. That’s about as cheap as I can find for getting something Roon can talk to for MC output.

Yep, Rock will work. I just didn’t go that route because a full-scale NUC seemed like overkill (in both performance and cost) for an endpoint. That’s why I ended up with a Windows-based mini-PC. (I got a 64 GB model to help with upgrade headaches.) I will be very interested to learn if you can find a cheaper option for a multi-channel Linux endpoint than a NUC.

If you don’t mind, what did you pay for your mini-pc running Windows? I found a Celeron NUC for $117. Add 4gb of RAM for another $30. And a 32gb 2.5 inch SSD for another $19. NUC has everything else including gbit ethernet and HDMI 2.0 output. I think I stand a better shot of gettin ROCK to just work on any NUC vs other hardware. But Ubuntu install should be good fallback with the Roon Bridge install. I wish the raspPI HDMI could do the trick but apparently not.

All I can say about Linux is that DietPi for rpi3 is based on Linux and the creator of DietPi has said that the Linux kernal does not support multichannel. But give it a try and report back! JCR