Is Tidal in trouble?

Spotted this on the What Hi-Fi site today…

According to a report by Norwegian site Dagens Nærringsliv, Tidal – the rapper-fronted, CD-quality and, lest we forget, Award-winning music streaming service – may only have six more months left. It lost the equivalent of around $44m in 2016.

The report says the service is living on large loans from the owners’ holding company.

However, a spokesperson told Engadget the business has grown each year, with the company claiming it will achieve profitibalility in mid-2018.

Needless to say, such a cash issue could spell bad news for its subscribers and the MQA audio technology behind its hi-res Masters streams. It would also leave just Qobuz and Deezer as advocates of “audiophile” streaming.

Fingers crossed the streaming service can turn the tide, then.

Yeah looks like Tidal is doomed, can’t keep up with the big boys. I subscribe to Tidal HIFI and Apple Music (for on the go listening). To be clear, I subscribe to Roon in large part because it’s integration with Tidal. If Tidal dies, my Roon subscription will probably get cancelled. 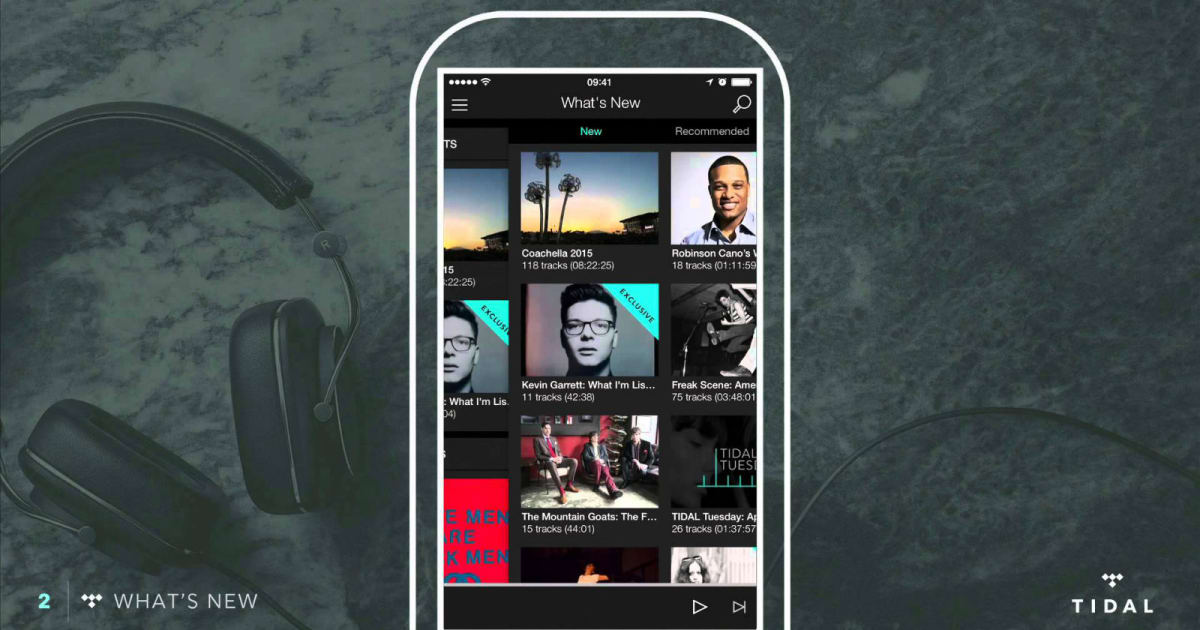 Tidal may only have enough cash left to last six months

Yes, unfortunately I think it is only a matter of time.

Most folks plump for the convenience of the big gun services like Spotify and Apple Music which integrate themselves everywhere.

I think more specialist services like Tidal and Qobuz have their days numbered.

I would be gutted if Tidal went as that would mean Roon would loose customers. The more customers Roon has the better this software will get.

Then again they are due to go into profit next year they may be able to stick around.

No, all of this is based on the one story in Dagens Næringsliv.

We’ll just have to see what happens. Remember when Qobuz was doomed?

Not good news. I wonder if Roon has a plan B in case they shut this down. Tidal won’t stay open long losing money like that.

If that happens, MQA might aswell not exist, as I’m unaware of anyone else hosting MQA as a streaming service.

Let’s hope we can add this new article to the others that prematurely predicted Tidal’s demise:

Article about Tidal politicking and the odds of survival TIDAL

An article at The Atlantic about Tidal. It focuses on pop releases, intra-industry politicking, and the odds of survival. @Danny, I know it is hard, but you guys have to find a way to connect to another service, adding your own metadata. Tidal integration in Roon is too critical to the music discovery experience and Tidal’s survival is too unlikely to let me sleep well.

Has anyone else seen this story of deceptive reporting of subscriber numbers by TIDAL? I’ve seen the report elsewhere (of course, I can’t recall where). Some good news around for a change, please?

All of this only makes it even more clear; Build your own library!
Personally, I really wouldn’t suffer much if Tidal went tits up, not even in Roon context.

I honestly fail to see how anyone could not see Roon’s value proposition as distinct from Tidal. Put on your big boy pants and go buy some music.

Just because it has been predicted for awhile doesn’t mean its not going to happen. Unless Jay Z and other owners step in with their own money, which they have shown no inclination in doing, they have run out of investors and loans. They have tried to sell it multiple times but with no profits in sight for streaming they have probably run out their time.
Spotify has yet to make a profit and won’t anytime soon and same with the other streaming services.
Apple can afford to not make money and just offer it as a service for people who buy their devices.
I have a lot of music in iTunes and also use Apple Music plus I pay for Pandora and Tidal.
I basically only use Tidal with Roon but could use Flac and my iTunes music but of course not Apple Music. I use Roon with my Kef LS50w speakers and also stereo paired Sonos Ones. Losing Tidal would suck but I’d stick with Roon. I also like MQA a lot.
I can’t imagine Roon, being smart cookies, hasn’t known this could happen and has been considering a Plan B or C,

Not everyone is you. I can see why it would be a major issue for some Roon users.

Yip, they could just as well be using tidal’s app. Personally I’d like to see all streaming services that don’t incorporate a “purchase the album” requirement fail. They’re just another means of stealing from artists.

Tidal may only have enough cash left to last six months

I hope Roon is looking at this, not good news
I am enjoying this product and it’s integration so much. Gonna be horrible if they shut down.

Well, they bet on the wrong horse…

I like the combination of iTunes and Apple Music for this reason. I have years of purchased iTunes music, can try out music by streaming then buy it from iTunes so I own it. Plus I can have streamed music and owned music in the same interface,
I still think Pandora has the best radio stations and its cheap so pay the 4 bucks plus a month.
I like hires Tidal and MQA and as a veteran pya $11.95 for Tidal anyway so why not. Tidal via Roon direct to my Kefs is awesome.

I’m not saying that Dagens Nærringsliv is wrong because even a broken clock is right twice a day… but the press is not known for being knowledgeable, nor is it known for being wise, when it comes to business growth/operations/risk.

This reminds me of the current shitstorm in the press around Tesla losing tons of money every quarter… clearly the people writing here have never managed such large companies.

I’m not saying I have great faith in Tidal, though as a lifetime Roon subscriber I definitely want it to succeed. But at some point there needs to be more information backing up these fatalistic claims.

EDIT: I basically agree with Danny.

Read the articles. There is plenty of information out there.
It’s not from one person, not by a long shot.
https://www.google.com/search?client=safari&rls=en&q=tidal+financials&spell=1&sa=X&ved=0ahUKEwiR1ZPwxIfYAhUVz2MKHfNWDnUQBQgmKAA&biw=1110&bih=996