Not the best way to engage people?

I’m not sure what you’re trying to achieve here, but this doesn’t help. One bit.

Care to elaborate on the issues your experiencing?

I’m completely aware of that, thing is Roon isn’t exactly free, i’m not expecting there won’t be any minor glitches now and then, but common! I’m really dissapointed to be honest.

But again: can you describe your problems?

No i’m realy not in the mood explaining details, its not me it’s Roon, (unbelieveable working now!?) okay ignore my frustration then.

If you want to see the product improve it’d be prudent to describe the issues you’re having / were having.

Is there a screen displaying a message during this time? Does it by any chance look something like this?: 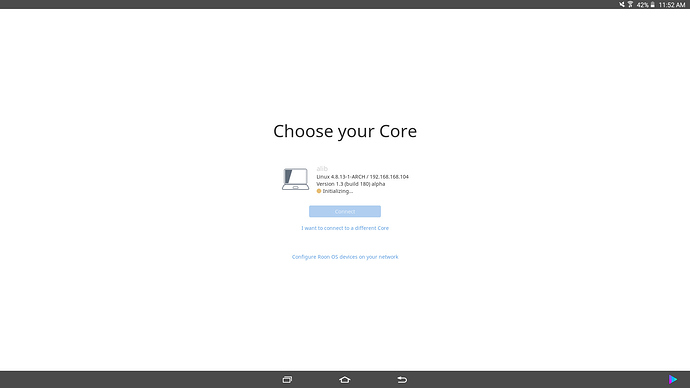 Usually it says Lost Connection; Trying to reconnect… I still find the RoonRemote to be problematic at best, i’m really frustrated at the moment, can it ever be resolved i wonder?

If it’s constantly losing connection, what’s the quality of your wifi signal?

Sometimes it connects immediatley, then after some time it loses connection never to reconnect again, erratic is really the best word i can come up with. Wifi looks perfectly fine to me.

Thanks for the tip, at first glance it looked good enough, but further analysis suggests a better more stable WiFi channel. I’m happy again, at least i now know the root cause of the remote problems. Sorry for my behaviour earlier, it was not Roon it was me.

Thanks for posting the resolution.

Back again, it’s still verry much hit and miss, tried different WiFi channels, without any change. I don’t understand.

I would really appreciate somekind of feedback, it’s mostly not working for me now.

Put atsupport where at= @ in your message

Put the message where?