Just ordered a pi2aes to see what the fuss is about. Not sure what it will bring to the RME as not really heard any difference between usb and HifiBerry Digi will sell it on if it does nothing.

Simon been tempted myself, but I already have two unused HifiBerry boxes from previous trial’s/fun tests. They worked really well, so trying to stop myself just buying more for the sake of it

Be great to have your feedback though

I purchased this item in december. Worked fine out of the box but definitely improved after couple weeks.
Better intelligibilty + better extension. Just better organised. No other system changes and stock ps for both pi and hat.
Using pi 4 + hat aes out to audio alchemy ddp1.

I finally bit the bullet as well. 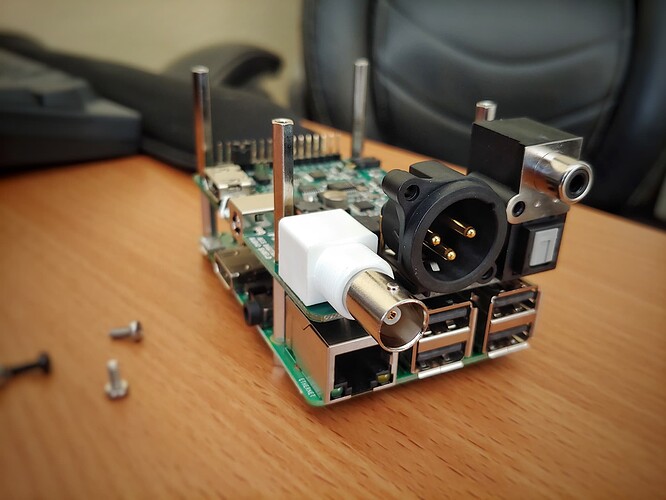 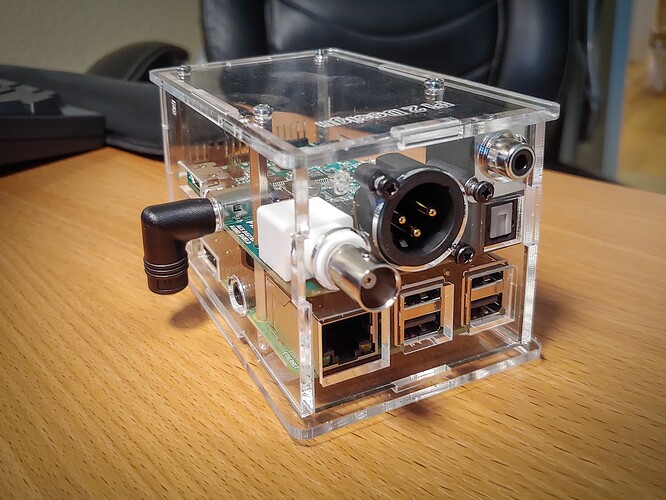 I also have the iFi ZEN Stream, Allo USBridge/DigiOne Signature Player, and VitOS for RPi4. I may attempt some listening comparisons. I’ll primarily use the PI2AES with a Gustard X16 DAC.

It seems that PI2AES uses the same Linux driver as the HiFiBerry Digi+ Pro. That’s handy, as it means that I may be able to use an DietPi image rather than futzing around with moOde Audio Player. 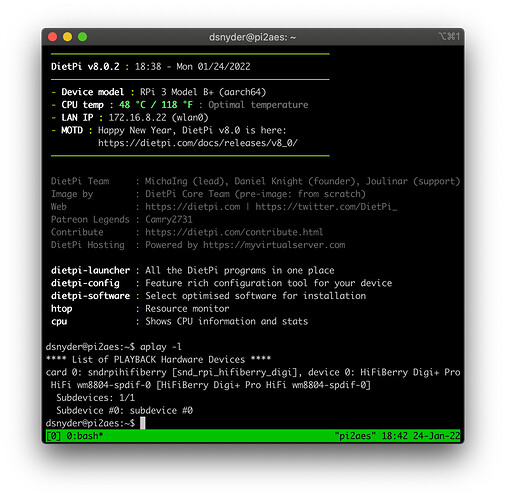 Configuration in Roon for the S/PDIF outputs looks straightforward, but I’m not sure if this driver will work with I2S.I assume not. Documentation on how to get the most out of the I2S output is not as easy to find as I’d like.

Edit: I’m smoke-testing via COAX S/PDIF output to my Khadas Tone2 Pro DAC. Sounds great so far. My daily driver with this DAC is the iFi ZEN Stream, so switching between the two should be as simple as moving the S/PDIF cable. 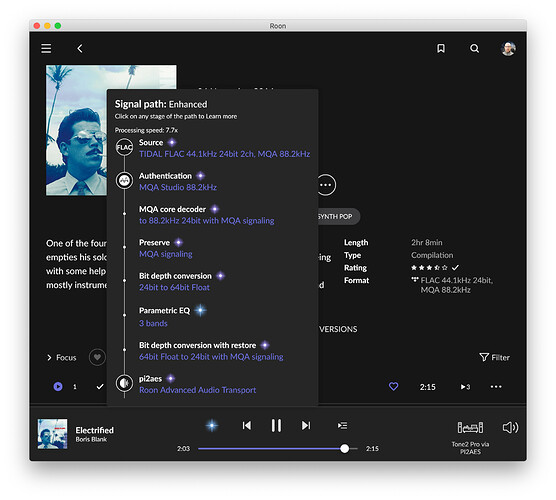 In my experience the Pi2aes has better decay and decay tails via single ended aes vs USB straight from the Pi4.

I used my RME ADI dac fs to compare sources.

Not a massive difference, but it’s there if your system is transparent enough.

I would highly recommend you also use a decent linear supply.

Moving from the meanwell standard SMPS supply, to an ifi power x, then a quality linear supply made a difference IMO.

I ended with a high quality Australian Gieseler linear supply.

The new homepage of Gieseler Audio, selling boutique audio equipment, made in Australia.

I also performed a bypass on the boards internal voltage switcher. This allows direct 5vdc to power the board and RPI4. 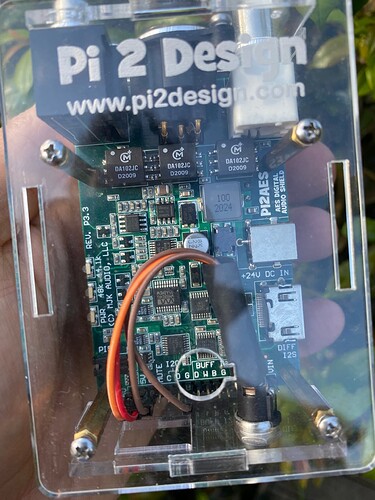 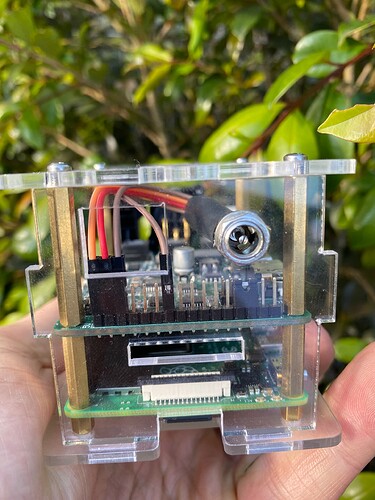 I doubled up voltage and Gnd wires to reduce voltage drop using the thin hookup wires.

I no longer play with stereo sources as I run convolution and a Motu mk5 lite front end for an active speaker setup. But, IMO you would need to spend $2500-3000 aud to get a better source, once paired with a decent LPS.

I2S is always on with the other outputs. Nothing extra needed to be done.

I2S is always on with the other outputs.

Thanks for confirming. Mainly, I was hoping that there was a way to configure I2S capabilities beyond the limitations of S/PDIF. For example: PCM sampling rates greater than 24-bits, 192 kHz and DSD (native or via DoP).

I’ve since learned that PI2AES does not support DSD at all, and I2S has the same word size and sampling rate limitations as the S/PDIF outputs. In fairness to P2AES, the product description and documentation never claimed otherwise. That I2S would have greater capabilities was an incorrect assumption on my part.

None of this is terribly consequential as 99%+ of my library fits within these constraints, and Roon transparently handles sample rate and format conversions for the remaining 1%. I’d rather have a product that makes all of my music sound terrific than one that supports all formats but sacrifices sound quality.

The limitation is due to the pi I2S port itself. But if it ever did go beyond we would have to design a new board around whatever the new limits were.

PCM 24bit 192k is perfectly adequate for me.

I find the whole DSD thing pointless and a little confusing.

Most people are upsampling PCM to DSD, which is a total waste of time IME.

My experience was a loss of leading edge and dynamics using Roon to upsample, and that was using a DSD dac - RME ADI 2 dac fs.

Additionally, I’m yet to find any music I would listen to that’s available in native DSD period.

Chasing numbers is totally over rated.

Additionally, I’m yet to find any music I would listen to that’s available in native DSD period.

I agree. I own a few dozen SACDs that I’ve ripped to DSF files so that I can play them in Roon. While it would be nice to be able to play them without another conversion, reality is that most of them were probably from PCM sources. Besides those, I have very little DSD content in my library…perhaps a couple of purchases from NativeDSD and others.

I do have a license for AuI ConverteR 48x44, which I understand does a nice job of off-line conversion from DSD to PCM. At least, I hope it does since it takes hours to run. LOL. I could batch up all of my SACD rips and convert them to 24-bit, 176.4 kHz PCM and probably be perfectly happy…and possibly a tiny bit better off than having Roon do the conversion on-the-fly. At least it save a few CPU cycles on Core.

Have you compared it to the zen stream?dosent the zen actually measure better

The only measurements I’ve seen of both are on GoldenSound: 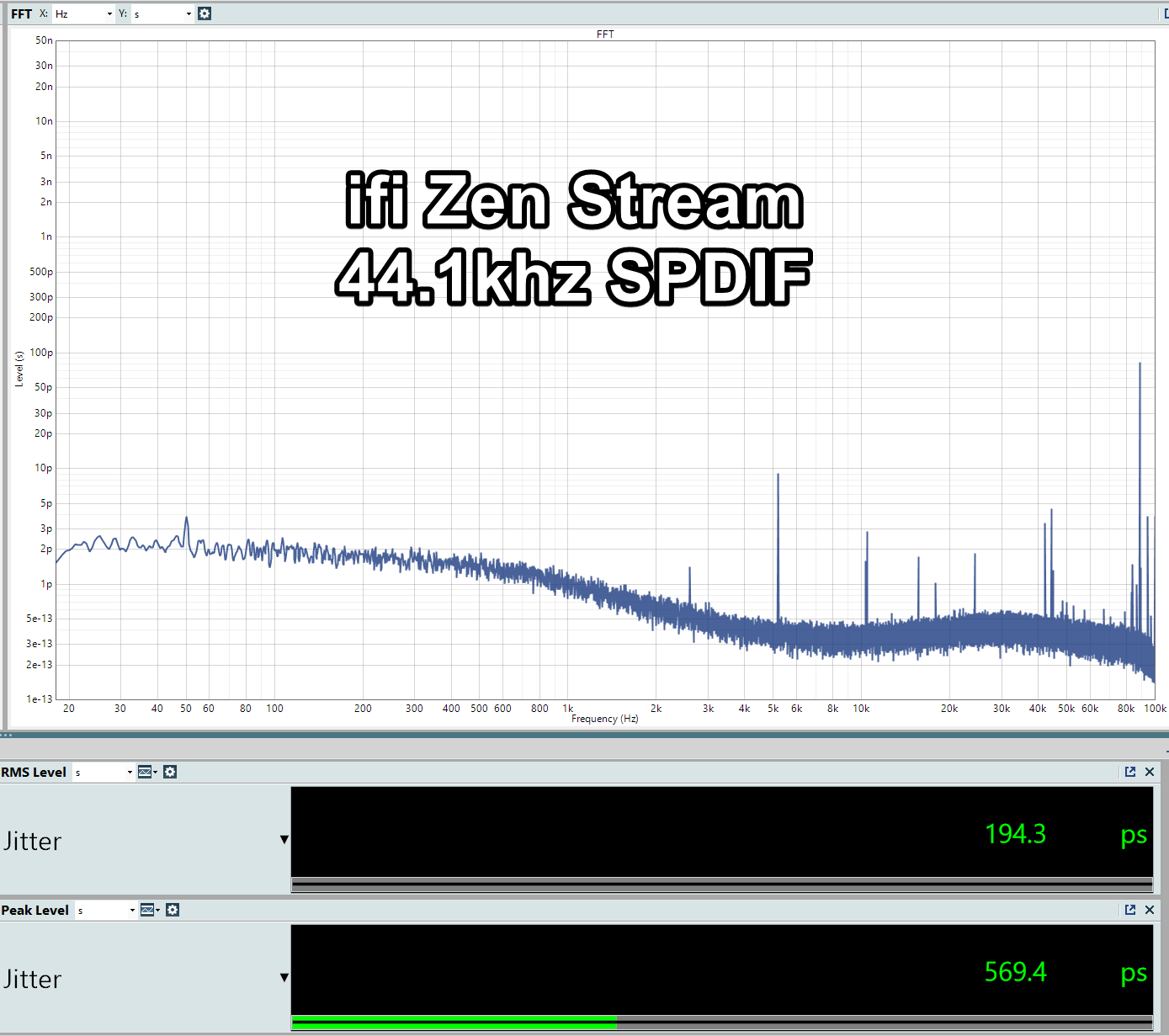 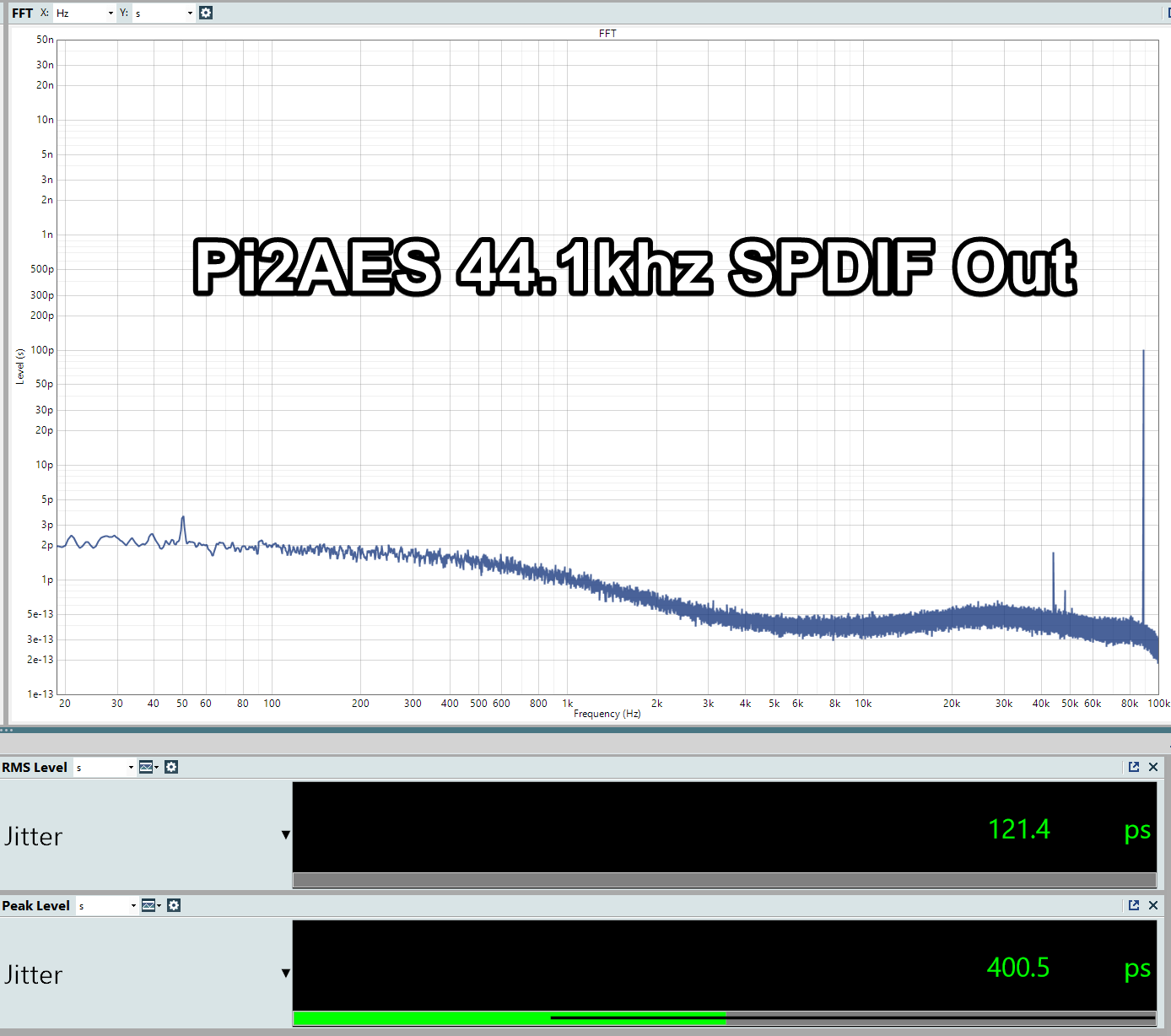 I’ve been having too much fun listening to power-up the ZEN Stream, but imagine I’ll get to that this weekend. I’ll post my impressions once I do. I’m probably still in the honeymoon phase with this new piece of gear. I swear I’m hearing stuff in familiar tracks that I’ve missed in previous listens, but that’s probably because, subconsciously, I’m paying more attention now. If the effect lasts, this thing is a winner!

I have to say, I didn’t have a spare short XLR sitting around handy, so when I moved my main rig I just ran P2AES into Yggdrasil via BNC for a few weeks. Just replaced to run via AES, and sure am glad I did. Really lovely detail. Thanks thread!

The pi is super clean,a bit better than the zen stream although pretty sure you couldn’t hear it

Well the 10p spike is quite high on the Zen. I suspect differences might be audible depending on DAC you are using.

If measurements are the tell all, the Allo signature one actually has slightly lower jitter.

I’m set up today to do some listening comparisons… 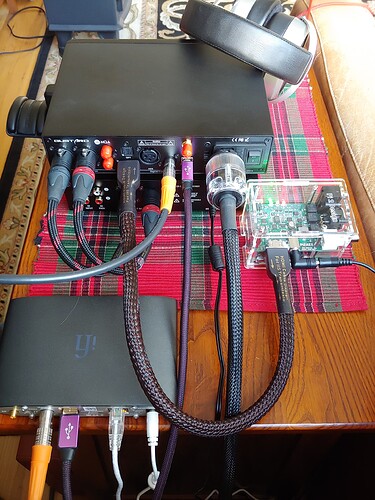 So far, everything sounds great.

David- are you running the Pi2AES over USB? Isn’t the “point” of it to run via AES or BNC? I think the AES is on the main Pi board and hence on the same “dirty” main power supply.

Sorry if I’m not reading your cables correctly and/or this isn’t meant to illustrate what you’re testing:)

FWIW, I run my Pi2AES over AES to my Yggdrasil (which has a lovely USB “Unison” implementation) because I slightly prefer it that way. If I was running over USB I’d just use one of my Flirc Ropieeen.

David- are you running the Pi2AES over USB? Isn’t the “point” of it to run via AES or BNC?

No. The PI2AES doesn’t even have a USB output (ignoring the USB ports on the RPi it’s mated with).

In the photo (and as I type this), the Gustard X16 DAC is connected to the PI2AES via that massive Gustard I²S cable.

I’d like to try AES/EBU, but I can’t be bothered to buy a suitable 110Ω cable. Glad to know that it’s working for you, though.

Ah. Silly me. Never tried that. So many outputs

Yes. I guess it has everything but USB.