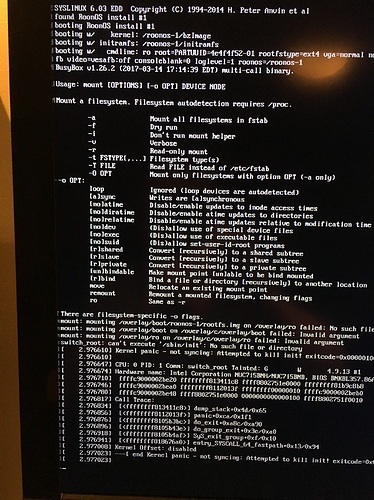 Adding @support gets this directed to the right people.

What SSD did your purchase? Upgrade the SSD firmware.

You may try putting the SSD into another PC, see if it can perform format/write/read normally. Also run a SMART HDD check using a freeware and post the report.

Solved…took out the ssd and everything was fine. Formatted the ssd to FAT and re-installed. Still fine. Went to the web access to ROCK; the drive showed. Formatted it with ROCK. Went to back-up in Roon and added an smb share to the internal ssd. ROCK now backs up to the internal ssd, which was the idea in the first place.