I’ve been experiencing strange behaviour when trying to load TIDAL playlists. I’ve been able to replicate this multiple times, even after reboots of the core and remote computers. This only happens when I try to load a TIDAL playlist, otherwise Roon works normally.

When I select a playlist from TIDAL in Roon, it will not load and I get this screen: 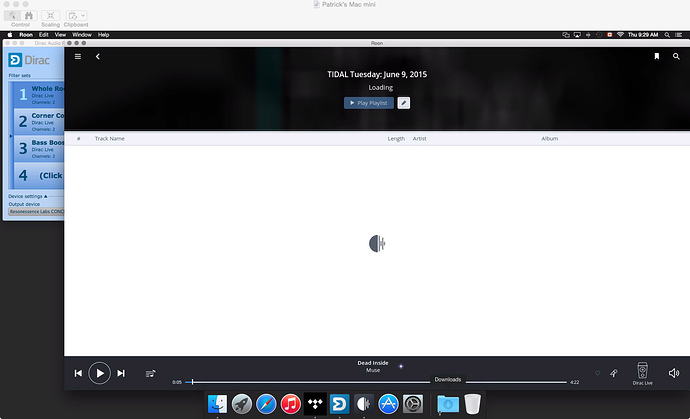 The playlist fails to load and after a few minutes the remote computer reports losing connection to the library: 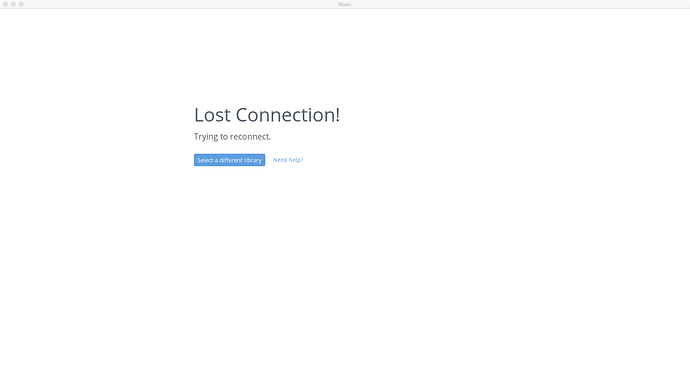 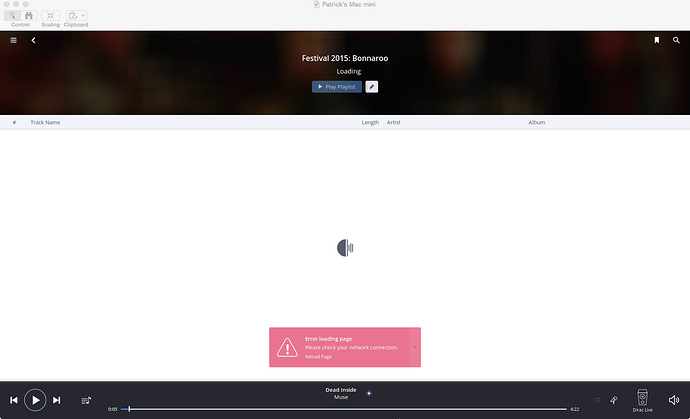 Quitting and restarting Roon on both computers brings everything back to normal without having touched the network in any way. Even while Roon is displaying the network error, I can open up the TIDAL desktop app, choose the playlist I was interested in and it will play immediately, no problem.

P.S. I’m with whoever suggested that TIDAL playlists be included in search results. For example, the Editor’s Picks playlist is right on the front page of the desktop app, but I never would have found it using Roon as it is nestled deep in Roon’s TIDAL Recommended Playlists. Even knowing that the playlist was there, I still had to visually scan the available playlists for quite a while before I was able to find it.

I have experienced this issue as well.

@mike, please help these guys send us some logs.

I’ll be in touch via PM soon. Sorry for the inconvenience guys.

And it seems I having the same problem.

+1
I’m having that problem too.

I mentioned searchable playlists previously and this is just another shameless +1 for this feature!

I just got the same behaviour deleting a TIDAL album from my library.

Tidal playlists are no longer loading for me either. Used to work in the past and does work in the dedicated Tidal mac application.

The logs we got from a few of you were very helpful, and we’ve already found at least one issue that is now fixed. The fix is being tested, and we’re hoping to include it in the next release.

We’ve also bumped the priority of TIDAL playlist searching based on this feedback guys, so keep it coming. Thanks everyone!

Thanks guys – I think we have enough information now to say we’ve fixed at least one issue here.

Everyone should try again in our next release and report back. Thanks!

A fix for the playlist issue we identified last week went out in today’s release. Make sure you update to Build 29, and let us know if you’re still having issues.

All O.K. now with those Tidal playlists (Release 29). Thanks for the fix.

I can confirm that Tidal playlists now load for me!

Downloading of the new build is very slow. Any possibility to have it downloaded other way? I tried downloading from Roonlabs.com/download page, but it was still the previous build.

Everything is good here!