Hey Paul, I think you’re dealing with something different than what we were discussion in the other thread, so I split out your post.

Could you start by describing your Roon setup in more detail? You can use this link as a guide. 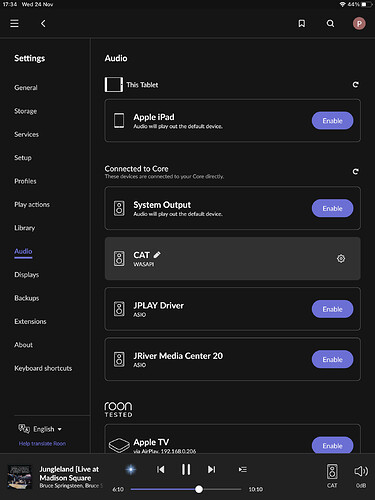 History - we upgraded to Roon this year and have had no problems. On November 18 It stopped streaming Qobuz. The fix today seemed to be effective but then stopped mid track. I have rebooted both CAT and IPad, and the music is again playing. This instability is entirely new. I hope that helps.

Kevin, seconds later I lost the Audio Output. See the next photo 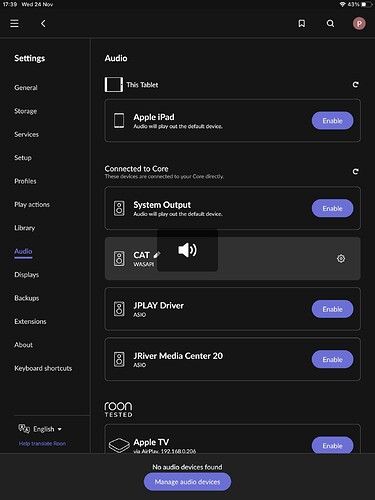 Kevin I heard nothing from you. Roon is not playing anything - either Qobuz or my collection on my CAT. Thoughts?