Back to losing albums again. This time, I can find one version of Miles Davis’s Porgy and Bess but not the Mobile Fidelity version, which appears under neither the artist search nor the title search. Also, Sinatra’s No One Cares is hiding again–I can find only one version.

Hi. While Skipped Files shows a few-dozen files, it does not include those that I mentioned in my question. Roon is skipping versions of the same album, often the Mobile Fidelity versions that I have in addition to standard-CD or downloaded versions. My original posts mentioned some of the albums, from artists as varied as Sinatra, Bill Withers, and others. Once in a while, if I search by artist instead of by album, Roon might show both versions. At times, I have been able to choose the Mobile Fidelity versions as preferred, but I don’t think that choice has stuck. The problem is not limited to Mobile Fidelity, however. It doesn’t seem to matter whether the files are standard 44.1-KHz/16-bit FLAC, DSD, 96/24 FLAC, etc.

Let’s go with one of the examples mentioned above — Sinatra — If you search by path does it show up?

If not, can you share the album with us here?

Yes, if I search by path, it comes up. Please see the attached screenshot, which also shows the non-Mobile-Fidelity version. I don’t know whether the parentheses in the filename of the album (“No One Cares (Mobile Fidelity)”) are throwing Roon off, but I use parentheses for a number of albums, and Roon in the past was able to find this album, at least when I searched by artist. (I have added a second screenshot of a general search that shows other Mobile Fidelity titles with the label in parentheses.) 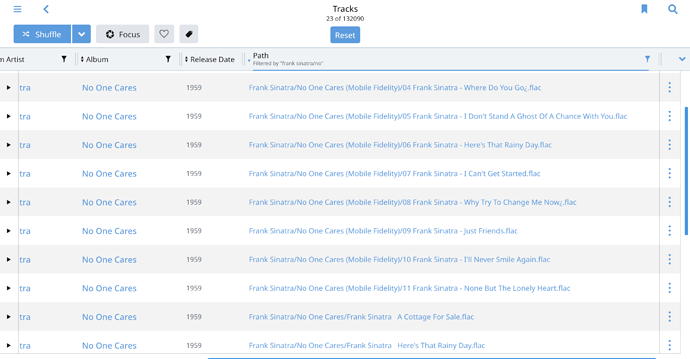 If you go to No One Cares and go to the Versions tab do you see the Mobile Fidelity version?

No. That’s the problem.

Done. I also have a DSD version (Mobile Fidelity) and some other non-Mobile-Fidelity release (FLAC). So I think I have three versions.

Thanks, @Andrew_Stein — I’ll get this over to the team and will follow up with their findings.

Thank you. Please let them know that this error occurs with multiple albums that have different versions.

So far we haven’t been able to reproduce this issue on our end and we were hoping you could provide the following: 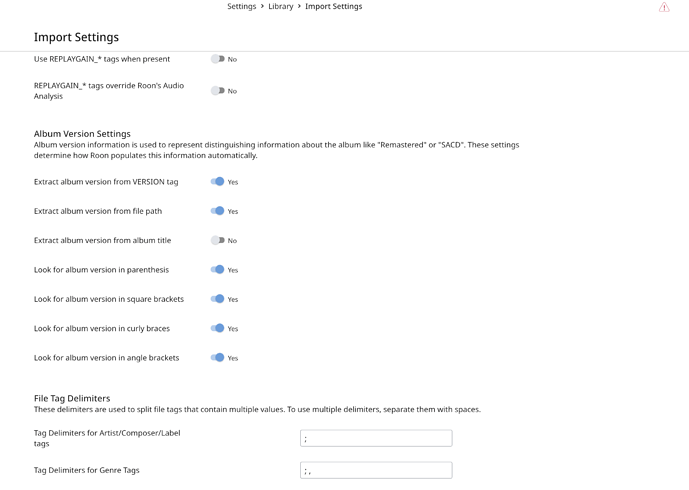 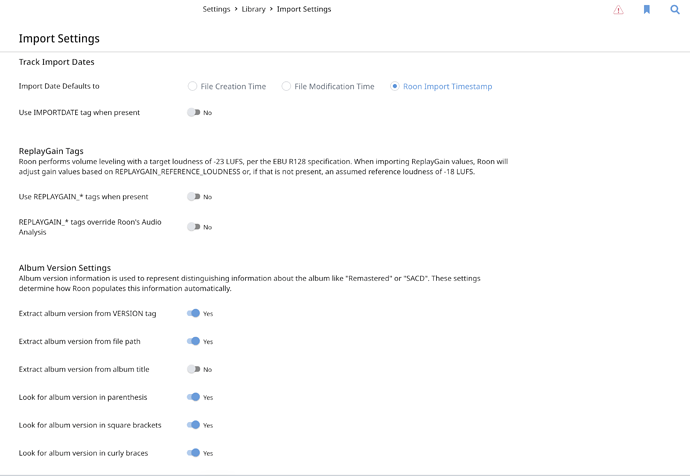 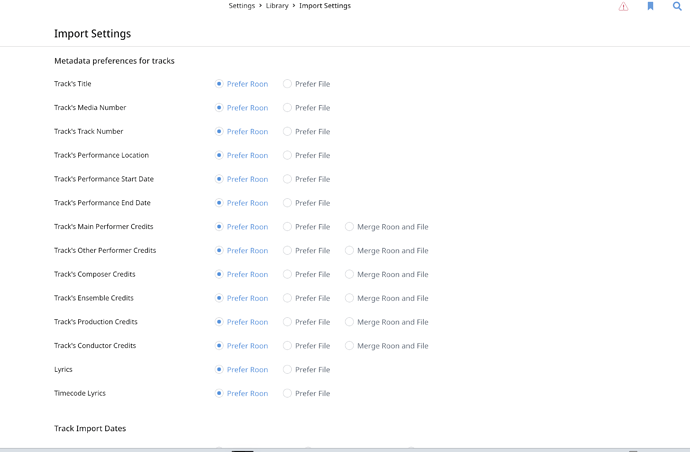 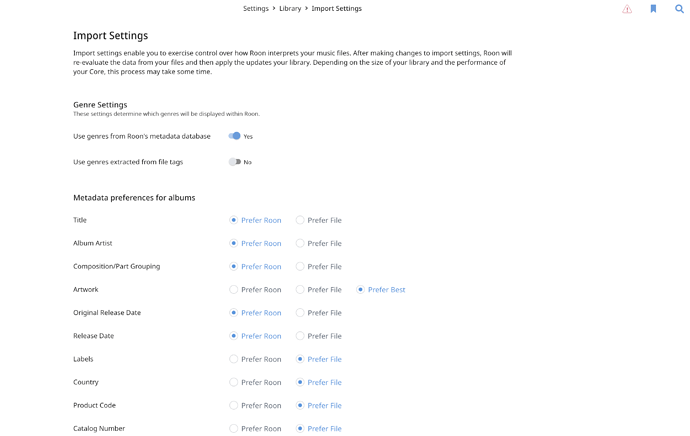 Hi. I have uploaded screenshots of Import Settings. I have shared a non-Mobile-Fidelity version of the album. Thanks.

Thanks for sending that over @Andrew_Stein. I’ll be sure to update you as soon as the team gives me some feedback on their findings here.

Hi. Any word? Thanks.

I noticed that Roon is missing other albums, for example, Bill Joel’s “The Stranger.” It finds the Qobuz version but not the local version, which is saved as FLAC files. I am sure Roon must be missing other albums, as well, given the random ones I see missing. Curiously, my BluOS app (I have a Bluesound system) also doesn’t find that album.

Thanks for the additional details, and apologies for the delayed response here. The QA team’s queue is a bit longer than typical right now because of their current testing schedule, but I’ve made sure that your investigation is a high priority as soon as they are available.

Just to confirm that the The Stranger album is the same thing as we saw in the past, are you able to see the album if you use the filter by path function?

Sorry. I goofed. Turns out I don’t own that album.

I will upload the images in the next post. I am having a problem doing it here. 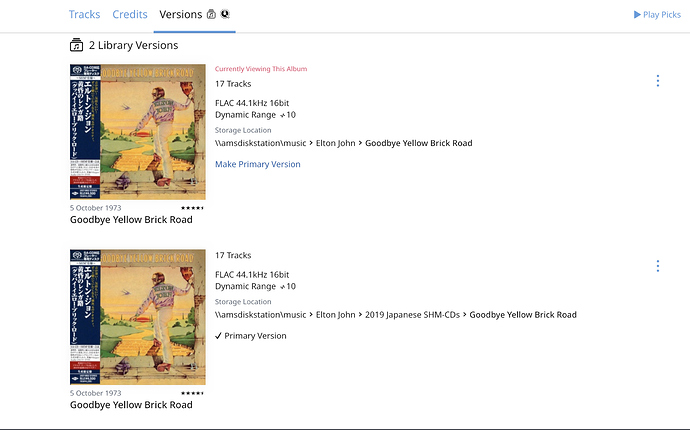 I notice that you are not following Roon Labs recommendations for naming box-set folders. This is probably why things are not behaving as they should.