All tracks unavailable in Roon: 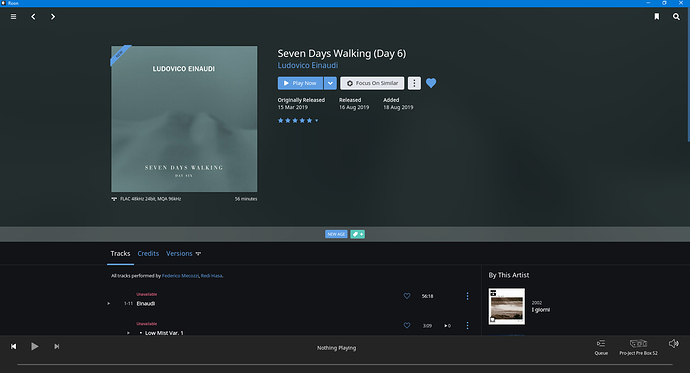 Playing fine in the Tidal app: 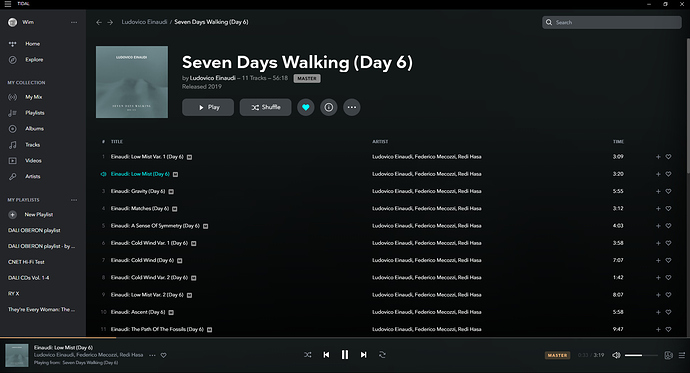 Anyone else experiencing this?

Playing fine for me on NUC with ROCK…

Just rebooted my NUC running ROCK, but no change.

I had never heard this, very gentle music, now playing track 7, all good… I know not a lot of help to you but it seems not to be Tidal back-end or the Roon interconnect per see as it is working fine here. I take it other Tidal stuff is working OK for you on Roon, if so probably needs @support assistance.

All tracks unavailable in Roon: 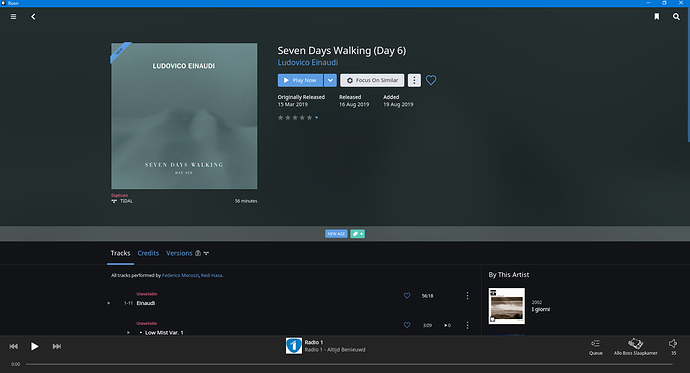 Can you verify which region your TIDAL account is for?

Seagull: Instead of making the album a favorite in the Tidal application, do this instead: Go to Roon and when you access the MQA version, click on the “versions” tab within Roon. This will show the CD version. Make the CD version your preferred version within Roon. See whether you now can access the tracks. If you can, great! Also, if the CD version is now okay, you can delete the MQA version within Roon and then re-add it. I did that and the tracks suddenly appeared. Not sure why this happened but the key for me was to do everything within the Roon eco-system.

Done that, but the non-MQA version only showed up after I favorited it in Tidal.
Now I can switch between both versions but both have all tracks unavailable.

It doesn’t matter…Tidal just take the location of your IP address and assign THAT region to your account.

I know this as I originally signed up a few years ago whilst working in Italy and only later realised that I had an Italian account.

Done that, but the non-MQA version only showed up after I favorited it in Tidal.
Now I can switch between both versions but both have all tracks unavailable .

Deleted both versions.
When I search for the album in Roon it shows with all tracks unavailable even before I add it to my library.
I have no issues with the previous versions, Day 1 through Day 5 or with any other Einaudi albums available on Tidal.

We see that this album is available in the TIDAL app, but the data that TIDAL has provided us with this album is showing that it’s not available until September 16th, which is why it can’t be played in Roon. We are looking into this.

Curious, because I played it in Roon yesterday…

Tidal put you in the Brexit zone already …

Just added the MQA version to my Queue, all rearing to go! If so that will be the ONLY advantage of Brexit, because the whole thing is crazy. Crazy crazy!