Main albums now shown in Discography but recordings not yet

Thanks a lot for resolving the issue of not properly identified main albums in the discography section:

The problem persists, however, in the recording section. Recordings are only shown if the corresponding tracks are matched one-to-one with the TiVo database (as described here: Main albums don't show! - #28 by Rainer_Muller)

Example: I have the set of Wilhelm Kempff’s Beethoven piano stereo recording. Compositions were properly identified from the file labels, but (because of some mismatch) not one-to-one with the TiVo database. The recording was not shown in the list above.

I manually identified the album, with tracks now matching on a one a one-to-one basis. The recording then appeared as shown in the screenshot below (last line).

It may be technically difficult to show non-properly identified recordings. But they are shown under compositions, so it should be possible in principle.

I appreciate the recordings listing introduced in Roon 1.8 very much so it would be really nice if it would work smoothly. 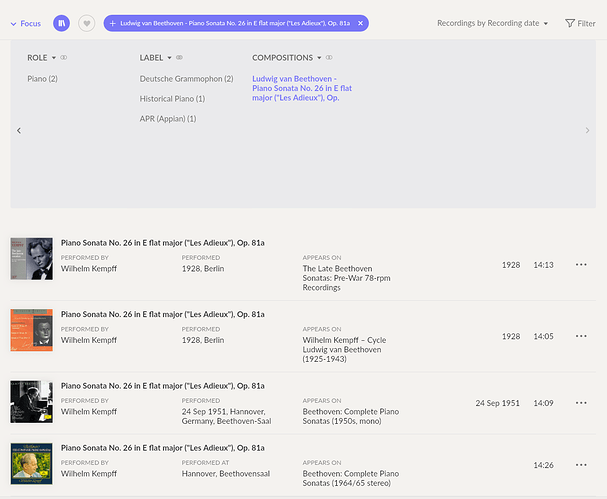 Can you provide some additional examples of this? Please include screenshots of the main album page including the compositions that aren’t matching up.

Hi @dylan
thanks for coming back to this problem. I’m not able to reproduce the issue right now because whenever I come across such a non-properly identified album I re-identify it to match all tracks. I’ll call back on this channel next time the phenomenon occurs.

But while you’re reading this: I’ve identified another class of albums that are not shown in the discography section: Albums that are part of a large box set like the Rubinstein Collection but added on a single-CD basis to Roon.

Here’s an example. I have the Complete Rubinstein Collection (more than 100 CDs) as individual albums in Roon. Lots and lots of albums in the Overview section of the artist page: 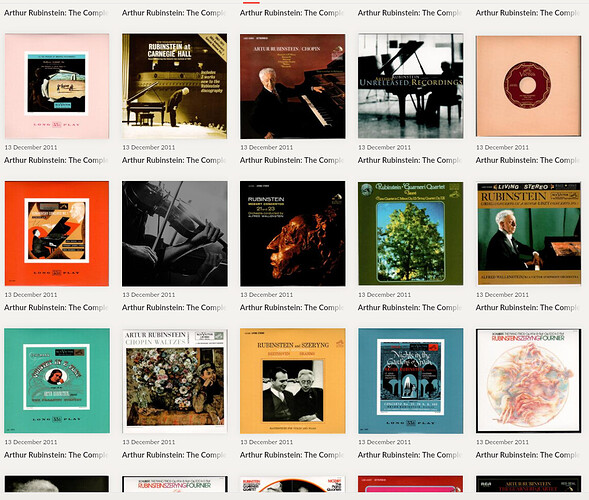 but only 17 albums in the discography section: 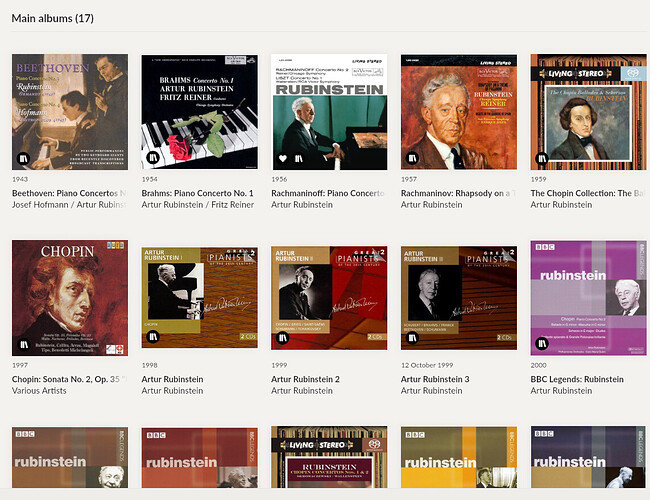