Fair point. Trying the HiFiBerry with this DAC that currently has the microRendu will help explain a little more. I’ll try tonight.

AudioTester results all passed… Last thing to check is the HifiBerry with this DAC. Will report back.

See attached photo. I tried the HiFiBerry Digi+ (transformer version) with my main system and it hurts me to say I had the same muting issues at the exact same parts of the songs, which now means its my DAC

One positive is I’ve only come across this with this one album. My Dac is built into my integrated (Peachtree Audio 220se).

Another positive for others is the HifiBerry Digi+ (transformer version) + iFi SPDIF iPurifier (both powered by iFi 5v iPowers) + Blue Jeans Coax cable performs very well for the total price, compared to my microRendu + LPS-1 + 1.5m Curious Cable. It’s the first time I tried all that on my main system. The microRendu is staying but if you want a high quality Roon endpoint on a smaller budget, I’d happily recommend that combination to anyone.

Thanks for helping me to solve this guys. 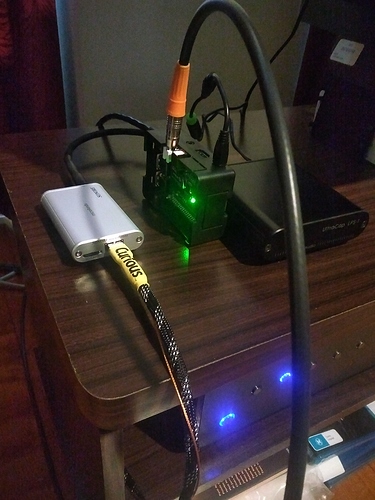 After a rough initial setup, I’ve been running MicroRendu with an iFi PS without problems. Just received my Uptone UltraCap LPS-1 and hooked it up. Listened for awhile. Wonderful. But now, a couple hours later, I’m getting extremely annoying random dropouts. There is also, every now and again, a strange digital glare or something coming through, just a very short glitchy and hashy distortion. Unlike EM84, these dropouts are random and last about .5 seconds. I also have a built in USB-DAC in my Marantz SA8005 that I’m using. Any suggestions would be appreciated.

Dropouts = network problems and or a limitation of your server. The best connections are via ethernet directly to your router. People are using WiFi and WiFi bridges and these can be hit or miss depending on signal strength. This is especially true at high sample rates.

Finally, Roon will perform background processes that are CPU intensive. These processes can take a long time to resolve depending on the size of your collection. This can cause dropouts.

My MicroRendu is direct wired via Cat6 cable to my router. Have determined that this is a MicroRendu/Roon problem and is independent of power supply. I unplugged the UltraCap and plugged my iFi back into the chain and am still getting dropouts and periodic horrendous digital hash on high massed voices and symphonic music.

These problems did not exist before trying the new power supply. Everything ran perfectly. Zero dropouts. The first time my MR had been powered down since installation was to replace the power supply. Could there have been a problem with the handshake with the DAC or something? These dropouts are ‘gaps’ lasting for as long as a second; they now occur about every ten seconds. Therefore, the MR/Roon combo is currently unlistenable.

I don’t have a collection. I listen 100 percent to Roon/Tidal. I do have many selections in my Roon/Tidal library. Could that be causing problems?

Rebooted everything and problem appears to have disappeared…I still often feel like I’m walking on eggshells with these newfangled devices and that one little wrong move can cause everything to go south! Fingers are crossed.

Ah, reboot. The Internet suggested reboot as the solution for this: 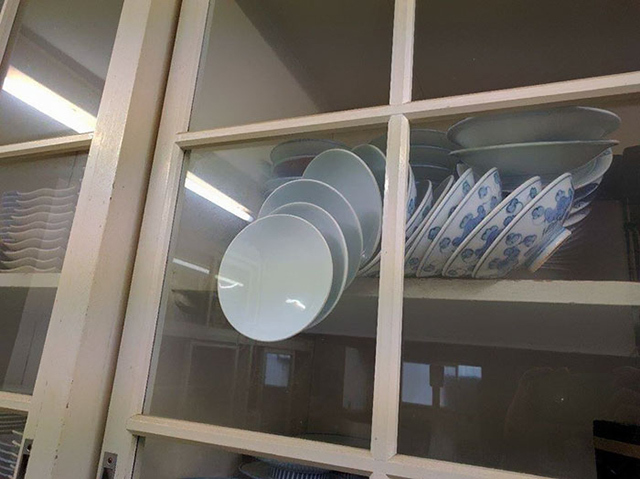 What hardware are you running? Generally speaking, dropouts are network performance related

MacBook running OS 10.2.1 is Roon Core. Running Roon Ready on the MR. My network is fine. The reboot fixed the problem–unlike, I would assume, with the plates above!–at least for now.

Never under estimate the power of rebooting everything…I wish I had thought of it:)

Its the ghosts outside the machine that scare me

Now that the dust is settling on the mR, what do users think of it, now that some of the gushing hype has died down?

Are you satisfied with your mR?
What did it replace?
what power supply do you use?
Has anyone moved on from the mR?

@Sloop_John_B, perfect set of questions, thanks! I’m consider buying one as we speak.
By the way… Does anyone know a Sonore dealer in germany by any chance?

Does anyone know a Sonore dealer in germany by any chance?

well, small green computer ships internationally but I assume the parcel will end up in customs (read: more expensive) due to its value… plus another $75 shipping costs.

I’ll drop a flag for @agillis, maybe there is a way? It’s also a matter of warranty and such things.

EDIT: sorry for hijacking this thread

I bought two mR’s but have only managed to setup one so far.

The one that is up is powered by the iFi supply, fed Roon, and connected to my portable Oppo HA-2SE DAC which is connected via line out to a BeoPlay A9.

While none of the above is the last word in audio quality, the mR did improve the sound quality as well as allow me to play all music formats (including DSD 256) in bit perfect format. I’m using the DAC’s digital volume control via Roon. I won’t say too much about the improvements in sound quality, but it seemed that the noise floor was dropped and there is an improved sense of timing. Before the mR, I tried using my iPhone as a source (using Onkyo HF Player) as well as my MacBook Pro. I think the mR sounds better to me than both, and it is rock solid, flexible, and convenient. No special cables were used in this setup.

The other mR will be powered by an UltraCap which is powered by an HD-Plex and will end up feeding my Mytek Brooklyn DAC… I look forward to setting this all up this weekend, along with my new sonicTransporter i7!

I would share notes after the installation is complete, but I actually don’t plan on performing any A/B tests (unless I’m not happy with what I hear). I just want to get it setup and enjoy the music.

I now have 2 x uRendu, 1 in Spain and 1 in the UK and I think they are really very good and changed my feelings about bits being bits completely and would not now be without them.

A little story, I have a mate who is a confirmed vinyl and valve man. I took my D120 to his place a couple of times and he is now in the process of selling his valve amp!!! He bought a D120 and has had it upgraded to a D220 PRO. After I received my uRendu I took it down for him to listen to (only through the D120) and after about 2 minutes he called me a rather uncomplimentary name to do with my parentage and he has one as well now. This was only using the standard PSU!! He is also contemplating selling his record deck!!!