Last two nights all cover artwork is gone after using Roon for a hour or so, neverhad this before,what might cause this ? Both NAS and Tidal missing.

What remote are you using? in Android try a restart or killing a lot of other apps…this can be caused by lack of graphics ram…used up or not freed up

iPad, I did get a message recently memory was getting full but I removed a ton, wondering if it actually is removed ?

Hi @Rogerdn ---- Thanks for bringing this behavior to our attention. The feedback is appreciated!

Moving forward, to help aide in our understanding of this behavior, may I kindly ask you for the following:

Try clearing cache in Roon settings on the device.

Dylan, I’ll get back to you on this hopefully tonight but since posting I’ve once again lost my NAS connection, I posted on this several days ago, Andrew/SonicTransporter got it restored for me, but it only lasted 24 hrs, Roon has been rock stable forever for me so something has changed, thks for your offer.

In addition to the missing cover art I now have for the second time in just a day lost my NAS connection. Roon plays normally with Tidal however. The cover art is there initially then sometimes disappears after maybe an hour, both Tidal and my library’s. Library is still available using both MConnectHD and Lumin, i.e., they play normally.

Router is an Apple and network is very stable, I just never have issues running some 16 devices and until a week ago Roon had been trouble free for many months. No connection issues with the other devices, network is wired other than iPad.

I tried last night to reconnect the NAS but was unable, apparently did something wrong.

Hi @Rogerdn — Thanks for the additional info here. This new insight will certainly help!

Can I kindly ask you for the following:

dylan, I removed my drive while trying to restore it but couldn’t figure it out so it currently looks like, 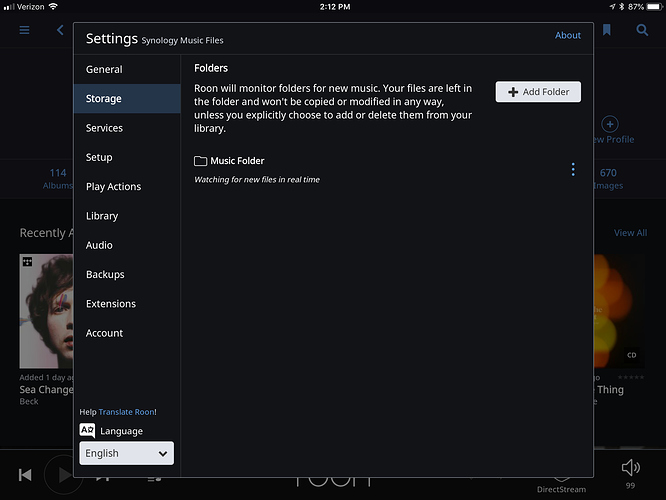 But this is what it was before, 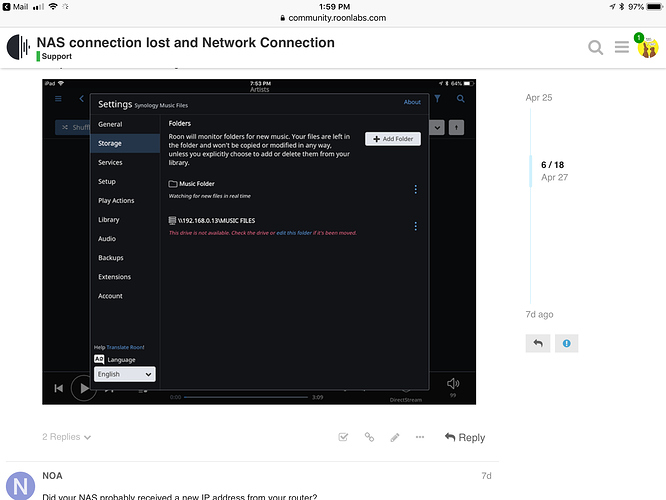 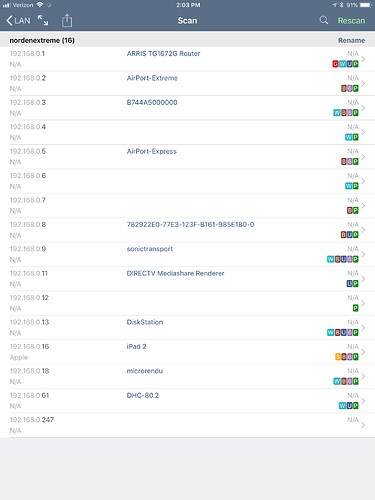 No haven’t tried hosting, don’t know how to do.

Btw my cover art, all Tidal of course, was ok last night, perhaps the cache clearing I did fixed it.