I guess it would have downloaded automatically if I closed it and started it again. But going to about forced it.

Now for the MQA issue. Its all over the place, in Roon forums and other forums its in 1.3. So I went back to look at them and I was correct. BUT in some, and only some, some further posts did say:

‘No it hasn’t and “1.3” could mean the initial 1.3 release or a subsequent update. MQA decoding in Roon is going to happen, but timescales have not been published. Obviously though, we all want this to happen as soon as possible.’

OK, people are jumping their gun here and not being clear in what they say so confusing people like me - not Roon’s fault but it does create false expectations. So can someone from Roon do a DEFINITIVE post about it that stays at the top of some part of the support forums. That would help a LOT.

What I can say is this. I was with a very experienced audiophile and speaker maker of some repute here in Australia (Mike Lenehan for those that know the scene out here in Aus). He has recently set up a new reference system, with the new best speakers he now makes, at his factory. He individually tunes every speaker for flattest response and I was there when he did that for his new system. This guy is NOT easily impressed or fooled. The system and speakers are VERY high end. His ears are amazing - I have seen him listen to a speaker and say its one DB down here - them measure it with Clio - and its one DB down just where he said. I will not bore you with similar feats I personally witnessed or heard about such as walking out of a room, have 5 power cables jumbled up and walking back in and picking which was which blind. Suffice to says if he says something - its very likely true.

We listened after the system set-up for the first time to masters (first time he heard it - did a jury rig at my place but that was sub-optimal without going into details) via the Tidal app - he was simply gob smacked - he couldn’t believe how good it was. I was too, but my ears are like lead compared to this guy. MQA is the real deal and support for it will be a big step forward, especially as more titles become available.

Anyway he was so impressed he went home and tried it on his home system. He was equally impressed with the sound quality but got dropouts. Hopefully the better Tidal integration of Roon will possibly fix it but if not the community here is likely to be able to help.

He has no interest at all in internet streaming except for MQA.

I am getting an MQA DAC and will see what that does - but as of now mighty mighty impressed and can hardly wait for decoding in Roon to use any DAC - my main one is the Direct Stream but have others.

At the moment, no software exists that does the full mqa rendering, so if you want the real deal, get a dac with MQA support inside.

The stuff out there in software just performs the first step–the core decode. This is a good quick breakdown of the playback options.

I think you side-stepped the question. Looking for a reconfirmation that there will be some level of MQA decoding in 1.4 or beyond and if so should we expect it any time soon.

Didn’t mean to side step. The long story threw me off

Yes, Roon will be able to perform core decoding, like other software out there.

We have a decoder from MQA, but it is not quite right for our architecture. We are working with them to get it right.

I think, for the people who have tried MQA on Tidal and have been impressed (100% of my HiFi buddies so far), decoding in Roon is an important/crucial feature. I can’t stream Tidal MQA on my Linux sever so the sooner we get it in Roon the better.

we understand, and are working on it.

Reading that Audiostream link, it says

Full software decode is not possible because the DAC must be known and characterized. MQA is an analog to analog process.

But Roon can identify Roon-ready DACs. Is there any prospect of Roon being able to do full decoding in software in future?

Or is it more accurate to say “full software decode is not possible because Meridian are keeping it proprietary.”

Or is it more accurate to say “full software decode is not possible because Meridian are keeping it proprietary.”

I think it is more accurate to say that MQA does not want to allow a fully decoded digital stream. MQA has been very specific that the final decode (stage 2 decode or full decode depending) has to occur when the analogue signal is actually being produced. That is why software decode, like the Tidal app, is limited to only doing first stage decode.

And I, imho, this has everything to do with licensing and keeping the content providers happy.

The reason why MQA playback is delayed in roon is probably because of multiplatform and the usage of Xamarin to run the same code all over the place. Any code roon received is probably not in C# so it needs to be ported. It’s not like it’s plug and play I could be totally wrong but my guess is that they want to unwrap the MQA Core on every playback device.

Xamarin is also behind the lack of playback on iOS due to garbage collection.

Wonder if TIDAL will ever unwrap MQA-core for mobile devices. It does not make much sense but the future will tell.

As far as I can tell you can stream 48kHz 24bit already from TIDAL on your phone.

Any code roon received is probably not in C# so it needs to be ported. It’s not like it’s plug and play

That’s not the issue at all. There is plenty of unmanaged code in Roon.

But Roon can identify Roon-ready DACs. Is there any prospect of Roon being able to do full decoding in software in future?

As of right now, we haven’t been given an indication that that we will be allowed to do DAC-specific rendering in the Roon Core. We’ll keep offering, but it’s not really our decision to make.

Guess I did a wild guess as native code is probably platform specific and you have lot’s of platforms.

I like streaming MQA within roon right now.
To do this I use a Meridian DAC.
Not sure what is best:
Meridian DAC with fully unfolded->Samsung AUX input
Could perhaps use a better signal cable to AUX.

When using TIDAL app I miss the manageability of roon.
I’m happy to play master tracks in roon.
In roon you curate your own collection from multiple sources like TIDAL and complementing albums of your own.

I think it is more accurate to say that MQA does not want to allow a fully decoded digital stream. MQA has been very specific that the final decode (stage 2 decode or full decode depending) has to occur when the analogue signal is actually being produced.

My understanding (which could be wrong) is that in an MQA-enabled DAC the MQA stream is decoded to PCM, and DSP applied, before the D/A conversion stage. If that’s true, then it could be done in software and sent to a DAC with a suitably high bitrate.

As of right now, we haven’t been given an indication that that we will be allowed to do DAC-specific rendering in the Roon Core. We’ll keep offering, but it’s not really our decision to make.

I understand that. I guess it’s fruitless to speculate.

You are of course correct.

But IMHO that is very unlikely to happen - all MQA will allow is first unfolding in players like Roon.

Its alll about licencing IMHO. They want to licence DAC manufacturers to give you the full monte.

What I can assure you is decoding to 96k is very very good into a Direct Stream DAC. The maker claims it’s slightly inferior than 96k Masters, but what we heard was better than 96K Masters which both of us had heard many times. I suspect the demand for MQA will be such PS audio and other hold-outs will be forced to include it - they IMHO, just don’t want to so as not to pay licencing. I know some DAC makers and we are going to conduct some tests - I strongly suspect both will pay the licencing and have MQA decoding.

BTW sorry for the long post - yes I knew all that. For a simple technical explanation of MQA see:
http://www.audiomisc.co.uk/MQA/origami/ThereAndBack.html

As you can see that last unfolding depends on a digital filter matched to a specific DAC, which is why MQA claim they only want to do it in the DAC. That’s not true in the sense it must be there - but its the line they promulgate.

I have tried it directly against true high rez from the same mastering (from 2L’s catalog).
The true High-rez files were better comparing to the MQA (limited) high-rez…
Especially music with a lot of high frequency energy…sounds more naturally extended and less hard/compressed. So I find no reason to get over-exited about MQA. But will keep an open mind for further investigations…

For DAC like Direct Stream where a lot of attention is done on implementing specific filters in the FPGA, it makes no sense to lock to MQA and compromise that work. No one knows their dac better than psaudio themselves…

And I, imho, this has everything to do with licensing and keeping the content providers happy.

100% agree. We will see how it pans out - the increase in quality was NOT subtle and IMHO above normal 96k sources. That’s what John Darko found: 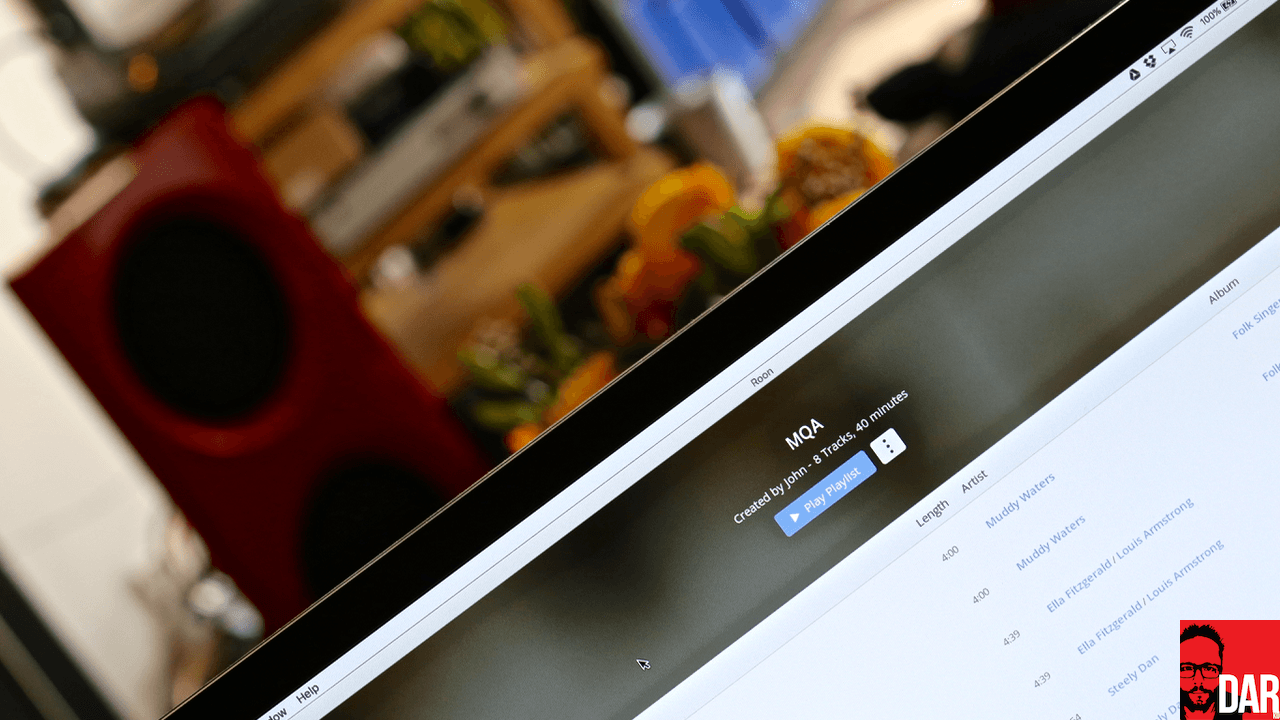 Both with and without an MQA DAC, the new audio format makes good on its promise of better sound quality for all.

I usually trust John, but thought that cant be true - but from what I have heard it is.

It’s all relative. He also says this:
"This commentator’s findings don’t mean the Brooklyn DAC playing MQA files will best the Aqua La Scala playing Redbook content – it doesn’t. Complicating the issue somewhat is that I personally prefer listening to Redbook (or hi-res PCM) decoded by the PS Audio DirectStream Jr than MQA via the Mytek Brooklyn. "

Judge by your own ears on the system you know best…

For DAC like Direct Stream where a lot of attention is done on implementing specific filters in the FPGA, it makes no sense to lock to MQA and compromise that work. No one knows their dac better than psaudio themselves…

That’s a positive and negative - the positive is obvious - the negative is each time its changed, and the DS is changed a lot with each change a surprisingly big improvement, will take longer. It will be interesting to see what finally eventuates.

But from what I heard I think its inevitable - but we will see.

Judge by your own ears on the system you know best…

I know a few ‘golden ears’ proven to be better than my leaden pieces of junk - even they argue - boy do they argue. I was at one such ‘bingle’ last Saturday - it happens all the time, Interestingly they did eventually reach a consensus.