Just finished ripping five CDs as normal to main storage location, and usually the new imports show up in “HOME” under “ADDED.”

But for this recent import, only two of the five albums show up. Little Feat, Gillian Welch and Flim & BB’s do not display on HOME tab, but they do show up in “My Albums.” 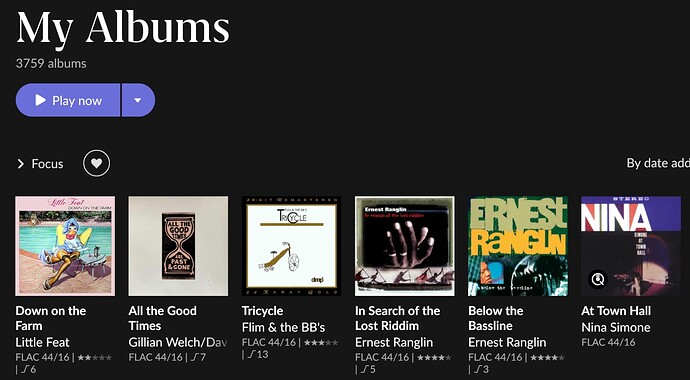 I did see the thread below, and I have the same behavior. But the fix (settings > import settings > track import dates > set to “no”) didn’t work for me.

Newly recorded LPs are not appearing in Browse>Home>Recent Activity, though they do show in My Libray>Albums Support

I see that the support queue is monstrous!

Anyway, I figured this out.

I already had those albums in my library via Tidal/Qobuz, and they were acting as the primary versions. Once I removed the streamed versions, the new ripped versions became primary, and showed up in Home > Added.