I have a Nucleus and have connected a Questyle CMA-600i DAC via USB. It identifies it as “Unidentified Device” with xMOS Core USB 2.0 as the driver. If I disable the ‘endpoint”, in Audio settings, the device says connected the to the core and lists both XMOS and ALSA however these are not clickable options. As such whenever I play a file locally or via Qobuz it just cycles through the album without playback.

This is my second time trying this out. The very first time I tried it, it played a for a few minutes previously, then I could hear what I could only describe a sound similar to bad vinyl playback, followed by a disconnection of the DAC.
My ProJect Pre Box S2 Digital works flawlessly.
Any ideas? 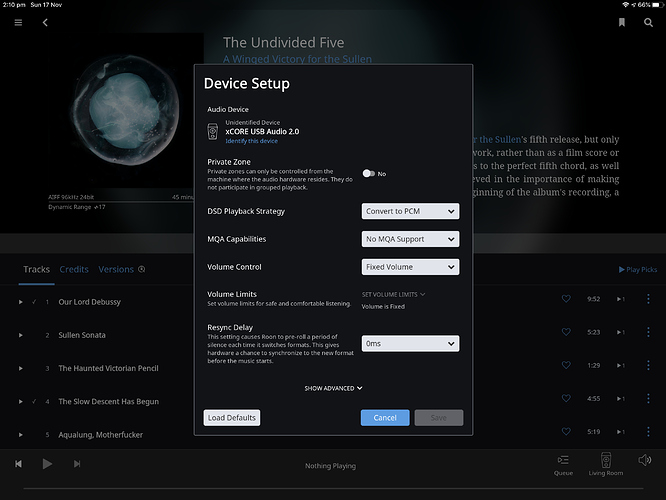 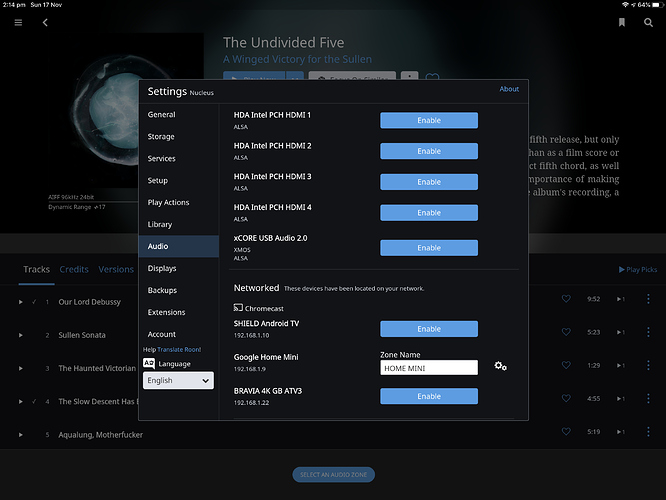 Looking at the Questyle webpage, I see the following:

It looks like Linux might not be supported by this device, which is likely why you’re seeing issues. You might want to try playing to the device while it is connected to a Windows or Mac remote and see if that works for you.

I’d also recommend reaching out to the manufacturer about Linux support.