Ripping my collection at the moment and am highly amused at the very frank opinions some of the reviewers have of some of my music ! My favourite two examples below: 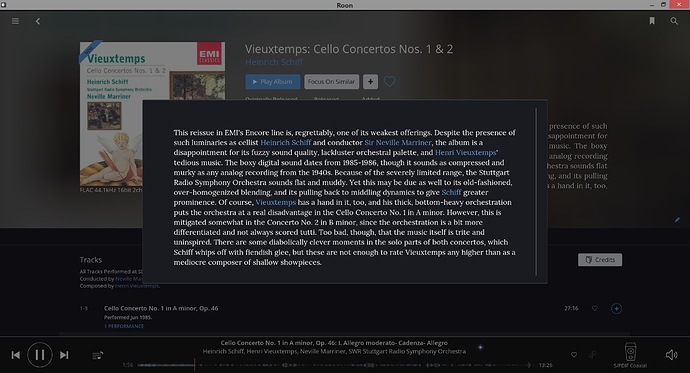 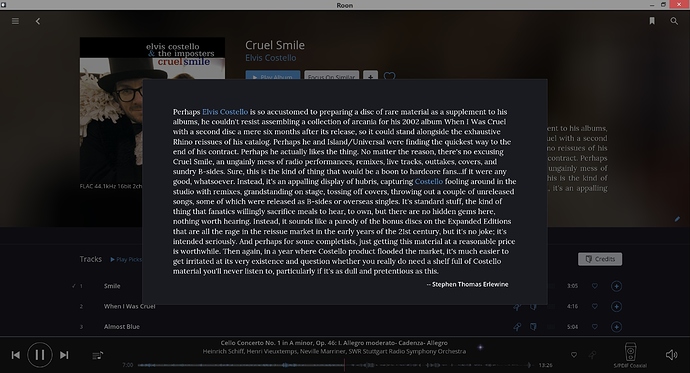 I would beg to disagree about the Vieuxtemps, I think the composition and performance are both better than described, although the recording is pretty bad. The Cruel Smile review, however, is sadly spot on.

Yes, I’m also enjoying the tone of the reviews on some of my albums.
Sometimes they are really spot on. 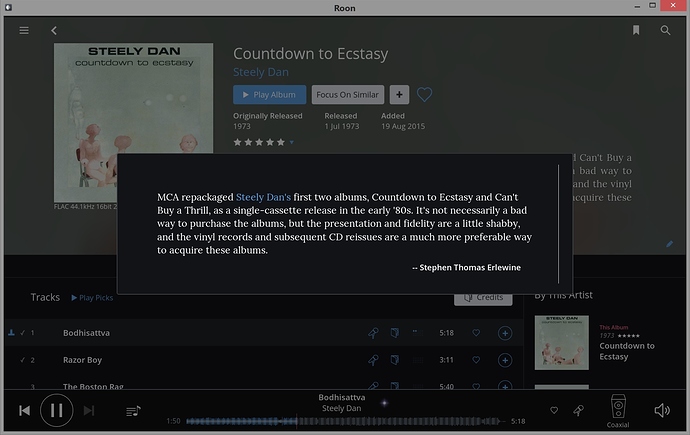 Too bad they don’t mention the date of the review.

I remember browsing through allMusic more than twenty years ago, when it was part of the now extinct CompuServe service, long before the World Wide Web have had a hit on our lives.

Go figure how dated this review is.

and remember that Blade Runner flopped at theaters.

I chuckled with this one. 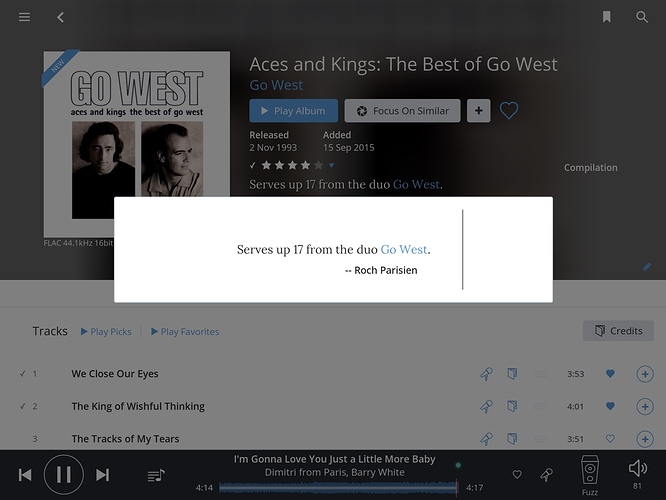 This is a bit harsh for the really fun first album from Wolfmother. Mr Erlewhine appears to take grumpy pills before sitting down to review music. Why give it four and a half stars with a pick but then cloak every positive remark with a supercilious sneer ? 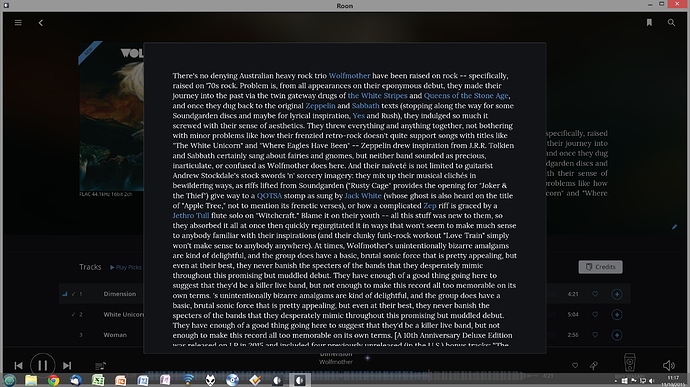 K. Ross Hoffman damns Goldmund’s “All Will Prosper” with faint praise. I still like it: 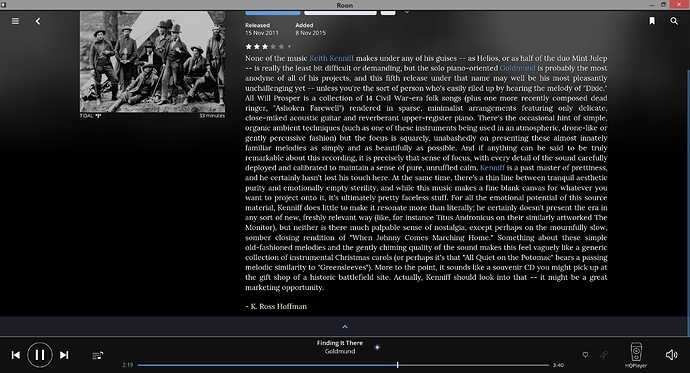 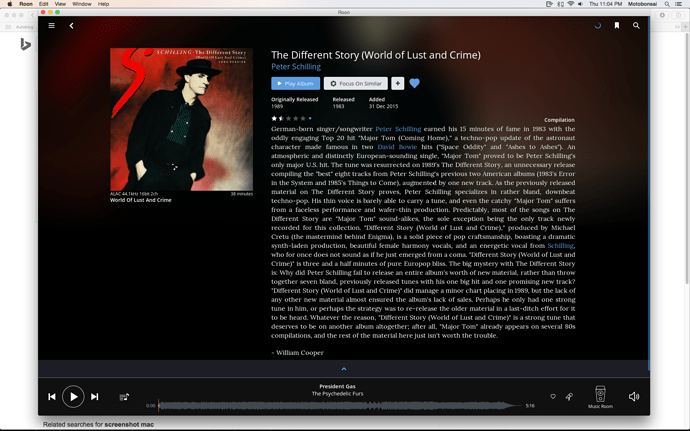 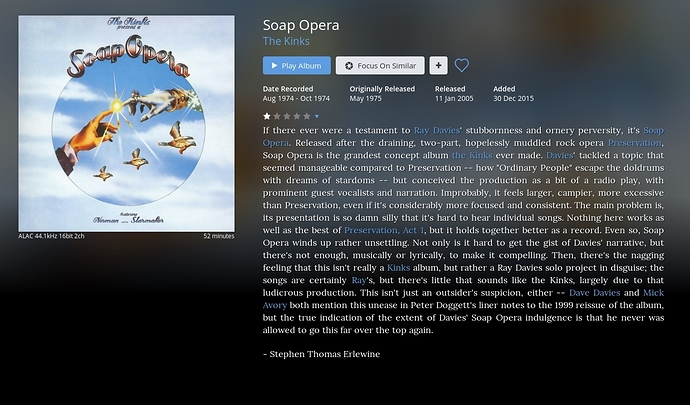 This one is funny. Not worth the effort…really

This is what happens when one has blind faith towards an artist. I can’t believe I even took the time to rip this CD.

Pat Metheny owes me for sure on this one.

It’s fascinating what some Artists do to fulfil a contractual obligation after their relationship with the record company has soured. It’s almost a genre in itself. This is my favourite:

The CD can still be purchased. It’s a masterpiece of the stirrer’s art in that each song has some mildly annoying musical effect (a jarring accidental, a harmony held just that beat too long, a coarse sexual innuendo) that just manage to prevent it being a cult classic.

This one is so bad it’s good! 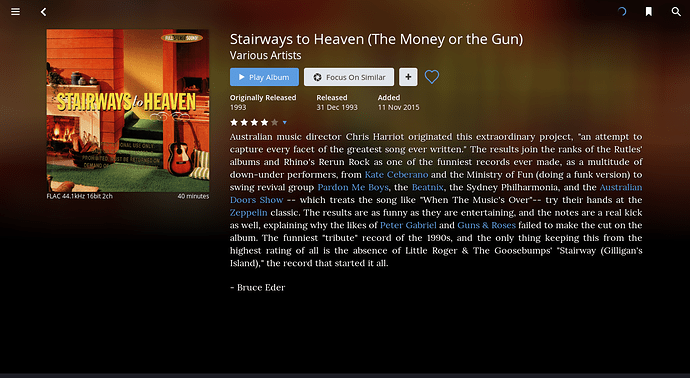 Cruel but fair this one: 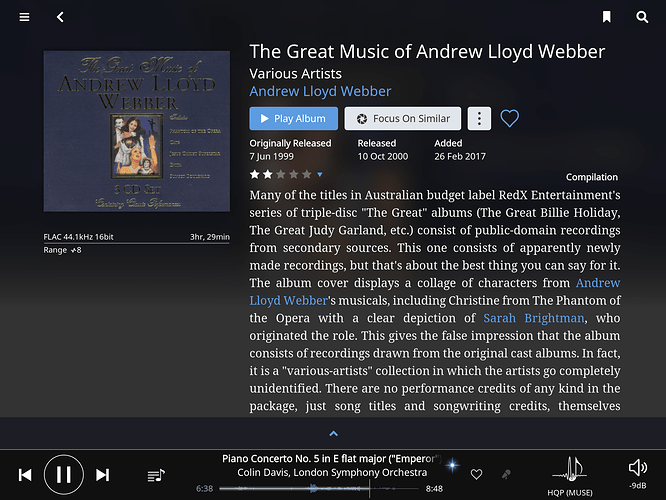 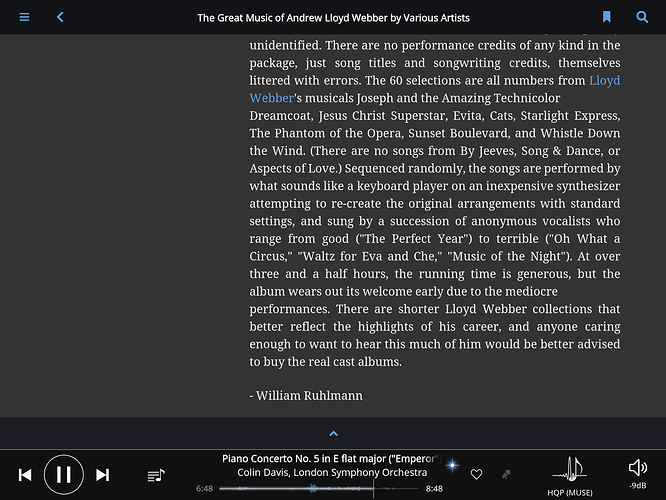 I interpreted the header differently, he’s an Amazon review I wrote.

Bon Iver by Bon Iver
1.0 out of 5 stars Music for Eunuchs
By pbrown on September 5, 2011
Format: MP3 Music
If you are a eunuch or love a eunuch, you may enjoy this digital download. The falsetto voice, twinkling piano, strings all added up to Hell. It’s as if Satan imagined what the music in Heaven would be like.

I find the “reviews” annoying. That is really my only complaint about Roon. I realize they have to get metadata from somewhere, and reviews are plentiful, but I would much rather see factoids, information, and details about the music, recording, etc than a review of something that I LIKE. I own it, I like it, I don’t care what a reviewer has to say.

The promise of Roon is (IMHO) to let you delve deeper into your collection, become more immersed, but reviews don’t contribute to that at all. Grumpy grumpy.

I find them helpful when initially discovering music through Tidal or the “Influnced by” “Followed by” links. They are also an introduction to unknown albums of known artists.

I like Thom Jurek’s reviews best and there are a couple from Ed Nimmervolt of Australian bands. I think I’ve been reading reviews by Ed for 40 years.

+1 on Thom Jurek. I almost always learn something from reading his reviews. For me, reviews, even bad ones, are pretty benign — if I start reading one and find it’s not to my taste, I just stop reading. Good or bad, they don’t have much of an influence on how much I like or don’t like the music.

That said, I can certainly see how it would be fine to be able disappear them. It would be great to have the same control over what’s displayed on the album screen as I do when I save an Imgur image.

This review is bad on so many levels: 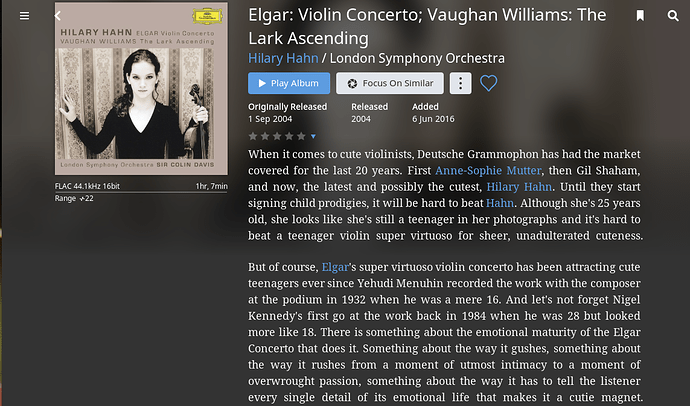