See link to original thread below. Automatically closed before problem resolved so no more comments allowed. Just to say thanks for those that gave time and helped giving tips (@Geoff_Coupe, @Michael_Curtis, @Mikael_Ollars) but support (@benjamin) finally came through and the SSD was toast. New one in and all up and running in no time. Glad they let me rectify from home without having to send the unit away. Still a couple of steps to adapt to Nucleus version of ROCK from the support team, but outside of that we’re all good again.
Thanks all…

Update rendered all apps inoperable, can not connect on three devices to Nucleus Nucleus Support

@support Roon Core Machine Nucleus 1TB SSD Internal Networking Gear & Setup Details D-Link DSL-2885A Ethernet Connected Audio Devices USB to DEQX HPD5 DAC Number of Tracks in Library 9000+ Description of Issue After clicking “Update all” in the ROON App yesterday no remotes will now connect to the Nucleus. The Logo spins on start up and never proceeds further. Sometimes after many attempts of turn off/on the App displays “connect to Nucleus” which I follow. If the app start…

Is the drive fitted in a Nucleus cooled in any way? If it isn’t consider adding a heat sink to the drive. It is pretty much standard practice in Akasa cases.

@Henry_McLeod Is this the sort of thing? 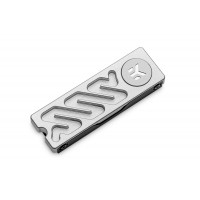 It’s a new thing to me but interested if it might prolong the life of the SSD. Also, do they readily fit in the ROON Nucleus? Presuming the NUC part is bog standard and compatibility shouldn’t be an issue.

Yes though mine is a bit less flash (and cheaper in the process). Just make sure it has enough clearance above.