I noted in other threads I too was having issues with a number of albums belonging to the same artist end up being categorized by Roon into two unique folders of the same artist. My 200+ Grateful Dead collection being almost equally split between two Artist instances of the Grateful Dead inside Roon.

After looking at meta data fields between the two folders I found the cause. Some albums have the “Compilation” field set to Yes and some set to No. Depending upon the setting the albums will either sort to one or the other album folders. Using a 3rd party tool Metadics I see the compilation flag is set on none of the tracks in any of the albums in either folder. So not sure why Roon is setting it on half the collection and not on the other half, but it appears to be doing that.

Good news is the fix is easy. Using the Album editor in Roon I am able to set all the albums to the same compilation setting. I chose ‘Yes’. Why Yes? Because No had the fewer number of albums in its Artist folder. This did clean up my split Artist issue at the cost of editing over 80 albums to turn on the compilation flag.

Interesting @rayski – thanks for the report.

If you can remember, would it be possible to give me a couple album names from each of the two instances of the Dead? If I can track down the albums and reproduce this in-house, it may be a bug we can resolve.

The latest Dead release - 30 Trips Around the Sun is perfect example. The first album in the set, 1966, was marked as a compilation by Roon while the remaining 29 years all were not.

If you need more please let me know.

“Johnny Winter And” isn’t an artist it’s the name of the album.

It looks like AllMusic disagrees. I can take a look at this, but do you have an reason why they would consider this to be a distinct group?

From this on Wikipedia it seems the “and” should be in both the Album name and the artist name.

[QUOTE=Wikipedia]In 1970, when his brother Edgar released a solo album Entrance and formed Edgar Winter’s White Trash, an R&B/jazz-rock group, the original trio disbanded.[5] Johnny Winter then formed a new band with the remnants of the McCoys—guitarist Rick Derringer, bassist Randy Jo Hobbs, and drummer Randy Z (who was Derringer’s brother, their family name being Zehringer).

Originally to be called “Johnny Winter and the McCoys”, the name was shortened to “Johnny Winter And”, which was also the name of their first album.[2] The album included Derringer’s “Rock and Roll, Hoochie Koo” and signaled a more rock-oriented direction for Winter.[9] When Johnny Winter And began to tour, Randy Z was replaced with drummer Bobby Caldwell.

Their mixture of the new rock songs with Winter’s blues songs was captured on the live album Live Johnny Winter And. It included a new performance of “It’s My Own Fault”, the song which brought Winter to the attention of Columbia Records.[/QUOTE]

I was wrong about the last one. My bad, but certainly this one isn’t correct. 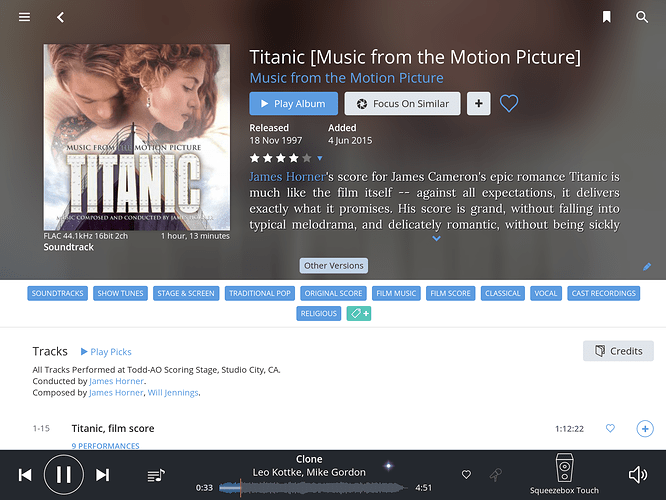 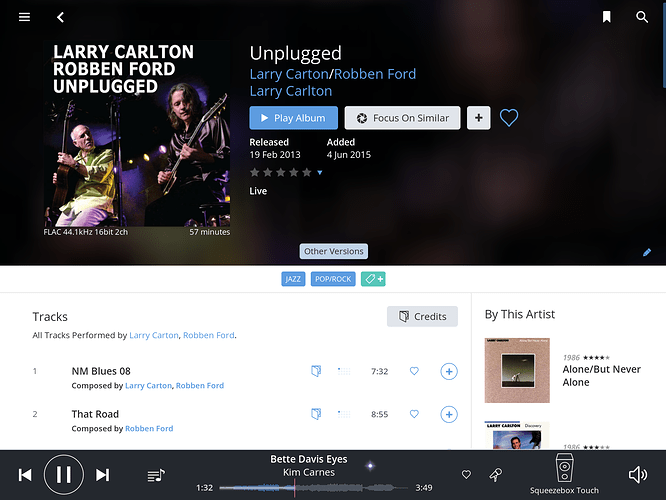 7 months with the same issue… is this ever going to be fixed or should I just not re-sub to Roon when my year runs out?

All of my music is set to use the file tags over roon as the vast majority of the roon tags (for my music at least) are still either completely incorrect or it changes everything to romanji (so also incorrect).

Even with those setting applied for some reason roon still decides to randomly split artists one with the Japanese (chinese, etc…) name and one with the romanji version.

No this is not in my tags I have checked many times and they are completely uniform in how they are tagged.

Literally every single other media player I have tried (including iTunes) displays the artists with all of their albums perfectly. As such I have zero idea why roon is so terrible at it or where the problem even lies and it is quite frustrating.

I love the interface and the link to Tidal but this major issue that is still not resolved is pretty deal breaking at least for me.

An official response on if this is still being looked into would be great. I keep checking back every month or so but each time after just a few songs it becomes really off-putting having to spend so much time and effort to do something which in any other media program is extremely simple.

I have the same issue with my Abi Moore CD’s. I heard a fix is coming so I will wait. It’s no big deal for me, just somthing that needs tidying. Only three albums.
Have you tried using the exact same image in the three artist pages?
I think that fixed ‘some’ of my other problems like this.
Thoughts, Chris

I tried what you suggested and it didn’t work unfortunately so if there is a fix coming that’s great. I also don’t think I would mind as much as well if it was only a few albums or artists but it is easily more than half of my library that has issues.

I don’t remember anyone at Roon saying there is definite fix coming soon. Just a promise that they will find a way to fix it eventually.

Hi @Rumiho – sorry for the frustration here. There is a definitive fix coming for this issue. A few, actually.

First off, it’s important to understand that Roon is not simply extracting artist information from your file tags and displaying it, like most other apps. In addition to all the rich metadata Roon retrieves about artists, our data model is designed to ensure we can distinguish between Miles Davis (the legendary jazz musician) and Miles Davis (a guy that played bass on a Kanye West track once).

Sometimes this goes awry, and we either consider two different people to be equivalent, or we split an artist into two entries. This is complex, and I’m sure the problem is worse for Japanese content, where different metadata sources may represent an artist’s name differently.

While the current system works well in many cases, there are real issues in this area that we’re currently dealing with in 3 ways:

We’re wrapping up 1.2 now, and this is the next major project for us. Just know that we’re aware of this problem, and addressing it completely is a top priority for us. We appreciate all the feedback, and everyone’s patience.

Thank you for the great explanation and the confirmation of the fix. Ikimono-gakari appears to be fixed and I’ll go ahead and link the other issues I have in that Artist Equivalence thread. Looking forward to the improvements in accuracy and full editing.

John “Papa” Gros and John Gros are shown as separate artists in Roon. Both are the same person.

These albums are actually the late 80s hair metal band. Not the 70s one they are categorized under. 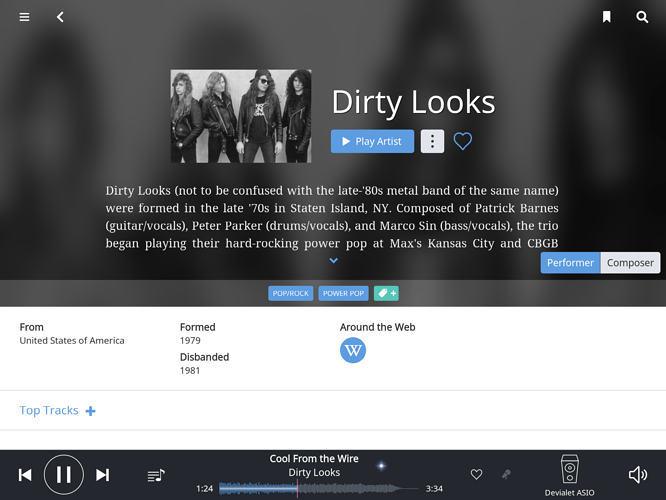 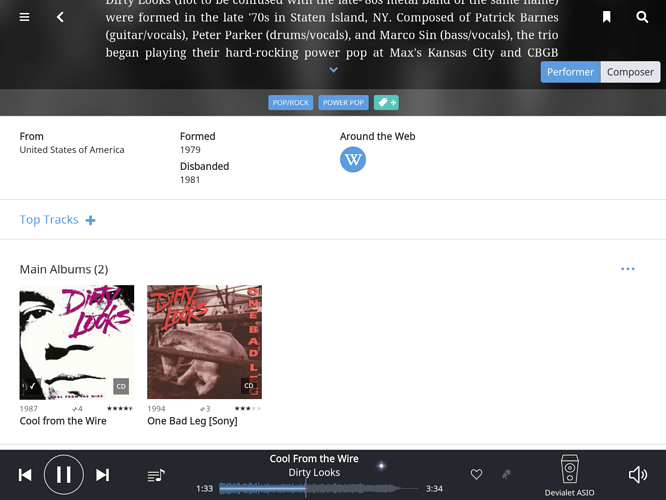 It’s 2021, Roon 1.8 is out for some time now and support for Japanese artists info in Roon’s database is still pretty bad. Anyway us Japanese speakers and Roon fans/users can help?

Same issue here, when I can see roon display the correct Japanese artist, not Romaji