Anyone have any suggestions for their own definition of Psychedelic music? I understand there is a whole genre here, but I’m looking for trippy stuff in it’s own right, and not just something associated drug use/altered states.

Two songs that come to mind are:

Also with headphones in the dark this works too:

Try the early Grateful Dead albums (Anthem of the Sun; Aoxomoxoa; and Live Dead) you can’t get much more psychedelic than the kings of psychedelic. Of course you could then dip your toes into the archives where you’ll find psychedelia throughout their live history.

Try pretty much anything by The Oresund Space Collective - “Sleeping with the Sun Worm” will give you a pretty good idea. 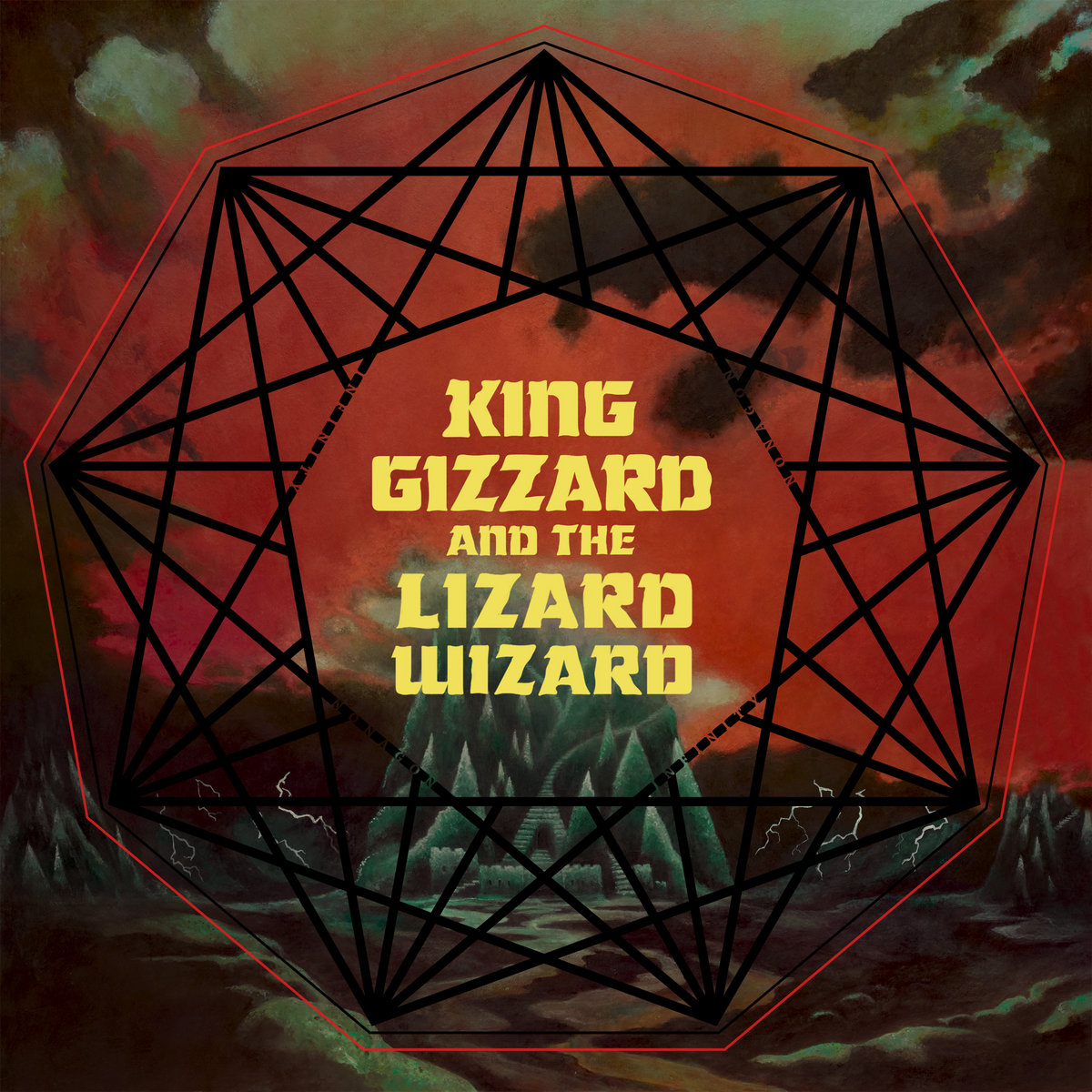 This is one of my favourite psych releases this year.

Sleeping with the Sun Worm

Not exactly what I was thinking, but space jam is a genre I need to listen more!

If you are open to heavier stuff, Om and Sleep are two great bands in the “Stoner Metal” genre that are a less spacey and more grindy version of this.

Holy crap, what a fun album to get the blood pumping! The organ in this album is so distinctive.

Feels like a harder and crazier Arctic Monkeys. Super thanks for this album recommendation!

The album is an infinite loop, with every song flowing into one another, including the closing and opening track.

I’ve been REALLY digging the band ASTRONOID. Their stuff is much more metal based but it’s atmospheric, driving, and only has clean vocals. Great fusion of shred-esc metal with heavy shoegaze parts. Danny (@danny) you may dig this as well.

A few of my top picks:

IREPRESS - Instrumental fusion. These dudes blend so many genres ranging from djent metal to jazz.

BETWEEN THE BURIED AND ME - Hands down one of THE best live performances I have ever seen. A bit on the heavier side, but they to run the gambit of music genres as well. They started out as a death metal / deathcore project but have since transformed into SO MUCH more. I tell people that the band is like Pink Floyd for metal heads. Their album “Colors” is one of my favorite albums of all time.

TIDES FROM NEBULA - Instrumental fusion. Hard to describe what these guys are doing as it is SO much. This band takes you on a sonic journey.

IF THESE TREES COULD TALK - Post-rock, Shoegaze, Metal. I listen to this album at least once a week.

@danny ---- I know you like the stoner metal, you may dig these bands:

MOUTH OF THE ARCHITECT: 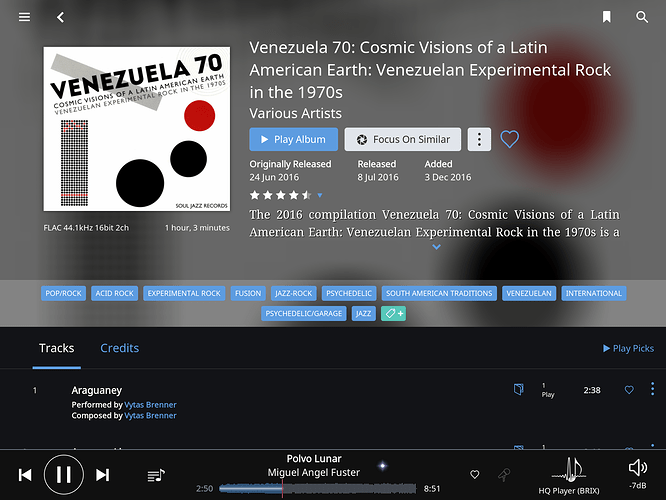 Picked this up today, it’s on Tidal also. Quite unlike what I was expecting.

The new King Gizz album (they are so prolific !), Flying Microtonal Banana is out in February. Includes some messing about with microtones (smaller than semi-tones) apparently. They’re touring in the US next March.

One of my fave King Gizz members, Ambrose (harp and vocals) has a side project called The Murlocs, a grungier brand of psycho than KG&TLW:

A few psych favorites of mine: 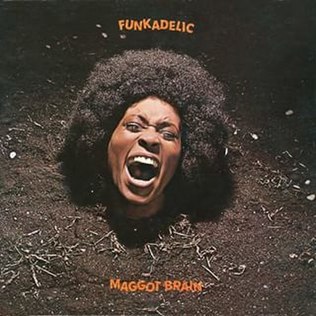 @danny I think you know this one 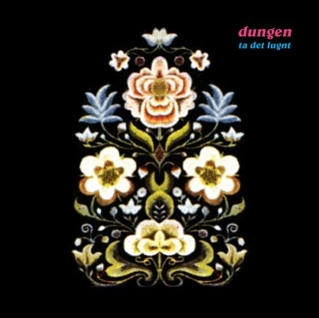 Wait, did you get Maggot Brain from my recommendation to @andybob a year ago?

Maggot Brain is one of my favorite tracks of all time, but I’m a big headphone guy, and I just can’t listen to that track on headphone

I really need a good crossfeed for Roon…

2 posts were split to a new topic: Favorite headphones and why?

3 posts were split to a new topic: Passion about music and inter-user future

If you like Dungen, try Steve Hillage’s early stuff, like Fish Rising. Tidal is blocked at work so i can’t see if it’s on tidal, but of course it’s here:

Also fun, if you’ve an appetite for the sillier stuff, is early Gong. Try the Radio Gnome trilogy. Steve Hillage played with them though you don’t hear so much of him in their records.

Another excellent release this year was 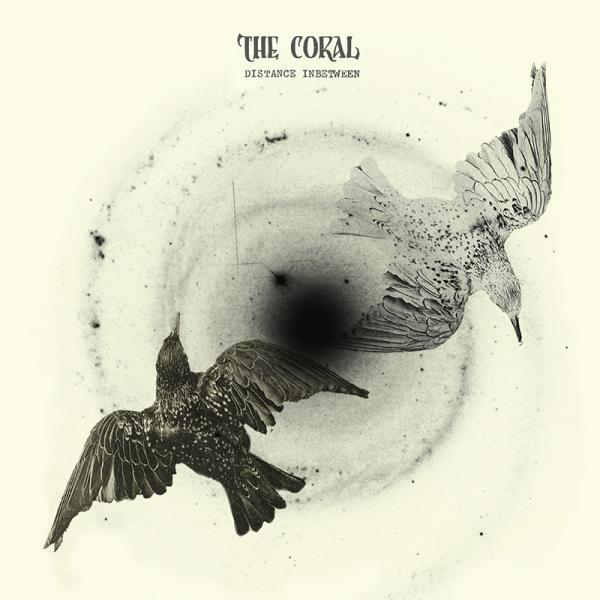 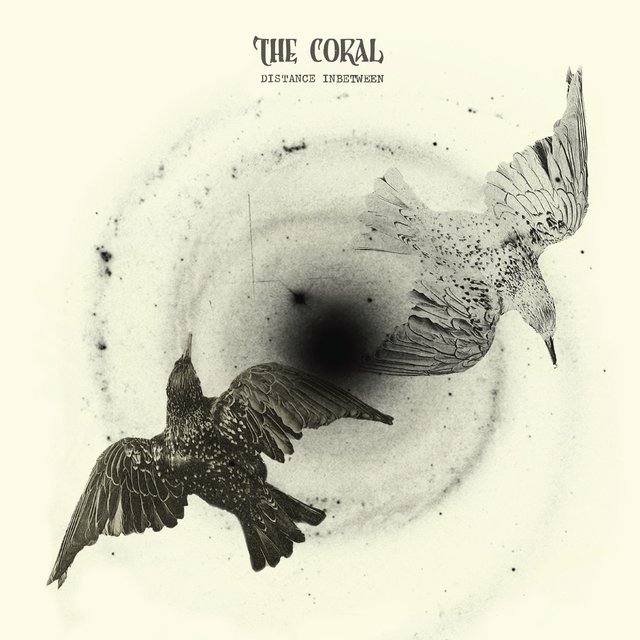 
Their back catalogue is absolutely solid. If you’ve never heard them, the eponymous debut album is a hoot and well worth trying.
andybob (Andrew Cox) January 18, 2017, 10:01am #32 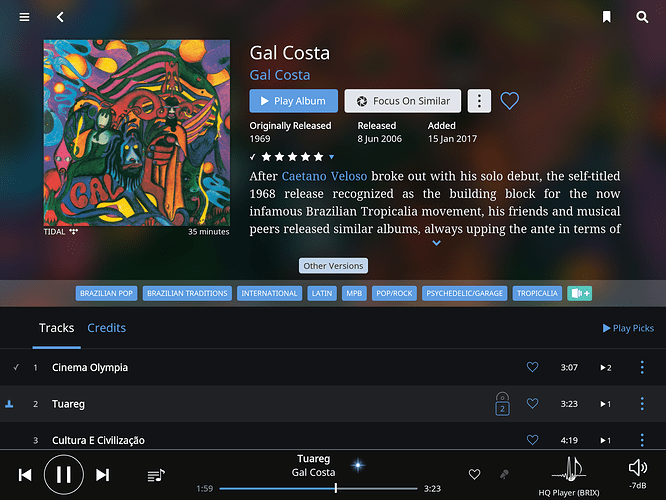