THANK YOU for getting Qobuz integrated into Roon. The complexity of my setup has just been reduced significantly.
I have the following album in my Qobuz favorites: 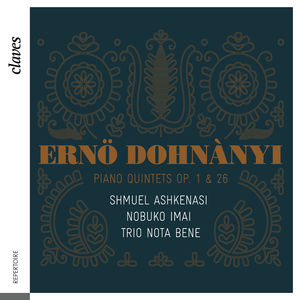 Hey @jacobacci – we think we understand the issue here, and we’re working to get it resolved. It will take at least a few days, but we’ll let you know how things are going.

Hi @mike I have a similar issue, I purchased two albums but only one is visible in Roon, searching for the album also does not work while it shows up fine in the qobuz app.

Hey @Maru – can you provide a link to the album on the Qobuz website?

Sorry should have thought about that before.

Hey @jacobacci – we think we understand the issue here, and we’re working to get it resolved. It will take at least a few days, but we’ll let you know how things are going.

@mike , possibly redundant as you indicated to be on top of this issue with syncing favourites with Qobuz, but I found similar behaviour:

Perhaps this helps to narrow things down?

Hi @Maru. Thanks for the link. There’s definitely something funny going on here and we’re investigating this with Qobuz.

This album is only available for purchase via download: The copyright owner rejects the streaming of this content. You can download this album or play snippets of 30 seconds in MP3 320 format.

May be this is the reason you don’t see it. 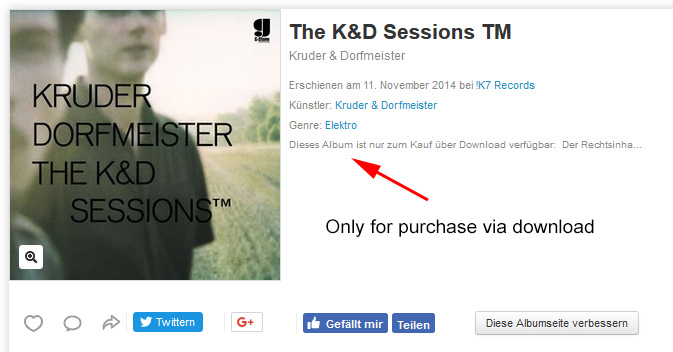 This is almost certainly what is going on: our metadata from Qobuz say that no region has streaming rights, and we won’t import a Qobuz (or TIDAL) album into your library if it’s not streamable.

It is confusing that, at first glance, the tracks are playable, but only for 30 seconds (if you are that patient). Oddly, I’m not getting that “Only for download” message in Qobuz’s app, nor via the web player. Where is that image coming from?

It’s the buy it screen, I was intrigued so clicked every button.

Where is that image coming from?

I searches for this album in my Qobuz account (Firefox Browser). Path: 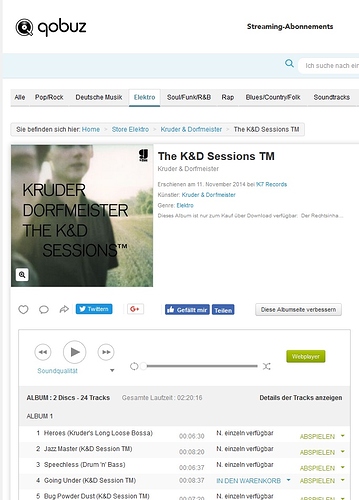 The hint is unfortunately only one line, one can not read it completely. But if you have “Allow text to be marked with the keyboard” in Firefox enabled, you can set the cursor in the first position and mark the textline with “shift >> end” and copy it.

Indeed it is. The album appears now and I am listening to it as I write this.
Thanks a lot

I am listening to new music during daytime using the Qobuz website. Stuff I like is added to my favourites. On multiple occasions it happened that only a subset of my recently added favourites is added to my Roon library when I am at home and start Roon Remote for the first time. 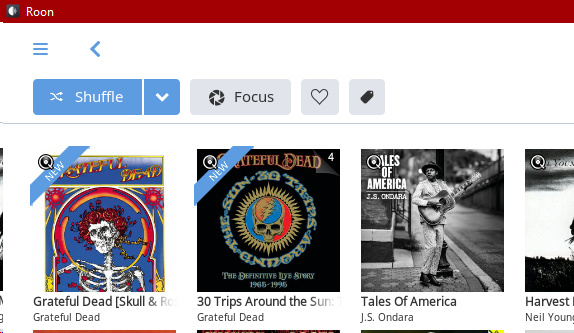 The albums within the red brackets have been added to my favourites in Qobuz all around the same time in the afternoon (approx. 2-3 hours ago)

I am having a similar issue. When I add a favorite to Qobuz, it will not show up in my Roon Library. This happens since a few days, possibly since the last update. Did not have this issue before.
The album does, however, show up in Roon when I click on Qobuz – My Qobuz – Favourite Albums. What to do?
Edit: Before these more recent problems, I was able to solve the issue by adding an album via Roon directly, which would then cause a complete re-sync (I guess), resulting in all Qobuz favourites showing up in the library. This workaround however does not work anymore.

Only solution I have found is to manually click on ‘add album’ when viewing the the album within Qobuz favourites.

That does work, but you are adding the album twice then, as it were. Would love to see this fixed.

We are investigating this syncing issue with Qobuz — We will be sure to keep you updated when we have new information available. We appreciate you reaching out!