I raised this issue a couple of days ago and thought that it has solved itself, however, it has not

Earlier today the music froze on one track (which it does every few days), so I rebooted the CORE to solve the problem

On pressing F1 I received the following 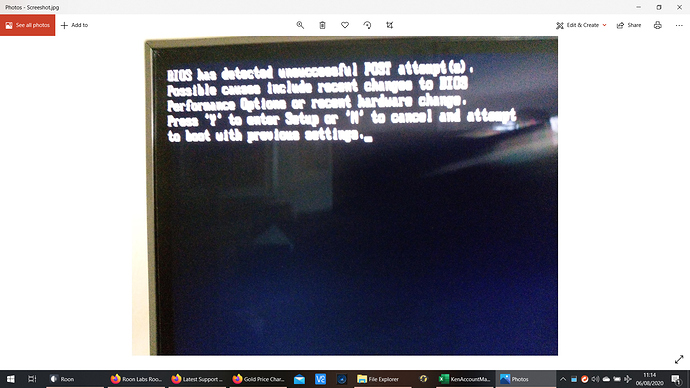 But eventually this message appeared 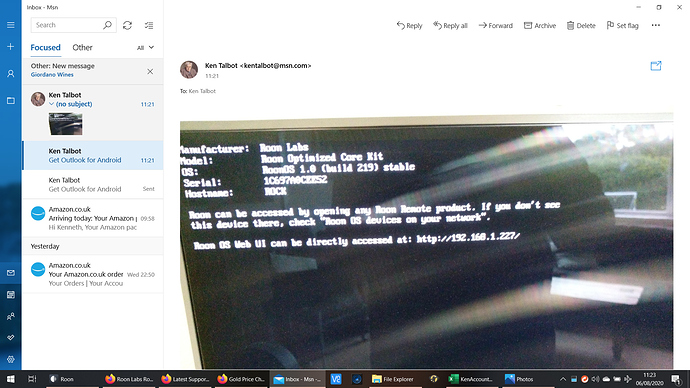 This meant I could control ROON again via a remote

On opening ROON I needed to re-input my account details and unauthorise the ROCK before it would connect to that same ROCK. All file information etc seems intact

This is the latest build information 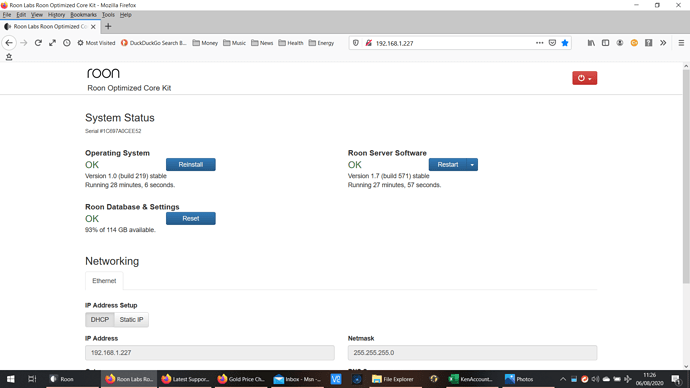 Interestingly playing the same track (a Qobuz one), which caused the issue in the first case, caused it to freeze again. However I just moved the track on and it was fine

I really am unsure what next, should I reboot again or re-install ROON again?

That message is coming from your drive’s error checking firmware.

My system reported a S.M.A.R.T. error on the drive | Seagate Support US

Explains what SMART alerts and errors mean and what you should do next.

Hope your Roon library is backed up.
Might not be too late to backup right now.

The Seagate drive is an external hard drive attached to the Intel NUC. If I understand you correctly it is this drive that is malfunctioning not the NUC

It is quite old and thankfully fully backed up

So if I purchase a new external drive and transfer the files this should fix the problem, Sorry if this is a bit basic as a question but that is my IT knowledge level

I am also quite old but not fully backed up!

The Seagate drive is an external hard drive attached to the Intel NUC. If I understand you correctly it is this drive that is malfunctioning not the NUC

No, probably not the Seagate. I just pointed to that web site because it talked about S.M.A.R.T. technology.

This would have been better -
https://en.wikipedia.org/wiki/S.M.A.R.T.

I am thinking that it is the Transcend Nvme drive.

This is coming from your NUC’s BIOS. Probably because it can’t boot from the boot drive.

It seems like if the Seagate external drive were bad you wouldn’t have the boot trouble that you do.

Yes a SMART issue indicates a hardware-related error, most likely with the boot SSD or RAM as the others have noted. I would try re-seating the RAM and making sure that the connections for the internal SSD/NVME Drive are securely connected.

If I replace my SSD - which is where I think the problem is - actually the card is a Transcend one - the one included in Roon’s list of necessary kit in your ROCK set up guide and it is only 6 months old - where do I start again in terms of the guidance notes for setting up a ROCK?

I assume the required BIOS plus necessary settings are still there, do I just copy the Roon image - what about UI files?

Once you have the new SSD, I would follow the original ROCK install guide:
https://kb.roonlabs.com/ROCK_Install_Guide

do I just copy the Roon image - what about UI files?

After you have followed the guide to install ROCK, you can restore the database to the new drive by using Roon’s Backup Manager.

@Ken_Talbot, Have you seen this thread. I don’t like where this seems to be going.

HW: NUC8BEH with 250GB M.2 SSD for ROCK and 4TB SATA SSD for Music I’m having a very strange problem with my NUC8. Now already for the third time my M.2 SSD in the NUC died after 2-4 weeks operation. I get an error message at the system start, which says “SMART status bad, backup and replace”. This message has to be confirmed with F1 to continue booting. Roon OS still boots and is reachable, but on the ROCK status page is displays “Roon Database & settings: Not ready”. Pressing the Reset butt…

This is a bit worrying

On removing the old SSD the plasticy backing had deteriorated somewhat i.e. gone brittle - so I assumed that it was definitely the SSD

There has been some focus on M.2 drive reliability on the forum this week. I also have a NUC 8 and while I haven’t experienced a SSD failure (yet?) … this is definitely on my radar. Many people praise Samsung SSD’s for reliability, so that might be a good choice rather than waste time and money on inferior drives.

Just checking in - did the new drive resolve the issue?

Thank you for your interest

Yes - it seems to have

This guy has had to replace his SSD several times 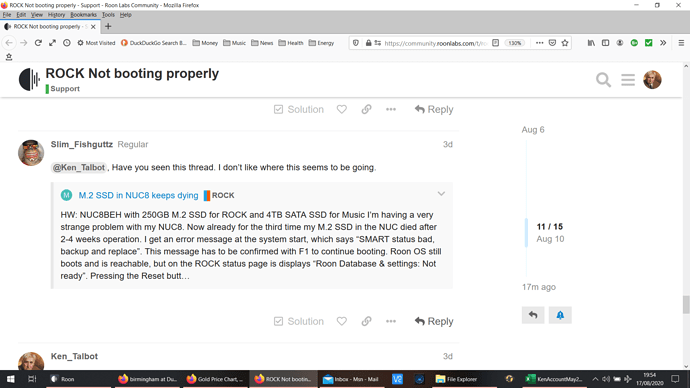 Thanks for the update @Ken_Talbot, looking into the other thread with the other users you flagged.
Do let me know if there’s any further issues on your end though.

5 posts were merged into an existing topic: Nucleus stopped responding - had to reboot